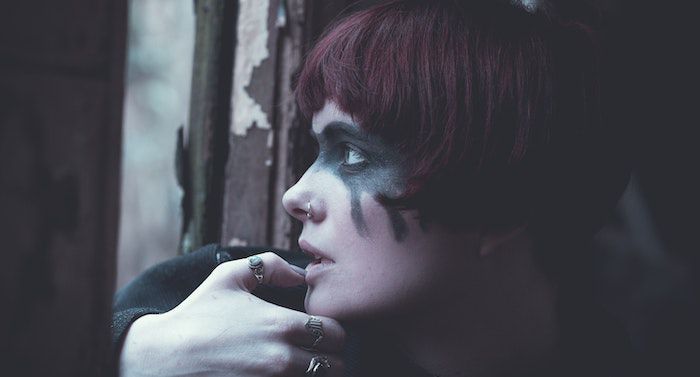 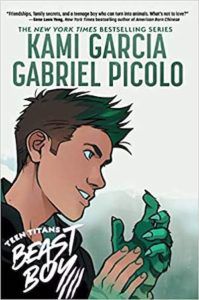 Garfield Logan has spent his life being overlooked. Even in his small town, the 17-year-old with green streaks in his hair can’t find a way to stand out—and the clock is ticking. Then Gar accepts a wild dare, and his social status soars. Overnight, Gar grows six inches, his voice drops, and he’s stronger and faster. He’s getting everything he wanted, but his popularity has a price. When Gar realizes the extent of his physical changes, he has to dig deep and face the truth about himself—and those who truly matter—before his life spirals out of control. 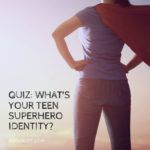 What is it about high school that makes us return to it as a well for stories over and over again? Maybe it’s that it’s a unique time in life where we felt like grown-ups, but we were stuck in systems that treated us like children. We started to have a complex understanding of the world, but our brains were quite literally not fully formed. Our lives were filled with angst, but many of is had a level of freedom that we might not see again: school took quite a bit of our time, and there was the odd part-time job, but within the constraints of school and parental rules, we had the kind of free time that we can only dream of now.

Comic books, of course, like to add another layer onto this push and pull as they throw superpowers into the mix hormones and angst. Maybe it’s difficult for adult superheroes to hid their powers at work, but you try pretending you don’t have super strength and super speed during gym class. Comics are full of teen supers who’d love to join the sports team of their choice, but can’t because they’d risk injuring their classmates and exposing themselves to the world. There’s an innocence to stories about teen supers that make them even more fun to read than stories about adult heroes. They’re young and enthusiastic about their powers. They haven’t had time to be jaded, and they still think that they might just save the world.

So take a few minutes and imagine yourself back in high school: remember the smell of pizza Fridays mixing with the smell of too much cheap perfume and cologne. The sounds of sniggering from the back row of the classroom and the sharp piercing bell announcing the end of the period. The feeling of un–air conditioned classrooms and hard plastic chairs. And then imagine that maybe you’ve got a secret: maybe underneath your trying-to-fit-in clothes you’re hiding the ability to leap tall buildings, or hit a target every time, or to fly.