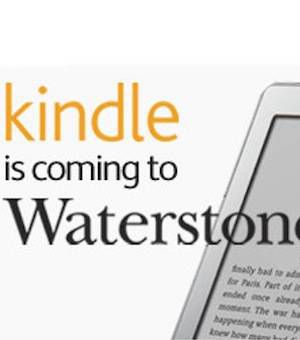 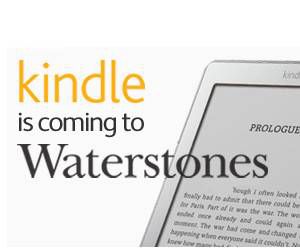 While I was talking on the Internet about the newish Nook Simple Touch with Glowlight, it was brought to my attention that those outside of the United States couldn’t partake of this fun new reading device. This is because, though rumors circulated this spring that Barnes & Noble was going to partner with British bookstore Waterstones, the deal did not go through since Barnes & Noble was not ready to go global. Instead, Watersones partnered with Amazon to bring the Kindle into their stores.

While many claim that they think Nook has a better design than Kindle, a popular fear is that Barnes & Noble will go out of business (and take one’s electronic library with them), which prompts a higher percentage of people to buy from Amazon. Though Barnes & Noble has been closing down some of their brick and mortar stores, they have opened a rapidly growing digital operation in Palo Alto. While they weren’t ready to grab the Waterstones deal this spring, they do claim to be working toward expanding globally.

There’s no guarantee that Barnes and Noble will ever catch up with Amazon, but the point is that they’ve taken a chunk out of Amazon’s enormous lead and will continue to work to take more. Though they don’t seem to plan on opening their physical stores abroad, they will have the benefit of observing Amazon and Apple doing business in other countries first. What they do have over Amazon and Apple is their name (and the world-wide recognized name of Microsoft), which is not to be discounted. Barnes & Noble followers often have very specific reasons for loving the stores and their electronic products, whereas Amazon (book) customers tend to enjoy the prices. This may always be Amazon’s greatest asset, and it’s an important one to many consumers. However, their name has been tarnished in various ways, and they have big strides to take to scrub their image, something that they must be hoping Waterstones can help them with in the UK, where they’ve created a soiled name for avoiding taxes for the significant money they’ve made there.

What is the future of global ereading? We’ll still have to wait and see – but it will no doubt be exciting. And for those of us who are eager to see, it’s time to pick your teams and place your bets.