Like speculative fiction, slipstream’s definition varies depending on who you ask and with what context. Is it a sub-genre? Is it its own animal? And how do contemporary authors feel about the term?

For this overview, we’ll tackle slipstream’s origins, its modern uses, a couple author interpretations, and give some examples on what may currently be considered slipstream (though some of you may disagree, and that’s okay!). In the end, you the reader will ultimately be the judge for where on the spectrum of weird or speculative fiction slipstream resides.

The Origin of Slipstream

The first time slipstream was coined was in the essay “Slipstream” by Bruce Sterling published in SF Eye #5, July 1989. You can find a full text of the essay here.

At the time of publication, Sterling lamented, even mourned, how science fiction had lost its identity and power.

“‘Science Fiction’ today is a lot like the contemporary Soviet Union; the sprawling possessor of a dream that failed,” Sterling stated. “Science fiction’s official dogma, which almost everybody ignores, is based on attitudes toward science and technology which are bankrupt and increasingly divorced from any kind of reality.”

He referred to an interview with Carter Scholz, who hailed mainstream/literary authors as shouldering the weight of successful, meaningful speculative fiction of the times: Margaret Atwood, Don Dellilo, etc. Sterling then goes on to name “slipstream” for a group of books that straddle the fence of mainstream and genre, even acknowledging the term as a parody of the word “mainstream.”

Sterling admitted it’s not clearcut what slipstream is. Most of the essay brainstorms and then acknowledges arguments against the term. In a nutshell he wrote, “this is a kind of writing which simply makes you feel very strange.”

Slipstream novels are categorized as not strictly under science fiction, fantasy, or horror, but may be recommended by their ardent readers. On the other hand, a mainstream reader may also recommend a slipstream novel. Although they may add it might be a bit on the weirder side. When successful, slipstream authors can jump into genre or literary/mainstream circles. But Sterling wrote that’s the trouble as well:

“Their work is too weird for Joe and Jane Normal. And they lose the SF readers, who avoid the mainstream racks because the stuff there ain’t half weird enough.”

Let’s remember, though, that this essay published in 1989. Weird and speculative fiction has certainly evolved since then, so what has become of slipstream?

The New Slipstream: A Few Interpretations

James Patrick Kelly and John Kessel edit an anthology titled Feeling Very Strange: The Slipstream Anthology. Among those in its table of contents are many authors we know and love in speculative fiction: Aimee Bender, Ted Chiang, Karen Joy Fowler, Jeff VanderMeer, and others. In its description, slipstream stands “poised between literature and popular culture,” with stories of “visionary strangeness” that specifically defy science fiction.

Author Matt Bell, of the upcoming novel Appleseed and well-known for his speculative fiction, counts Feeling Very Strange as his first encounter with slipstream:

“For me, the term slipstream (which I never encountered all that much, as evocative as I found it) was for a time a portal to the worlds I wanted to visit: so many of my favorite writers could be collected under such a term, people like Aimee Bender, Kelly Link, Ted Chiang, Jeff VanderMeer, Jonathan Lethem, Jeffrey Ford, and the others who appeared in Feeling Very Strange,” Bell wrote in an email to me. “I don’t know if I ever thought of the kind of writing I was doing using the term, but wherever it still appears I expect to find kindred spirits — the writers collected under slipstream fifteen years ago (or under speculative or fabulist or nonrealist or genre-bending today) are and always will be my people.”

Isabel Yap, author of the collection of stories Never Have I Ever, had her first encounter with slipstream while submitting to (and later reading slush for) the now defunct journal Interfictions Online, which specialized in interstitial works.

“To me [slipstream] has some relation to writing that is weird or uncanny, but I also feel like a slipstream story is necessarily tethered to our world in a distinct way,” she wrote in an email, then added, “The word slipstream itself calls to mind something thin and permeable, darting in and out of a body of water, or drifting from one world (ours) to something else. That slippery, delicate quality sets it slightly apart from other pieces that might also be classified under weird fiction.”

Which brings us to the three examples listed below. Each are a bit weird for mainstream, but also not quite genre. Perhaps some may be not weird enough for some readers. For others, these picks may be too weird. 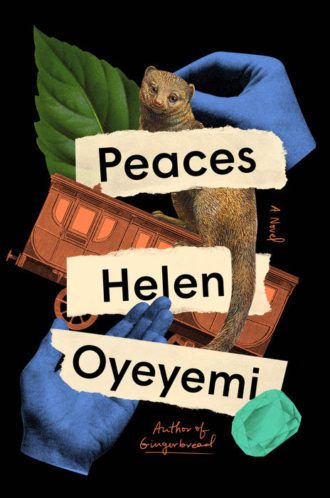 Arguably, Oyeyemi’s whole bibliography could be counted as slipstream, but her most recent book really nails the “feeling very strange” vibe. Otto and his partner Xavier take their pet mongoose on a vacation via a sleeper train, only the train seems endless. There is seemingly no one else on board, save for whispers of movement and activity. Oyeyemi does a great job making her characters and readers feel a tad unmoored by their surroundings, giving character to houses, trains, and the like. If you enjoy this book, check out Book Riot’s Reading Pathway on Oyeyemi for more recommendations. 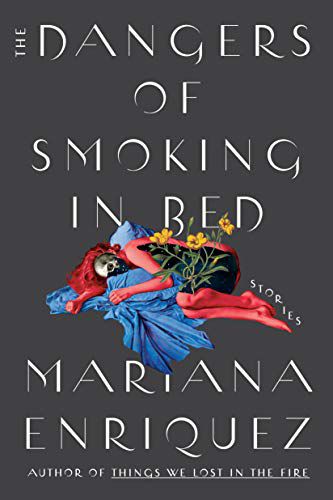 The Dangers of Smoking in Bed: Stories by Mariana Enriquez, Translated by Megan McDowell

Shortlisted for the 2021 Booker Prize, Mariana Enriquez’s stories are a testament to the craft of short fiction. Additionally, Enriquez can write stories that haunt and terrify as much as any classic horror story. Her tales are uncanny but are based in this world, often centering on the horrors experienced by children and the vengeance they enact in this life and the next. There is just the right amount of strangeness to want to keep the light on all night. Also, I had the weirdest and most vivid dreams after reading this book. There are images that will stay with me forever. Enriquez has another collection of stories published before this one, titled Things We Lost in the Fire, which also has heavy slipstream vibes. 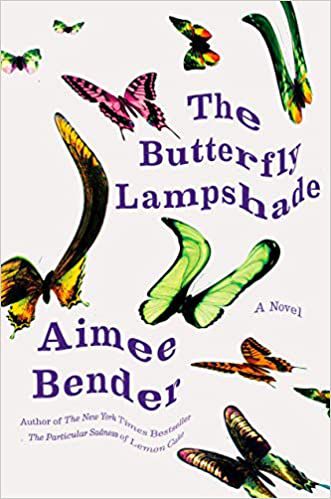 The Butterfly Lampshade by Aimee Bender

Aimee Bender is a master of strange stories. Her most recent novel makes no exception, with a coming-of-age story showing the other-worldly power of objects and memories. It begins with the main character, Francie, swallowing a butterfly that matches the butterflies on a nearby lampshade. This happens while her mother is having a psychotic episode, and as Francie grows up, more, similar events happen, and she has to come to terms with the reality of those moments, and what they mean. Bender is able to infuse such emotion with her stories, pairing strange occurrences and abilities with powerful relationship dynamics. If you enjoy this book, I recommend diving into her short story collection The Girl in the Flammable Skirt.

Readers looking for slipstream books present one of those delicious challenges for booksellers and librarians. Book Riot’s Tailored Book Recommendations is a great place to start for those searching for more slipstream ideas. As readers with years of experience searching for the books in our unique wheelhouses, the bibliologists can provide additional examples for those looking for books under the speculative and slipstream umbrellas.

Overall — at least from this brief exploration — slipstream is a purgatorial genre, a between place. It is that edgy, strange fiction that we as readers often cannot define off the top of our heads (“Something different, something weird, but not too weird”). Perhaps slipstream is a dated term and no longer relevant. Perhaps it’s only a functional genre for those who read in that niche, but that in itself makes it valid. As Yap said, “It’s useful if someone finds it useful. I don’t hear it referenced often but I do personally appreciate it for its specificity.”

So if you are looking to experience slipstream, search for the stories that readers find hard to define. Books just left of center. Different. Resistant to labelling. Perhaps genre but not genre enough for some readers. Stories that hold tight to the world we know, but with just enough off kilter to make us feel unbalanced, weird, and feeling, quite frankly, very strange indeed.