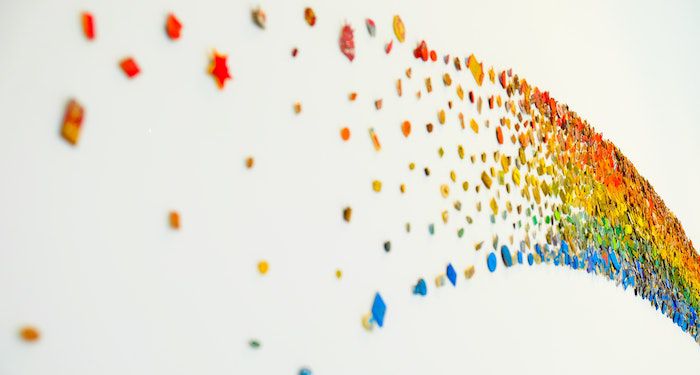 Queerness has been explored in fiction in myriad ways. Nowadays in western media, and particularly in literature, there is much more outright representation of queerness than there was even just a decade or two ago. But that doesn’t mean that queer coding and queerbaiting are things of the past. These are two terms that are often used when we talk about queer media, but not always used accurately. So, let’s have a look at what queer coding and queerbaiting actually are, and what the differences are between them.

The idea of queer coding is quite simple. It’s when characters may not be explicitly stated to be queer, but there is enough subtext available for an audience to read them as queer. Instead of explicitly being queer, they are coded as being queer.

Queer coding is not inherently negative or positive. Historically, coded queer characters have been used in media when authors couldn’t simply write their characters as queer because queer identities were not accepted. We can see this with authors such as Carson McCullers, in her exploration of her characters and the themes in many of her works, including The Heart Is A Lonely Hunter. It’s one of the ways that queer authors would write queerness in their work at a time when explicit queerness may not be acceptable. Queer coding has a really important place in media now too, because even now many people and places face stigma — or worse, persecution — for writing queerness into their work. A great example of this is the popular Chinese historical fantasy show The Untamed, based on the web novel Mo Dao Zu Shi. While in the web novel, the characters of Wei Wuxian and Lan Wangji are explicitly queer, because of Chinese media censorship, these same characters are coded as queer in the TV show.

However, queer coding can be used in a negative way. Especially when we see patterns of how queer coding has been used to negatively impact queer people. One of the more famous examples of queer coding in media is Disney. Historically, many of Disney’s villains have been coded as queer. This can be seen in the way these characters are drawn, from their “feminine” characteristics — which are often highlighted opposite the main characters’ appropriately “masculine” characteristics — and even the fact that many of these male Disney villains sport very obvious eyeshadow. Some famous examples of queer coded Disney villains are Jafar from Aladdin and Scar from The Lion King.

So, queer coding is not inherently bad, but when used to overwhelmingly portray villains more than heroes in a lot of media, it can have an incredibly harmful impact. It’s important to consider the history and patterns of queer coding when using this term to critique media.

Queerbaiting is when a piece of media hints at queerness being present in it, but doesn’t actually include any queer representation. It is usually done to draw audiences into a piece of media, specifically queer audiences, and is ultimately very harmful.

There are a lot of examples of queerbaiting in the media, and one of the more popular examples in literature happened in Harry Potter, after the books were already published. J.K. Rowling claimed in 2007 that Dumbledore was gay and acted surprised that nobody had read into his queerness in the book, despite the fact that she hadn’t written him as explicitly queer, and nor, in fact, had she clearly coded him as queer. Later on, as the Harry Potter franchise has grown, J.K. Rowling has continued to refuse to address Dumbledore’s sexuality explicitly, despite many opportunities to do this. In fact, when she and David Yates, one of the directors of Harry Potter, were asked about Dumbledore’s sexuality and how it would be depicted in the Fantastic Beasts film, Rowling claimed that fans should “watch this space.” It doesn’t get much more queerbait-y than that.

Another famous example of queerbaiting in media is in the show Supernatural and the characters of Dean and Castiel (the ship being known as Destiel). For many years, the show has increasingly focused on the relationship between these two characters, while keeping the status of their relationship ambiguous. Is it a platonic relationship or a queer one? While fans of this specific ship grew even more, focus on the relationship grew too…but no clarity on their dynamic was offered. In fact, there are many things that hint at Dean and Castiel’s queerness thrown into the show, including explicit flirting between the characters, along with many references and jokes. The producers of the show have even hinted at the queerness of the characters in interviews, suggesting that there is potential for these characters to be queer. Yet, the character of Dean is never explicitly queer, and they are never explicitly in a romantic relationship.

Queerbaiting and queer coding are often mistaken for each other. There is a similarity between them: both queerbaiting and queer coding use subtext to hint at queerness, and both can have a negative impact. However, queer coding has historically been used to explore sexuality when this may not have been allowed otherwise. Queer coding exists in neutral space, and can be utilised both positively and negatively. Queerbaiting, on the other hand, is only used to draw queer audiences into a piece of media, and its intention is never to meaningfully explore queerness. It always has a negative impact.

It’s important to know the distinctions between these things, and their historical usage, especially when we’re using these terms to be critical of media. Because, as we see, queer coding can often be helpful to queer creators who want to express queerness in their work but are perhaps unable to do so because of censorship, or because they’re trying to retain their own safety as queer people. But queerbaiting continues to take space from queer creators and causes a lot of harm to the queer community. The more aware we are of the distinctions between these terms, the better we will be able to engage in media criticism, and hopefully work on making more space for queer creators and queer works that do not bait audiences.