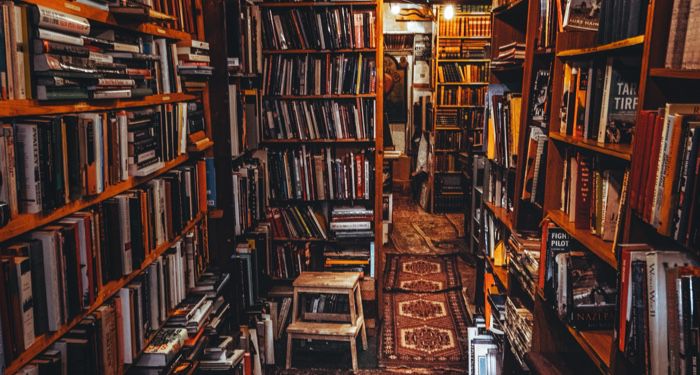 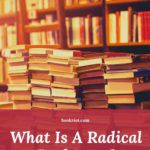 Note: All views expressed within this piece are personal viewpoints of the interviewed, not necessarily reflective of all other bookstore collective members, or the respective stores overall.

What is a radical bookstore?

When I asked them about what defines a “radical bookstore,” all of my interviewees were quick to remind me that the term “radical” has quite a wide range of meanings and connotations that are often charged in the mind of the reader. In general, though, a “radical bookstore,” is one that operates unconventionally, and with a specific mission of effecting societal change. Meaning, most radical bookstores have a clearly defined social mission decided on by collective members.

For example, Wooden Shoe, which is an all-volunteer collective located in Philadelphia, is an organization with the mission to “embody the principles of anarchism and other movements for social justice; strive to provide the local community with radical and non-traditional sources of written, digital, and spoken information; and to be an empowering resource for activism, organizing, art, self-education, dialogue, community-building, and the anti-capitalist struggle.”

This collective was established in 1976, when a group of leftist political activists in the Philadelphia era joined together to “launch a project promoting libertarian socialism and anarchism.” Carl Craft, a collective member of the Wooden Shoe, explained that this idea was born out of an era of widespread left-leaning political activity including the opposition to the Vietnam War, the civil rights movement and the opposition to racism, feminism, LGBTQ theory and activism, union activism, and more. Most of the early collective members had experience organizing in leftist political parties or organizations, including Socialist Labor Party, Students for Democratic Society, and unions, which is how they met and decided to start the project together.

The early Wooden Shoe collective members pooled their personal savings to purchase the initial book titles and materials, and to pay rent at the original location, which was a below street level—literally underground—retail space on the edge of Philadelphia city center. “Being anti-capitalist, those giving start-up funds expected no ‘returns on investment’,” says Carl.

On the other side of the country, Left Bank Books in Seattle began in 1973, with a similar story—a group of active members of the radical community decided to form their own collective bookstore at the Pike Place Market. Left Bank Books is still located there today, serving the community’s needs. Though the Wooden Shoe physical location has moved, it is also still serving the Philadelphia community today.

Mission and ethos aside, radical bookstores are also distinct to traditional bookstores in the stock they carry. Collective member Joan Ross tells me that Left Bank Books generally carries stock with a far-left political slant, and books that have been written by marginalized groups the collective wishes to center and emphasize, including writing by people of color, queer folk, disabled people, anarchists, etc.

Left Bank Books also carries a lot of zines written by community members. Zines—a type of self-published DIY pamphlet or mini magazine—are a common fixture in many radical bookstores because of their role in allowing traditional marginalized voices to publish without the constraints of mainstream for-profit publishing. Many of the zines available at Left Bank Books are free to the public, and they cover a lot of unconventional topics. “We literally have a zine guide to shoplifting in the store right now,” Jean tells me.

What about community programming?

Most radical bookstores participate in some kind of mutual aid community programming as part of their mission. For Left Bank Books, their primary community programming is in partnership with their sister organization, Books to Prisoners, a non-profit that mails free books to incarcerated prisoners. Books to Prisoners receives an average of 1,000 requests for books per month, which they provide free of charge, no questions asked. Left Bank Books partners with Books to Prisoners by providing them a permanent mailing address, occasionally purchasing books on their behalf, and selling their excess stock to cover some of their postage costs.

Ross says that both long-standing organizations have such purpose and demand they could exist independently, but their collaboration since 1973 has provided stability and “a solid bedrock of meaning,” which has been mutually beneficial for both organizations.

Additionally, in non-COVID times, spaces like Left Bank Books or Wooden Shoe are typically community gathering places where public readings and community meetings alike occur. For example, Wooden Shoe frequently serves as a meeting and organizing space for local tenant and housing groups, and Left Bank Books has served as the home of reading groups and a the drop-off-point for a mutual aid effort to redistribute cold weather clothing to unhoused people across Seattle.

What does it mean to operate as a collective?

At Left Bank Books, Ross explained, there are two kinds of participants in the bookstore’s ownership and operation. General volunteers participate in the store’s activity at least three hours a week, and have the option to engage as much beyond that as they would like. Their responsibilities include running the front desk, shelving books, tidying or cleaning the store, occasionally writing book reviews, etc.

Core collective members participate in the store’s activity for seven hours at a time, and have a much higher level of responsibilities and commitment, for which they are also paid minimum wage for their work. Their tasks include budgeting and operation, ordering books, receiving orders, taxes, bill payments, publishing duties, managing store events, etc.

Though volunteer-run and collectively owned look different in practice across various operations, in general, collectives embrace non-hierarchical structures—critically, there are no bosses—with the hope to empower members through “worker self-management and a consensus decision-making process,” according to Craft.

Is there a radical bookstore in my area?

Some radical bookstores have developed creative solutions for dealing with COVID-19. For example, Anarres Infoshop in Portland, Oregon, ditched their physical store for an RV this summer in order to be more flexible in delivering on their mutual aid work.

From Ross’s perspective, Anarres Infoshop seems to have “de-emphasized the role of selling books, and changed into a mobile distribution program for groceries, zines, sanitizer, LPs, and—I believe—still books,” adding, “I’m deeply impressed with how they paid pretty much no mind to common ideas of how a ‘retail space’ is supposed to function.”

Another radical bookstore, Minneapolis’s 10-year-old Boneshaker Books, closed its doors in March until a new collective of volunteers and former customers launched a $35,000 fundraiser to reopen six weeks later. Like Left Bank Books and Wooden Shoe, Boneshaker Books houses grassroots organizations like the Women’s Prison Book Project and Twin Cities Democratic Socialists of America, and provides a community meeting space for local groups. It is both community hub and bookstore.

Regarding the decision to fundraise and reopen, two volunteers from the Boneshaker Books collective, Elizabeth Wrigley-Field and Corbin DeWitt, told Publishers Weekly, “Books help us envision the futures we want, and the futures we fear. What comes after this phase of the pandemic will be determined by a clash of contending visions: some double down on the ugliest aspects of our society; others point toward something better. But we can only effectively fight for—or against—futures that we first imagine. Bookstores have a unique role as incubators of our imaginations.”

It’s true that as book lovers, we have a tendency to romanticize the role of books, and our favorite bookstores, in our lives. But it’s hard not to romanticize these historically significant spaces, these meaningful community projects, and these catalysts to new and revolutionary knowledge. Undoubtedly, there is a lot of heart, and purpose, and meaning in these organizations.

As Ross puts it: “I’ve been involved with Left Bank Books for three years, and in that time, I’ve made friends, found partners, gone to shows, read an absolutely staggering number of plot summaries for books I’ll never open, been harassed by far-right jerks, and slept in the store. There’s no way to talk about Left Bank that doesn’t feel either understated or saccharine, but if other radical bookstores are anything like it, then I’d say that the whole radical bookstore space is doing a lot of good for a lot of communities.”