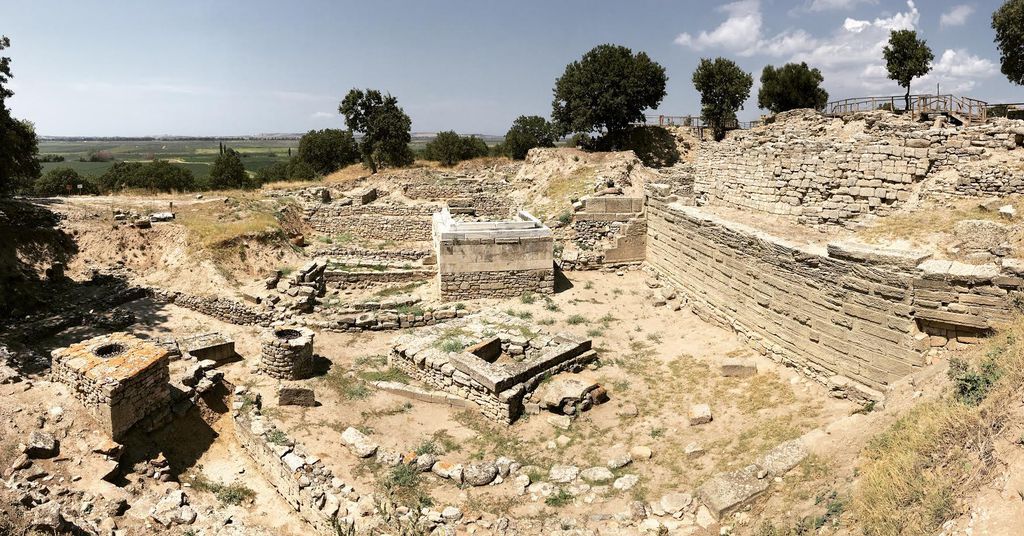 The Iliad — a work of fiction known for being the only one where Sean Bean survives to the very end.

Or is it fiction?

I remember the first time I read the Iliad and the Odyssey as a kid on holiday in our family home in the Egyptian countryside. “Sing, Goddess, Achilles’ rage.” I was always Team Hector, because he gracefully handled his brother’s misadventures and the ensuing war, whereas Achilles had a penchant for sulking.

The war of Troy had always lived on in my mind’s eye—the city’s walls, the duel of Hector and Achilles, the splendor of Agamemnon, dignified Priam, the strength of Ajax. The heroics of the Greek heroes though seemed a world away on an idyllic afternoon in the Egyptian countryside.

So you can imagine my excitement as I got on a plane from Istanbul to Canakkale, a city situated on the strait of the Dardanelles, and a mere half hour drive from the Hisarlik hill, the site of ancient historical ruins that are now widely accepted as being the Troy of Homeric legend.

Even more exciting was why I was going there. The team of archaeologists working on the site, led by the self-described hippie Rustem Aslan who has been working in Troy since the 1980s, are zeroing in on new tantalizing clues pointing, maybe, towards the historicity of the war in the Iliad. 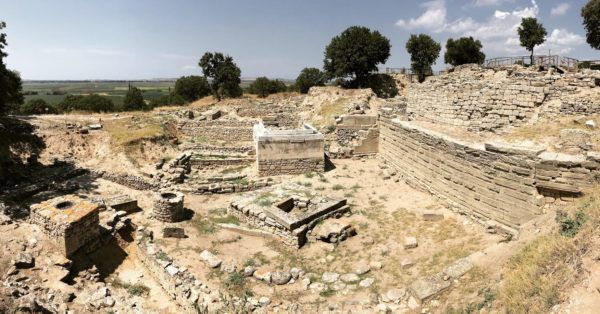 A panoramic view of one of the walls of Troy

“Priam, Achilles, Hector, if they lived and died here, we cannot prove that 100%, but if you work inside for 30 years, night and day, winter or summer, surrounded by this landscape, you can feel it. You start to believe,” Aslan told me as we toured the site. “When I look at the walls and the landscape, the birds and plants, I see the world of Homer, the world of the Iliad.”

The site of ancient Troy contains the overlapping ruins of ten different cities. Troy I is the oldest, dating from 3000 BC, but the one believed to be Homer’s is the sixth city, which dates to around 1300 BC and the late Bronze Age. The site is well-preserved but kept deliberately minimalist. Aslan says he wants people who visit to imagine Patroclus trying to scale the walls, or Achilles and Hector dueling on the plain. 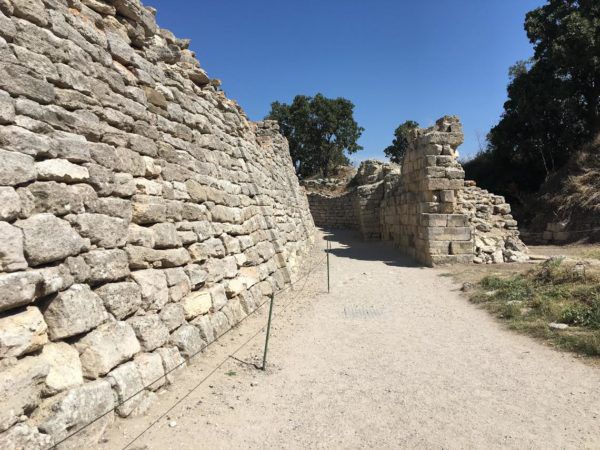 One of the entrances to Troy VI

There is much evidence to support the claim that the site near Canakkale is the Troy of legend. Descriptions of the landscape and geography correspond to the area as it was during the late Bronze Age, as does documentary evidence from the Hittite Empire that allied with Troy, called Ilion, Ilium or Wilusa in antiquity. The religious sanctuaries built on the site indicate that as early as the 7th century, settlers treated the citadel as a holy site.

It’s been posited as the scene of Homer’s Iliad as early as the 19th century, and today the site is a Unesco world heritage zone acknowledged as the likely place of the legend.

So there is a historical basis to the story. But what Aslan and his team set out to do was to add more pieces to the puzzle, to gather clues that point to the destruction of Agamemnon and the Aegeans’ war on the Trojans. And they’re starting to uncover some tantalizing clues.

The main focus of their digs over the last 2 years has been just outside the southern gate of Troy’s citadel, through which the Aegeans likely stormed the palace and the abode of Priam. Just outside that gate, they uncovered the remains of a late Bronze Age street and a house directly connected to the street where commoners likely lived, and they date from the same period as Troy VI of the Iliad. It is just one part of an extensive network of homes outside the citadel walls.

It is here that evidence of the war of the Iliad can be found. Even knowing where to look is hard. If they can uncover that evidence of violence, as they did elsewhere on the site, they could add another piece to the puzzle showing the historicity of the war whose legend was passed down the ages. But we’ll have to wait until later this year, when the hunt resumes, to find out.

Next year will be big for Troy. Turkey’s culture ministry has announced 2018 will be the Year of Troy, with exhibitions and cultural events, and a new museum is being built outside the ruins. They hope artifacts like Priam’s Treasure, currently in Moscow, will be returned.

And we may find out more about one of the founding tales of western literature.