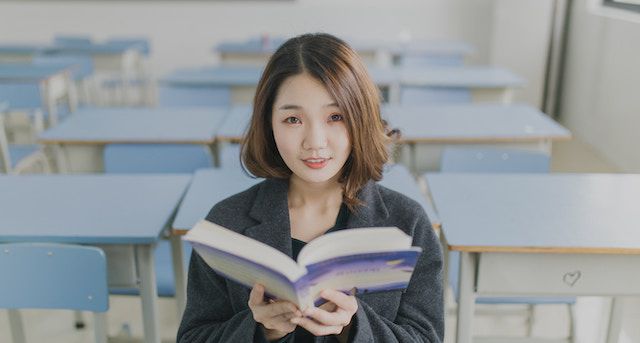 At the end of 2018, I looked back on my favorite first-time reads for the year was struck by something interesting. Four out of seven of them were written by authors of Asian descent: Elif Batuman (The Idiot), Aja Gabel (The Ensemble), Kazuo Ishiguro (Never Let Me Go), and Weike Wang (Chemistry). 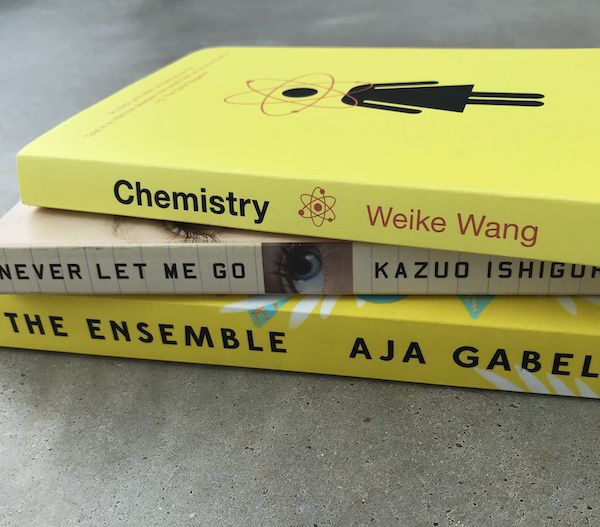 And what a rewarding journey it’s been. Here are a few things I’ve learned about myself, the authors, and the industry.

I’ve always loved fiction because recognizing myself in well-drawn characters makes me feel less alone. Because so many of these Asian American authors’ stories include characters who are similar to the authors themselves, I found myself identifying with even more of their experiences. Even the most ordinary details were thrilling to read—like the distinctive experience of tasting mooi, a Chinese preserved salted plum that Stacey Lee writes about in Outrun the Moon: “The mooi sets off all the water sprinklers in my mouth, sour and salty all at once.”

Then there were the stories that addressed some of the emotional complexities that come with the feeling of cultural otherness. YA authors David Yoon (Frankly in Love) and Misa Sugiura (It’s Not Like It’s a Secret, This Time It Will Be Different) capture the sensation of being an Asian American teen and wishing for a “normal” life, then feeling guilty for feeling that way. Both authors also tackle a theme all too familiar to many Asian American teens: feeling caught between the unfair racial stereotypes held by their classmates toward them and the unfair racial stereotypes their Asian immigrant parents hold toward their classmates.

The most intriguing Asian American experience I’ve come across in these stories is something that I sense, even if it isn’t always expressed overtly in the story. Sugiura articulated it perfectly in my communications with her for a Book Riot piece I wrote in May 2019: “a lot of East Asian teens feel more closely connected to their white counterparts than their Latinx, Black, and Native classmates.” Her words made me jump out of my seat. She totally gets it.

Author Celeste Ng said something similar when I saw her at her Little Fires Everywhere book signing in Dallas. Ng told us she wanted to explore how Asian Americans fit into racial politics. She was inspired, she said, by feeling “almost White” when she was growing up. Again, I was electrified: “I’m not the only one. This is why I need to read more Asian American authors.”

It’s easy for some of us East Asian Americans to get so caught up in our own voices that we forget to read the stories of other groups of Asian Americans. When I wrote about winners of the Asian/Pacific American Award for Literature, I was thrilled for the opportunity to read stories by Adib Khorram (Darius the Great Is Not Okay), S.K. Ali (Saints and Misfits), and Marina Budhos (Watched).

At times, I was reminded of the shared experiences between all Asian Pacific American groups. When Khorram’s character, Darius, travels to Iran, his country of origin, and feels like a tourist, everything about it resonated with me. Other times, my eyes were opened to stark differences between cultures. Naeem, the Bangledeshi American teen in Budhos’s novel, lives with a sense of being watched in a way that I never have. His story sharpened my compassion for and understanding of people who aren’t like me—yet another powerful reward that comes from reading fiction.

Inspiration For My Writing

The more Asian American authors I read, the more inspired I am to write about their books. This year at Book Riot, I’ve been able to introduce their voices to readers by covering winners of the Asian/Pacific American Award for Literature, introducing upcoming titles I discovered at Book Expo, and directing people to short stories written by Asian American YA authors for New York Times.

In my own fiction writing, I’ve found myself more aware about how my cultural heritage both should and shouldn’t inform my own characters. I’ve been asking myself questions such as: Is this the right character or story to introduce such an important theme? Does it feel forced? Does it ring true?

All of us Asian American writers have varying perspectives to bring to the table—and I’m excited to figure out what mine is in both the editorial and fiction spaces.

Optimism in the Industry

One of the things that stayed with me after hearing Celeste Ng at her book signing was her optimism for the future of the publishing industry. Not only does she see an increasing number of readers realizing the importance of diverse stories and writers, but she also feels hopeful about Asian American authors not being held to expectations to write in a certain way. She’s been pleased, she told us, with the industry’s willingness to recognize more themes than race in her stories.

I also felt hopeful when attending Book Expo this year. I was excited to see so many authors of color promoted, and I also attended a handful of encouraging sessions that addressed diversity in the industry. In one panel discussion, Da Chen, whose most recent book is Girl Under a Red Moon: Growing Up During China’s Cultural Revolution, said he used to resent being “the Chinese writer,” but as he’s gotten older, has begun to realize the world needs just that. Mindy Gibbins-Klein from Panoma Press gave a presentation about the importance of inclusive publishing, which she says gives authors voice and readers the opportunity to broaden their horizons.

Why I Think You Should Read More Asian American Authors

Whether or not you’re Asian American yourself, I invite you to keep reading the things you already love, but also to pick up a book by an Asian Pacific American author—especially if includes characters of color. Whatever your genre of choice, from memoir to comic to lit fic, you’ll find something penned by an Asian American. You may learn something surprising—or you may just be struck by how universal experiences really are across cultures.