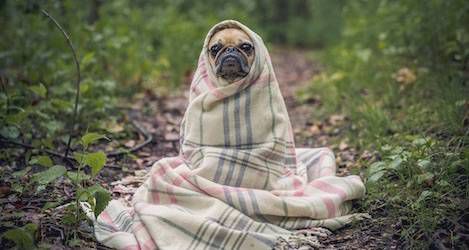 I’ve always been an animal lover, but dogs in particular are pretty much my number one favorite thing on the planet. I’m OBSESSED. These days, if you were to look through the photos on my phone, it would take you way too much time to find the small handful containing human subjects. They’re not even all my dogs, as I’ve been known to whip out my phone whenever I see a particularly photogenic pooch around town. But before smart phones with high-quality cameras, I went through a phase wherein I would feed my obsession by picking up all the dog books that I could find that had a dog on the cover. I mean, both books and dogs in one go?! Nerdy, middle school me definitely thought this was the peak of efficiency.

I’m not sure exactly what I was expecting from these dog books — maybe just happy stories about happy dogs and their happy humans — but I was definitely in for some surprises. Of course, there’s the old “the dog dies at the end” lesson we all learned from classics like Old Yeller, and a pretty large majority of memoirs about dogs end this way as well (or it is at least implied). What really caught me by surprise, though, were some of the creative ways in which dogs were used in these stories. (Because I never read the back blurbs on these books, I went into all of them completely blind. I mean, twelve-year-old logic — the cover was more than enough to convince me.) There was a book with a talking dog (Walking in Circles Before Lying Down by Merrill Markoe), a book told from a dog’s point of view (The Art of Racing in the Rain by Garth Stein), and a book featuring a dog as the sole witness to a woman’s mysterious death (The Dogs of Babel by Carolyn Parkhurst).

Besides all the interesting — and surprisingly varied — stories I encountered, I also ran into a few bumps on my bizarre journey. First, it became a pet peeve of mine when the dog on the cover didn’t perfectly match the description of the dog in the book. Like I said, I’m obsessed with dogs, which means that I had a pile of guides to differentiating different dog breeds. Think bird-watching guides, but with dogs. Because of this, I was a self-proclaimed child expert at identifying dogs. Any inconsistency in various canine features that an average reader wouldn’t even notice (assuming they paid much attention to the cover at all) would jump out at me like a sore thumb, and I’d lament the publishing industry’s lack of expertise like a little dipshit (honestly, the takeaway of a lot of my childhood stories is that I was a little dipshit, but that’s for another day).

The other bump I ran into a handful of times was the small category of books that feature dogs on the cover, but are not actually about dogs. For instance, I read the The Curious Incident of the Dog in the Night-Time by Mark Haddon when I was in the sixth grade and was shocked to discover that the only dog was the dead one discovered in the beginning that acts as the main catalyst for the story (although the fact that the dog is upside down on the cover should have been some clue). It’s a great book, as I discovered upon reevaluating it later in life, but at the time it was a bit of a shock. However, at least the dog was an important feature in the book, despite how little it appeared and the fact that it was just a corpse. Later on, I ran into a few books that featured no dogs, period. I’m sure you can imagine my little dipshit dismay.

Reading only books that had dogs on the covers was a very random and seemingly unnecessary quirk I had for a couple years. But it turned out to be a really interesting reading experience, and I got a lot more out of it than I could have initially imagined. I read books from various genres, books I never would have picked up otherwise, and also some books I was way too young for. It doesn’t really matter how you do it, but exposing yourself to a wide variety of books by all kinds of different people is extremely important in developing, not just as a reader, but as a person in general. Even through what started as a pretty shallow endeavor, I learned that appearances don’t tell the whole story and that unexpected doesn’t necessarily equal bad. If you ask me, that’s a pretty deep lesson to learn from a bunch of dog covers.