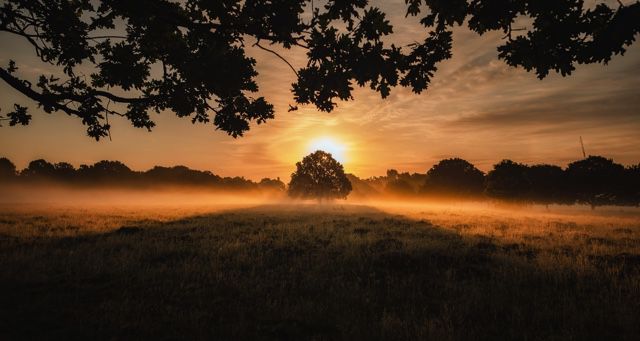 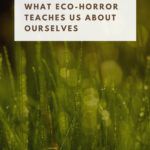 There’s a scene in Jeff VanderMeer’s Annihilation in which our protagonist, The Biologist, discovers the injured Psychologist at the bottom of a lighthouse inside Area X – a place where the environment is rapidly developing in strange new ways. The Psychologist, infected by an unknown fungal bacteria and also suffering from several broken bones, seems delirious when The Biologist asks if she jumped from the lighthouse, and why. The Psychologist, bitter and angry and a bit scared, replies: “I was trying to get away. From what’s inside me.” The Psychologist is later consumed into the shoreline. 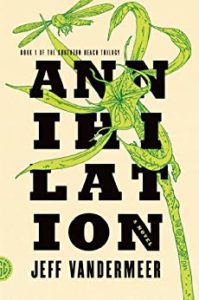 I can pinpoint the moment that a dark shudder passed through my family. I know the moment that we opened our eyes to the slowly melting world around us in a way that endless, faceless news cycles and countless bookstore window displays had failed to do. A moment that now, in the wake of apocalyptic natural disasters and the collapsing infrastructures they cause, seems banal. Nevertheless, I am reluctant to deny the shattering impact of small revelations.

My younger sibling is a biology student, interested in both conservation and immunology – the science of saving. My younger sibling was taking part in a dissection project for class, in which the students had to cut open fish dredged up from the local shores and inspect its anatomy, as well as generally become more comfortable with the gory process. My younger sibling slit open the gut of a fish to find a pristine slice of plastic resting in its belly, like a violent, sinister pearl.

After recounting this episode to me and my mother, the three of us sat in silence, the complacent bubble of environmental awareness that we had subsumed ourselves in beginning to disintegrate around us. Sure, we had always understood that the environment was real and important, obviously, and that climate change was a looming and undeniable problem. We weren’t deniers; we are from a country that relies on the exportation of oil as its main economic foundation, so we intimately knew the threats that humans pose to the planet. It was sad but preventable, and we were smart and clued up; we knew to buy local when possible and not litter. We recycled and turned off the lights when we weren’t in the rooms and saved water when possible as our small part to help patch up a wider environmental problem.

Despite all this, at the time, I don’t think we knew the climate as a presence that haunted us, as something other than, well, an Other. It is all well and good to buy a reusable water bottle, but when your perspective frames your understanding of the climate as Something Else Out There, you’re immediately losing the fight.

We were like your typical white family in a new home in a bad horror film: the pipes are clanging, there are mysterious writings on the wall, there’s a cold spot that lingers around the threshold or a wet stain on the ceiling that drips a vile, unidentifiable liquid.

And then the horse’s head in the bed is a dead fish with a sharp shard of white in its gut, from the coast we tread on weekends, and we can finally hear the noise of the pipes. And by that point, it’s almost too late.

The image of what my sibling described has stayed with me. I can picture the dead eyes, the cold skin, the undamaged sliver of poison lying in the viscera. I can see an organism unnecessarily rendered obsolete by a foreign, indestructible object that almost mocks the discoverer with its invasion, its immortality. The contrast of the natural with the constructed is so sudden, the smallness of the shard so monumentally horrific, almost in a Lovecraftian way.

Is this the way the world ends? Not with a bang, but with the snap of stubborn polymers? Trying to get away from what’s inside us, and instead choking on it?

It goes without saying that I have recently become obsessed with eco-horror. One of the things that Annihilation is about is how the constructs of identity and language are obliterated by the immense strangeness of Area X, a place tinted with elements of The Sublime. 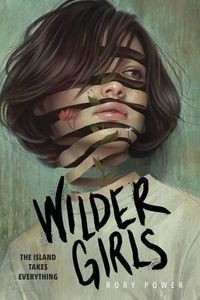 Rory Power’s Wilder Girls emphasises that our changing climate changes us in immeasurable, terrifying ways, but that removing ourselves from it renders us husks, arguably more inhuman than before.

Sealed by Naomi Booth is a disturbingly relevant story of a virus that causes a person’s skin to close over any open space – including eyes, genitals, and mouths – but I found it to be more about the capitalist exploitation of epidemics and the ways in which paranoia enables prejudice.

In all of these stories, the message is clear; we are going to get what is coming to us, in whatever monstrous form it takes, because we welcomed it in.

Furthermore, these stories are important because they emphasise to us that our relationship with the environment and nature does not only represent a general feeling about plants, but that that relationship informs – perhaps unknowingly – countless aspects of daily life. Like ivy, our relationship to our environment tangles up inside the foundations of legislation and social structures. 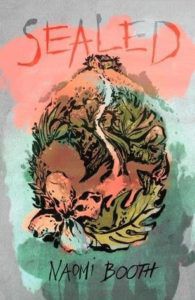 In Sealed, internment camps are set up on the border to halt immigration under the guise of preventing the spread of disease, the threat of an unknown organism referring to both the UK’s xenophobia and the unidentified germ. Therefore, to talk about the environment is to talk about border control. As mentioned before, Annihilation’s characters find themselves frequently unable to find the right words to describe their surroundings, linguistic reference crumbling as the world terraforms into something beyond the prescriptive boundaries of speech. Therefore, to talk about the environment is to talk about linguistic relativity and determinism, and the problems we can run into by believing language to be an unlimited tool for categorising or representing our reality – how do we identify ourselves without language?

The Psychologist dies believing that she could potentially escape the thing inside of her. However, it was arguably her inability to confront the truth – that it was inside her long before she arrived at Area X – that destroys her. Like in Wilder Girls, attempting to extricate the wider world from the self is presented as a failure, as it renders one passive and hollow.

I am not fascinated with eco-horror solely because I enjoy weird tales of plants growing out of peoples’ throats, but because I also find these stories oddly comforting. They give me a vision of a future where we are forced to confront the horrors we have created for ourselves and the planet, and even although that vision includes our ears glazing over with skin, it is a vision that I need, that we need.

It also represents a reverse of the fish story: my toxic body, the plastic in the gut of the world, is finally consumed, digested, destroyed by flora and fauna more resilient than I, not out of vengeance but an attempt at restoration. At last, at last, I am annihilated, at last the villainy is vanquished. In these visions, I do not try and escape the things inside me, but let it burst forth and root me into the Earth I have so long beat and burned, hopefully welcomed home or at least mulched for the new residents. Ashes to ashes, dust to dust, primordial soup to primordial soup.

However, I want to make it clear that I am not advocating for the human species to give up and just let nature runs its course, to let ourselves be swallowed by bushes and the shoreline because that’s all there’s left to hope for. There are various (bad) arguments made by climate change deniers or climate change ignorers that involve saying that planet Earth has gone through various catastrophic environmental stages in the past, so it can survive this one.

For some extra context, I used to work at an Earth Sciences exhibition and, unfortunately, the most common conversation I had was convincing people that their argument of ‘the Earth survived an Ice Age so we shouldn’t be worried’ is dismissive at best and dangerous at worst. We should be active and inspired, ready to fight and demand change both in our personal lives and from the big businesses that plunge us into irreparable crises for profit.

The pipes in the house are clanging and need our attention more than ever; we have to fix them together. We need to be reading eco-horror stories, from as diverse a pool of writers as possible (this is something I am also personally working on) because they don’t show us a mysterious future, but our uncomfortable present. We need to be recognising the ways in which these narratives illuminate how deeply entrenched our environment is, how they bring the polluted fish into the family home to teach us that it is us, not an Other. We need to realise how they are teaching us how to love ourselves and our planet again, so that we can put all of our energy into sewing the seeds of rescue within us into the wider world.