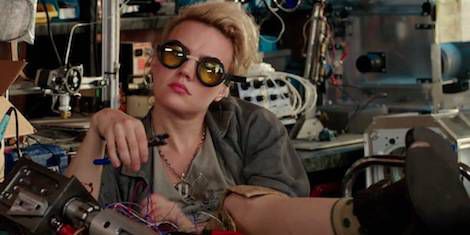 I re-watched the new Ghostbusters movie for the third time recently and apparently, it took three times for me to register Leslie Jones’ character Patty saying she reads “a lot of non-fiction” and knows a lot about New York. Naturally, being the nerd that I am, it led me to a very important question: “When the phone isn’t ringing off the hook, what kinds of books would the Ghostbusters read?” 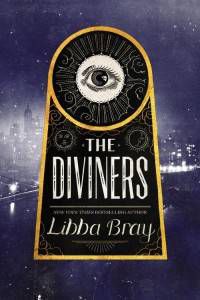 Patty encountering her first ghost in the New York subway reminds me of the events of Lair of Dreams by Libba Bray, the sequel to The Diviners. Between her non-fiction reads, I’d like to think Patty would start on this series. It certainly weaves in the history of New York into its world-building, has a lot of interesting—if, incompatible—people forming friendships, and oh yes, lots of ghosts being encountered in dark and musty places. 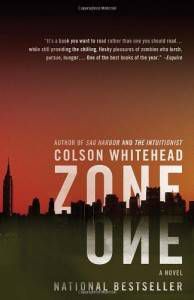 It seems like Shadowshaper by Daniel José Older is the natural next step if Patty chooses to read more fiction. And then, it’s just a small jump to Colson Whitehead’s Zone One. Patty probably finds that she likes fiction as long as the history of her city plays a significant role in the story-telling.

At some point, I can see her branching out and reading about other cities, so Y. S. Lee’s A Spy in the House probably resides on Patty’s shelf too. 19th century London! All-female detective school! Cool WOC lead! What’s not to like? 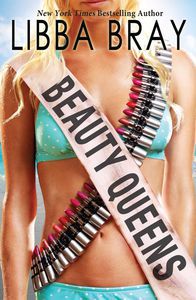 Abby is probably curious about this Libba Bray that Patty doesn’t stop talking about, but Abby spends most of her life thinking about ghosts and she doesn’t want to read yet more about them, does she? She needs a break. And so, she finds herself reaching for Beauty Queens. The premise is exciting—a bunch of teenaged beauty contestants are marooned on a mysterious island and oh my, there’s a young lady with a meal tray jammed into her head, but she seems okay—and is far enough away from Abby’s realm of reality that it serves the purpose of distraction very nicely.

I can see this book starting a mild interest in survival stories in any reader, but for Abby who really enjoys busting ghosts in real life, but dislikes reading fiction about them, Beauty Queens is the gateway to a lifelong love for survival/post-apocalyptic YA. Patty obviously makes her borrow Zone One from the library. 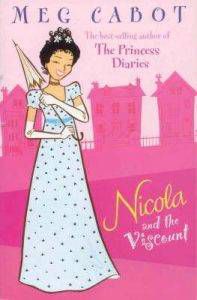 Despite the fact that we get to know Erin quite well in the movie, I am a little stumped about what she may/may not have on the bookshelves that she may/may not have. I’m going go out on a limb and say she’s a closet historical romance (or any historical fiction, romance included) reader. She thinks Abby would tease her until either she or Abby died, but Meg Cabot’s Nicola and the Viscount is one of Erin’s all-time favourites. It has everything from orphans who make it in high society, to a love triangle that should have been obvious, but makes you breathe a sigh of relief at the end. 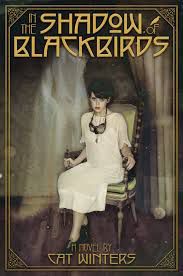 Erin’s real secret love, though, is for supernatural romances. Her favourite is about a scientific-minded protagonist whose first love returns from the dead to … haunt her? Warn her? Just to be with her? In the Shadow of Blackbirds by Cat Winters is mysterious and romantic, the prose is gorgeous, and Erin probably won’t ever share this one with Abby—though it’s possible she loans it to Patty. Patty, in return, lends Erin her copy of  A Virtuous Ruby by Piper Huguley because if you’re going to read historical romance, might as well do it right. 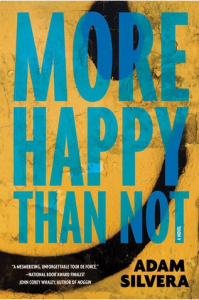 Because Holtzmann is continually defying expectations, I would like to believe that she reads everything from poetry to cookbooks. She notices the others have something of an informal book club and book exchange happening, so she brings her own picks to the table. The first is a picturebook that discusses depression in a most poignant and visually stunning manner, Shaun Tan’s The Red Tree. It made her cry, she’s not afraid to admit. And while, we’re on the topic of books that make you cry, More Happy Than Not by Adam Silvera is an incredibly well-written book about dealing with depression and homophobia. Plus, the science behind trauma and memory-loss intrigues Holtzy. 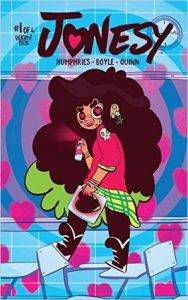 In Holtzmann’s Happy Pile, however, is Jaye Robin Brown’s smart and funny Georgia Peaches and Other Forbidden Fruit. As the title suggests, it is sweet and romantic and ultimately, delivers a happy ending. (Erin definitely asks to borrow it.) I also see Holtzmann having a stash of comics that she never lends to anyone. They are much too beautiful and much too precious. First in this stash is Jonesy by Sam Humphries, Caitlin Rose Boyle, and Mickey Quinn, about a dorky outcast who makes zines and spells alike, and spends her days trying to navigate school, romance, and magic. Right below, because it may as well be set in the universe as Jonesy, is Jillian Tamaki’s SuperMutant Magic Academy.

Holtzmann’s all-time favourite book though is Noelle Stevenson’s Nimona. The story of this young shape-shifter who is side-kick to a sympathetic villain, set in a monk-punk world, is all Jillian could talk about for months. The rest of the team had to put up with a lot of yells of “UNHAND THAT SCIENCE” for at least a week.

And that concludes my intense daydream of assigning fictional characters a lot of reading. What kinds of books do you see an all-female, all-awesome team of Ghostbusters reading?