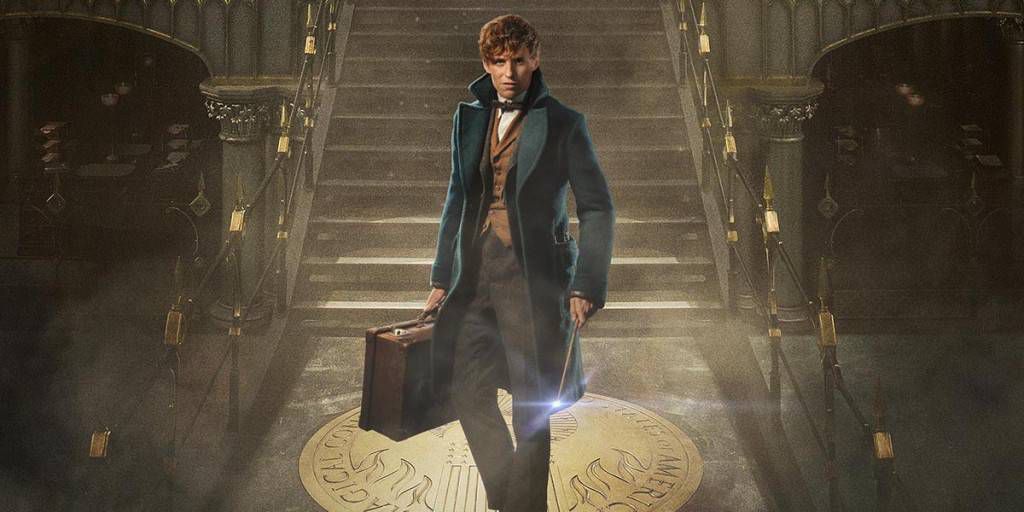 Heard about our What’s Up in YA? Newsletter? Sign up to get a biweekly collection of everything that’s happening in YA, right in your inbox.

Great Scott! It’s been three years since the announcement of JK Rowling’s debut as a screen writer for the Harry Potter spin-off Fantastic Beasts And Where To Find Them in 2013. Three years since I got very, very excited about it. And here we are, today, able to watch the oh-so-enchanting trailer featuring Eddie Redmayne as (researcher and wizard) Newt Scamander. 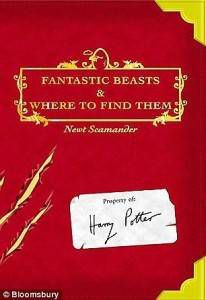 At the time, I wrote a post on HubPages about what we could expect from the spinoff. It seems like it’s about time that I update those speculations to match the trailer.

Let’s quickly recap on what Fantastic Beast and Where to Find Them actually was before this massive motion picture was made: the very thin book was published along with Quidditch Through the Ages to raise some money for Comic Relief (a UK charity that gives money to UK and internationally based projects). Both books have been mentioned in the original Harry Potter books (very meta!) so it’s unsurprising that, at the time, sales raised $27 million. Let’s face it, it’s pretty cool to own a book that was owned by Harry.

At the time the spinoff was announced, Rowling revealed that the film would be set in New York City, which has been further confirmed by the trailer released this week. I feel like many fans were concerned about Harry Potter being mentioned and it becoming a little bit too exploitative of the already existing franchise, but Rowling assured fans the movie will be set 40 years before the Potter adventure ever happened.

I personally have my reservations about Eddie Redmayne (please take transgender rights outta your mouth if you won’t even refuse a part that should have gone to a trans woman), but after seeing the trailer, I’m really excited to see him as Scamander. 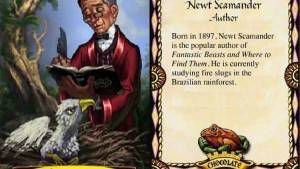 Redmayne’s awkward nerdiness fits the geeky wizard part very well – and, oh my, the wizard clothes are so magnificent. The trailer is so reminiscent of previous Harry Potter movies – the music, the special effects, the costumes, the wondrous magic – that it kind of makes my heart ache with longing for more magic, more Hogwarts, more of that world. While I feel Pottermore has become an absolute disaster, I am hoping this movie will give us, Potterheads, that magic fix we’ve been craving for years and years since the eighth and final Harry Potter movie came out.

Interestingly, the trailer reveals Scamander was “kicked out of Hogwarts” but still retains the fondness of one of Hogwarts’ best wizards: Albus Dumbledore. Of course, this totally makes sense: Dumbledore wrote the introduction of Fantastic Beasts and Where to Find Them. Will we see a glimpse of Dumbledore or at least find out a little more about his past?

What else do we already know about Scamander from previous Harry Potter books? According to a Chocolate Frog card, at the time Harry bought Fantastic Beasts and Where to Find Them for school, Scamander was still alive, studying slugs in the Brazilian rainforest and he was born in 1897.

Scamander was the one who came up with the Werewolf Register (relevant to the Harry Potter books because of Remus Lupin who is a registered, under control – well, most of the time – werewolf) in 1947. He also helped ban Experimental Breeding in 1965 (sounds like a wise cause to defend) and awarded the Order of Merlin, Second Class, in 1979 for being a master in magizoology.

Scamander retires in 2001, relocating to Dorset where he lives with his wife Porpetina and their magical cat pet Kneazle (it’s unclear if Kneazle is a part of the upcoming movie, although Scamander seems to carry magical creatures in his suitcase). JK Rowling has said Scamander is a character she adores – she married his grandson Rolf to Luna Lovegood. So it’s obvious that she loves him enough to extend his life story and that he had at least one child with Porpetina.

While the trailer suggests the bulk of the movie will be set in New York, the scope of Scamander’s book is way larger: he writes about magical creatures from all over the world, from Greece to Scotland to Ukraine to Brazil. I wonder if other destinations are being saved for subsequent movies, or if there’s any chance Scamander’s journey will somehow go beyond New York. I think this would be really cool if Rowling was thorough with her research. 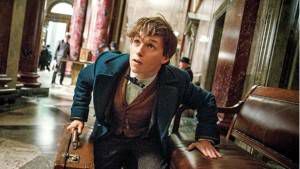 What fantastic beasts can we expect? I think this might be the most exciting part of the upcoming movie. In previous movies we’ve seen dragons, acromantulas, hypogriffs, a basilisk, a phoenix – all incredibly portrayed, through CGI or otherwise. Dumbledore’s phoenix Fawkes was actually a real life puppet and Hagrid’s acromantula was built to scale. If you’ve ever been to the Harry Potter Studios in London, you’ll know those aren’t the only props that were built in real life (I mean, they built the remains of Voldemort shown at the end of the eighth film and you could see it breathe inside a glass casing. It was creepy, but incredible to see the efforts to make Rowling’s world more realistic). I can’t help but wonder how much of Fantastic Beasts will be CGI and how much of it will be made by the artists that have been making the wizarding world a reality for over a decade.

From what I’ve seen around the internet, many fans are excited while others have reservations about the film. Let’s be real: spinoffs aren’t always the best idea (enter horrific flashbacks of the Friend’s spinoff Joey, which most of us pretend was a bad dream) and can sometimes ruin a whole franchise. But watching the trailer with the familiar music and ambiance was so nostalgic that I daresay this movie will be worth the trip to the theaters.

Sidenote: Despite my excitement for the movie, I think it’s worth noting how white the cast is, as is the case with all of the previous Harry Potter movies. In a way, this is disappointing because it seems like Rowling has become increasingly aware of the lack of diversity in both literature and in Hollywood. While I will definitely watch this movie, I remain skeptical of Rowling’s efforts on Twitter to make her series more diverse – surely, if she wanted to, she could have included actors of color in this film?