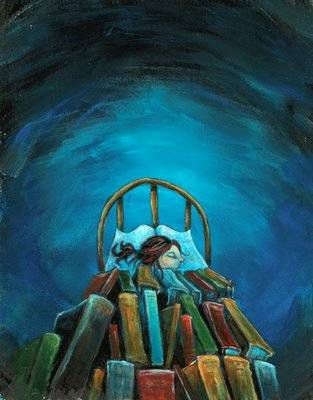 I spent a huge chunk of this past Sunday reading The Twelve, the sequel to Justin Cronin’s crazy-nuts bestselling reinventing-the-vampire-novel The Passage. When I read The Passage a few years back, I dreamed about it for several nights. Those glowing, humanoid, reptilian vampires-that-are-also-kind-of-zombies just refused to claw their way out of my subconscious.

I dreamt so much about The Passage I should have KNOWN I was going to rock some hardcore nightmares while reading The Twelve.

Here’s how my Sunday reading/sleep schedule went. I bought the book at 6 AM at an airport bookstore (was flying back from a Saturday wedding), read before my flight, read an hour into my flight, fell asleep and dreamed about the virals/dracs/jumpers/flyers.(Don’t worry, Cronin has about twelve hundred more euphemisms for vampires.)

Then I came home, got some work done, read in the afternoon, took a nap in the late afternoon, and had more dreams-that-bordered-on-nightmares, like I was watching the souped-up billion dollar special effects movie version of the book. That night I finished the book, went to sleep around midnight, and this time starred in my vamp-nightmares. In my last dream, the virals were crashing my wedding and eating my guests. Not the first wedding anxiety dream I’ve had, but the first one where guests’ entrails were strewn across rental chairs and centerpieces. Yes, a first for that. So, to sum up, I dreamt about Justin Cronin’s monsters THREE SEPARATE TIMES in one twenty-four hour period. If you can beat that, I’ll buy you a slice of cake, no, f— that, I will buy you the ENTIRE cake.

I don’t dream about books frequently. Or I don’t remember dreaming about them. Movies and television, same thing. But I did dream about the first two books in Cronin’s apocalyptic trilogy. I like The Passage and The Twelve a whole lot, but I don’t love-love them. They’re not my top ten. They’re not my top fifty. I blast through them and then I’m done. Well, at least my conscious mind is done. My subconscious, clearly, is a whole separate matter, and I can’t figure out why.

I’m not alone. In a Goodreads interview about The Passage, the interviewer tells Cronin that many readers have claimed to have nightmares while reading the book. Cronin responds to the phenomenon by stating: “I hear this all the time, that people dream about the book. Although I must apologize for these nocturnal disturbances, it’s enormously satisfying—a book is a dream that the writer wants to have the reader dream with him. You enter into this alternative world, and reality temporarily vanishes as you walk into an imaginary world of signs and symbols. It’s like a psychological code, really, and what else are dreams? This book is a sort of waking dream.”

So what makes all these readers dream about Cronin’s monsters? Do they strike something in us on the deepest and most primal level? Are they perfect symbols for problems our subconscious needs to work out over the course of several REM cycles? And what about you? Are there any books YOU’VE been dreaming about? And if the answer is yes, then the question becomes: Why do you dream about the books you dream about?