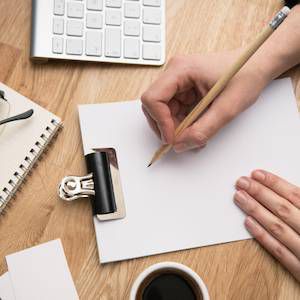 This giveaway is sponsored by Lists of Note by Shaun Usher. 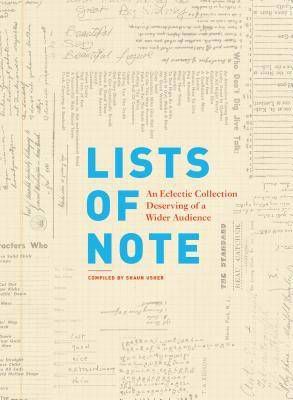 Lists of Note gives us an unexpected glimpse into history. Over 125 entries from a list of people that are as eclectic and intriguing as the book’s contents span the centuries. These wish lists, to-dos, inventories, resolutions, best-ofs, pros and cons, and more reveal hopes, priorities, and musings in a most engaging and entertaining way.  Included here is a list of murder suspects scribbled by John F. Kennedy’ secretary just hours after the president’s assassination; Johnny Cash’s ‘Things to Do Today’ (plus one thing not to do); Albert Einstein’s demands of his estranged wife; a litany of reasons (some surprisingly familiar) given by Ancient Egyptians for missing work; and many more. Facsimiles of the lists themselves, artwork, and historical commentary are woven throughout this handsome volume. Offering intimate perspectives on public and private lives, Lists of Note is a trove of discovery – and a testament to the human urge to bring order to, poke fun at, and find meaning in the world around us.

The internet doesn’t lack lists of a bookish nature, from round-ups of amazing author homes to gifts all Harry Potter fans would love. But there are some lists we’re never going to get as long as we’re lacking Time-Turners and/or the ability to get into our favorite author’s heads. A few I’d love: Joan Didion’s favorite sunglass brands. Dostoevsky’s top 5 ways to deal with a bad day (I assume #1 would be moodily walking a darkened St. Petersburg street). Jane Austen’s favorite smart-ass comebacks disguised as polite and appropriate remarks. So tell us: what bookish list do you wish existed?

We have 10 copies of Lists of Note for 10 lucky Riot Readers! Just complete the form below to enter. Entries are limited to the United States and will be accepted until 11:59pm, Monday, June 29th. Winners will be randomly selected.