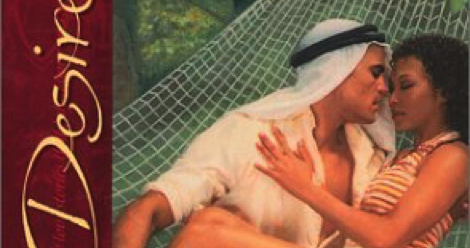 I have a confession to make.

I’ve only read one novel by Brenda Jackson. It was Irresistible Forces, in which the wealthy Taylor Steele makes a proposal to a similarly wealthy man in her circle for a week of sex in exchange for a baby. It was ridiculous and adorable, and I made a note to come back to her work.

But then she just kept writing and kept writing. And I didn’t know where to start or how to keep up.

And then a few weeks ago, I saw the description of one of her upcoming books: the 32nd Westmoreland novel, featuring a well-off, black ranch owner who is also a former Navy SEAL.

I am not unfamiliar with the Westmorelands. Anyone who knows anything about category romance is at least aware of the existence of the Westmoreland series. But at some point I lost track of how far they’d spread, and how extensive the series had gotten. Brenda Jackson has been writing this series for half my life, and I have never picked one up. How had that happened?

So when I read a description of His Secret Son, I made a decision. 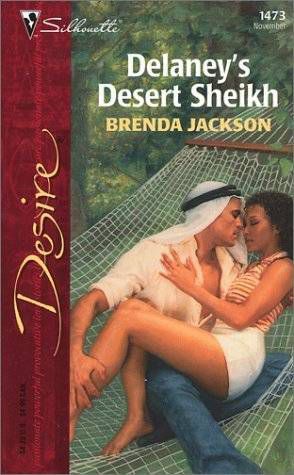 I was going to go back to the beginning, read Delaney’s Desert Sheikh, and make it to what would probably be number 35 by the time I made it back to the current day.

But because I like to start my resolutions when I come up with them instead of waiting for the new year, I’m starting early. Lucky for me, I found an omnibus of Delaney’s Desert Sheikh and A Little Dare at the library. (I haven’t read them yet, but I’ll get to them soon. I only have four other books out from the library right now.)

These two novels, our introduction to the Westmoreland family (starting with Delaney and Dare, obviously) were published in the early 2000s. So, not too early. I mean, there’s still a Sheikh. But I’m going to approach them with awareness of what the social situation might have been at that point. Were we talking about Orientalism in our pop fiction? Were we talking about Othering? Were we talking about the various other things that might come up in a family dynasty series? How, with these questions of others, do they withstand the passage of time?

Obviously, a novel that was written in the 2000s is not quite the classic bodice ripper we reference when thinking about historic romance novels. But the 2000s are probably the start of what might be considered a significant shift in how romance approached characterizing its leads. We started having a new conversation about what it was like to be a woman, about what we could do and how we could live our lives. Much like other periods in time, a significant war brought forth different social action that needed to be taken.

But that’s another story for another day (and probably another website).

Back to The Westmoreland Project.

I am really hoping this won’t end up like my Wonder Woman project (which I really do need to pick back up…).

Do you have any reading projects planned for 2018?