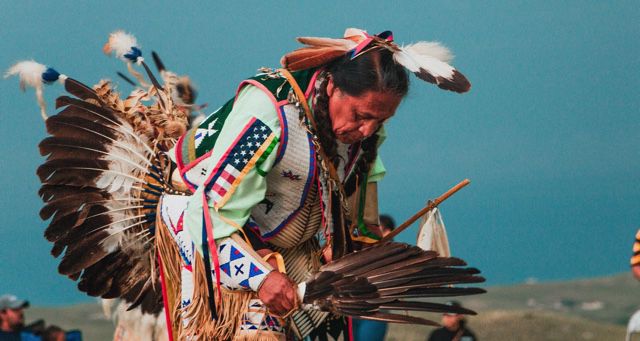 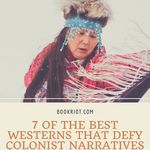 I recently received an email that filled me with joy: a woman who volunteers with a books to prisoners nonprofit wrote that westerns are one of their most-requested genres, but that they received few donations in the genre and she wasn’t sure what to buy, given the genre’s propensity toward erasure, racism, and genocide of Native peoples. She asked me if I could recommend some titles that did not encourage those things. I am sorry to say that it was not easy—even the most progressive and feminist westerns tend to acknowledge, show, and often perpetuate stereotypes about Native people, if they include them in the narrative at all. Still, I have attempted to make a list of non-racist westerns.

I was so honored to be asked this question. These are the books I suggested.

The absolute best choice is always an #OwnVoices book. These are surely not the only westerns by Native authors, but they were the easiest to find. It is my hope that I will be able to write a follow-up soon with more recommendations.

Almanac of the Dead by Leslie Marmon Silko

This is not strictly a western, but a multigenerational fictional history of the Americas told from the point of view of the people who were here first. I also highly recommend Silko’s poetry and The Delicacy and Strength of Lace, a book of letters between her and the poet James Wright (disclosure: he was my great-uncle and the book was edited by my great-aunt). 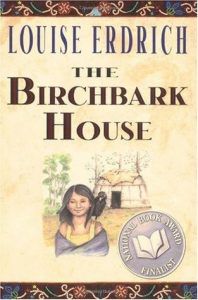 This is the first in a series of children’s books that tell the delightful story of a young Ojibwa girl’s coming-of-age on an island in Lake Superior, subverting the usual colonial narrative that makes native people the other.

In 1870, in the Two Medicine Territory of Montana, the Lone Eaters, a small band of Blackfeet Indians, are forced to change their way of life as the whites are moving into their land. This is another excellent story told from the POV that is usually silenced.

With the exception of Topaz, all of the books below avoid stereotyping Indigenous people by erasing them entirely and/or fictionalizing them in an alternate history. This is, unfortunately, the best I can offer for now.

Because she wanted her heroines to face problems other than racism, Davis created an alternate west—not the United States at all—and created a class system that affects people of all skin tones equally.

Silver On The Road by Laura Anne Gilman

Another alternate west, this one the United States but…different. A huge swath of the landmass is the devil’s country, between the white-conquered east and Nueva España (Mexico) to the southwest. Set in the middle, this story explores the ways Native and non-Native people respond to the Devil, but it is not told from a Native perspective, and the map shows the Pacific Northwest as “Unclaimed,” which seems iffy at best to me. First in a series.

One of Miss Bev’s many western romances, this is the story of a Black journalist and a Seminole lawman forced into a marriage arrangement neither of them wants, but both grow to need. An excellent romance as well as an excellent western, this is a favorite of mine.

Set on the Oregon trail, this is the story of a Chinese American girl and a Black escaped slave girl disguised as boys on the Oregon Trail. To the best of my knowledge, this book does not mention the Indigenous people whose land it takes place on, though it is otherwise excellent and portrays some of the struggles Chinese immigrants faced in the west. 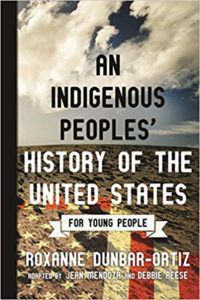 These nonfiction books—the original adult and edited young reader’s versions—tell the history of this country from the perspective of the people who were here first. These are absolute must-reads.

This website is maintained by Dr. Debbie Reese, enrolled Nambé Owingeh. She examines portrayals of Native people in literature, primarily children’s and young adult, giving extensive examples with her recommendations. I consulted this site while making the list, resulting in the elimination of a few books I had high hopes for. It can be disappointing to find that books perpetuate racism and erasure, but I believe it is better to know and avoid them.