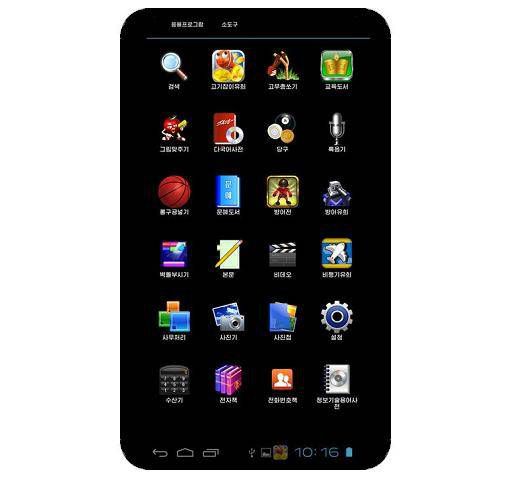 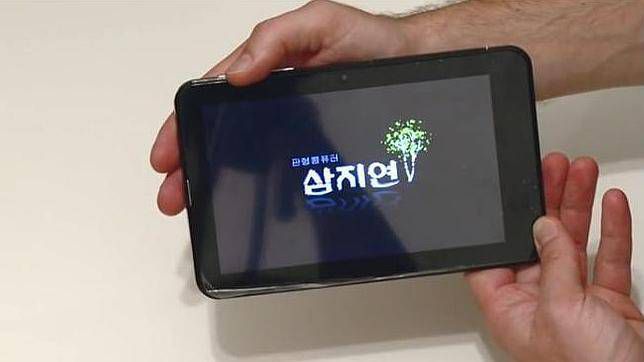 The North Korean government recently released its first-ever electronic tablet. The Samjiyon lacks Internet access, but can tune into local TV channels (there are two in the DPRK) and comes pre-loaded with games (including an Angry Birds knockoff), a multi-language dictionary, an encyclopedia, and a “liberal arts” library. Most of the library consists of state propaganda literature, but there are thirteen works of unabridged “foreign” literature divided into twenty-eight volumes1. Titles include Dombey and Son, Les Misérables, Ivanhoe, Vanity Fair, and Gone with the Wind, which is quite popular in the totalitarian regime2.

Of course these particular books were chosen for a reason. Like most of Dickens’ works, Dombey and Son is highly critical of early Victorian society, and Les Mis exposes injustices in post-revolutionary France. It’s not a stretch to think that the regime is trying to sell Ivanhoe as a loose allegory (imprisoned king returns to homeland to claim his throne…Kim Il-sung anyone?) and reminder of the rewards of loyalty to the government (Ivanhoe is loyal to King Richard, despite his father’s disapproval, and is rewarded for it). I’m not sure the Supreme Leader Kid’s minions caught on to the fact that Sir Walter Scott was sometimes critical of Richard in the book, but what can you expect from a bunch of guys who quote Gone with the Wind during negotiations with the US to prove they are hipster3? And speaking of Gone with the Wind, the Samjiyon version includes an introduction explaining to readers that slavery was an integral component in the development of our capitalist system, which is rich coming from a country that currently enslaves an estimated 200,000 political prisoners in concentration camps.4

Also included are a couple of books on Soviet history (The Arduous Road and An Officer’s Idea), which is predictable considering the Soviet Union’s involvement in the establishment of Kim Il-sung’s government. Soviet writer Maxim Gorky’s The Mother is in two volumes. And there are a couple of books from DPRK-friendly China, namely Rickshaw Boy and Suhojon, a historical novel set in the fourteenth century. Also included are Jean-Christophe (maybe so they could say there is a Nobel Prize winner in the collection?) and An American Tragedy, which is pretty much self-explanatory.

I’m glad the people of North Korea–or, at least, the wealthy elite–have access to some good classic world literature. What I hate is that the North Korean government is mocking and distorting the fundamental purpose of literature–which is to free the mind–instead twisting it to further an agenda of hatred, fear, and separatism. By feeding their people selective bites of Western culture, the government is fooling them into thinking they are being freely educated, when in fact quite the opposite is true. Such is the way with all censorship, but the effects are enhanced in a nation that is so isolated and heavily indoctrinated. At least, for now, North Korea has Dickens.

Today In Books Newsletter
Sign up to Today In Books to receive daily news and miscellany from the world of books.
Thank you for signing up! Keep an eye on your inbox.
By signing up you agree to our terms of use
2North Korean version of the iPad, the Samjiyon, has Gone with the Wind
3Why North Koreans love Gone With the Wind
4Prisons in North Korea