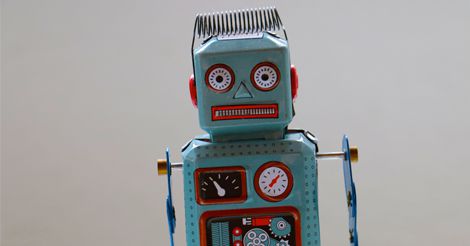 So flummoxed are researchers by the uncanny, human-like brain power of the machine-learning technology they’ve created, that they’re censoring the AI’s open-source material from other tech pros after their word-smithing bot dashed off convincing, totally made-up stories for The Lord of the Rings, newspaper articles, and a speech by John F. Kennedy, among other writings.

Time after time, the machine aced its creative writing assignment on the first try, working from nothing more than a human-written sentence or two of prompt material to get its creative juices flowing.

And so it begins!

Logan Brinson loves to read, but until recently, the village of Alpha didn’t have a library of its own. He went to Alpha officials with his family and proposed setting up a small lending library in town. Logan’s Little Library opened to the public in summer 2018. Today readers of all ages come to the Brinson house and check out one book at a time from the tiny case out front.

This 5-year-old is our future and that makes me happy.

Sure, when pondering the idea of “Hollywood adaptations,” we don’t blame you if the first thing that comes to mind is all of those fancy novel turned movies gunning for Oscars glory. But don’t forget, it’s the golden age of TV — filled with hundreds of networks, and millions of hours of airtime! Unsurprisingly, that translates to a noticeable uptick in book adaptations coming to the small screen this year, ranging from fantasy fiction to murder mysteries to, well, even more fantasy fiction. For the adaptations definitively confirmed for a 2019 release — as opposed to other titles, such as Reese Witherspoon and Kerry Washington’s Little Fires Everywhere, which are still TBD — we’ve outlined everything you need to know about them below.