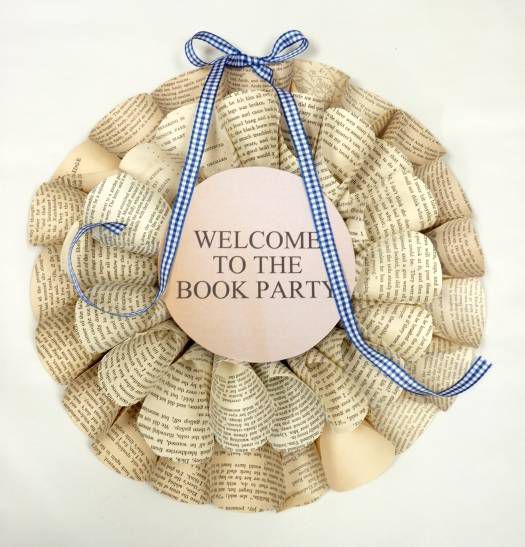 RJS: Okay, pussycat. It’s been toooooo long since we snuggled and talked about books. And now that I’ve just read my first book, long overdue, by an author you’ve been raving about for as long as we’ve known each other, I think we should talk about how sometimes we are late to the party. Sometimes we miss things completely, and sometimes we’re just slow to come around to a book or author’s appeal. It’s a thing that happens to readers. So let’s jam!

I’ll go first. The book that got me thinking about this is Thunderstruck by Elizabeth McCracken. HOT DAMN these are amazing short stories. They broke my heart and made all my reading parts tingle. I can’t believe I waited so long, but I’m glad the timing was finally right. Whose party have you been late to?

LH: Whoa, whoa, whoa, you can’t just drop one of my favorite authors on the plate and not expect me to eat. Elizabeth McCracken is a national treasure! She’s my idol. Her stories are so sharp, you could put your eye out. And The Giant’s House? I can’t even. Harder to find a more perfect book. As for me? I was definitely behind on the wonder that is Helen Oyeyemi. But I’ve caught up and WOW…I’m headed to NYC in the morning to see her read – that’s how big my love is. She hooked me with Mr. Fox, and her new book, Boy, Snow, Bird, is a marvel. I’m excited to see her!

RJS: I’m showing up late to the Helen Oyeyemi party, too! At the halfway mark in Boy, Snow, Bird, she has already rocked my face off a dozen times. It’s everything I can do not to underline the whole thing. You know who else I recently discovered and LOVED SO HARD? Kurt Vonnegut. Yep. My 8th grade boyfriend loved Slaughterhouse-Five, and he was such a turd that it put me off Vonnegut for almost two decades. But I have converted! I read Breakfast of Champions, and now I’m on board.

LH: I kiss your boarding pass! You can get a matching Vonnegut tattoo and we’ll be twins! And now a question: Can you be late to the party if the author died before you were born?

RJS: Oooh, that’s a tricky one. I think you can. Like, I was WAY late to the John Williams’ Stoner party because everyone I knew read it and loved it years before I picked it up. Whaddya you think?

LH: That book is amazing. I remember reading somewhere that after Ian McEwan mentioned it in The Guardian, it was selling a copy every three minutes for a while. Madness! Have you ever read Stacy D’Erasmo? I had always heard great things about her, but hadn’t read her until I picked up her new one, Wonderland, which comes out in May. WOW. I want to lick her brain. I must read everything she has written. And also sleep outside her house. Although if she goes missing, I never said that.

RJS: I haven’t…but you can bet I’m gonna after that endorsement. Have you been reading the Saga comics by Brian K. Vaughan and Fiona Staples? I was late to them in specific and comics in general (my name is Rebecca, and I’m a recovering book snob), and I can’t believe what I was missing out on.

LH: I have been all over that! I keep asking for a Lying Cat, but no one has delivered. I will read anything Vaughan does, because he wrote my favorite comic, Ex Machina. Put that on your list, if it isn’t on your radar already. If we’re going to talk comics, let’s talk Sex Criminals. I was way behind the rest of you in picking it up, but I am rabidly keeping up with it. This hits all my sweet spots. I know you’re crazy for it, too.

RJS: I’m so crazy for it. But I guess we’re not that late to it since there have only been four issues? I dunno. Anyway, who wouldn’t be crazy for a comic about a librarian who stops time when she orgasms and uses the skill to rob a bank and save her library? It’s everything I didn’t know I wanted.

LH: I’m going to ask Santa for that superpower for Christmas. Moving on, I went to The Strand for the first time this weekend, and to no one’s surprise, I bought a zillion books. Well, thirty books. Close to a zillion. One of the books I bought was a Barbara Pym, because people always speak so highly of her and I figured it was time I read her. Have you read her before?

RJS: Nope! She’s one of those authors I’ve been vaguely aware of for what feels like forever. People her say her name, and I’m sure she’s great, but I couldn’t name one of her titles if I had to. What did you pick up?

LH: I just had to go in my office and look, because I bought so many books the other day, my mind blanked on all of them! It’s called No Fond Return of Love, which I hadn’t heard of before. I believe Excellent Women is her most popular. I’m looking forward to it. If it’s great, I will start a club called “Barbaras with Y in Their Last Name Rule,” because Barbara Coymns is another amazing writer I was late in picking up, and have since devoured. Who Was Changed and Who Was Deadis off the charts fantastic. It’s pretty dark and disturbing. Can you believe I would like a dark and disturbing book? Crazy.

RJS: It’s almost as surprising as me liking a work of literary fiction with elegant sex writing, which is to say not at all, but at least we’re consistent. Before we wrap up: any other literary parties you’re planning to join fashionably late?

LH: I have been informed by brilliant NYC literati that I cannot come back to the city until I’ve read Ursula LeGuin, so I better get on it before BEA. I own a half a dozen of her books, but I still haven’t read her yet. Just moved The Lathe of Heaven to the front of the to-be-read room. (Yes, I have a dedicated TBR room in my new place. It makes me wriggle with glee!) Any writers you’re going to actively pursue?

RJS: LeGuin was on my catch-up list last year! I started with A Wizard of Earthsea, and it was wonderful. This year I think maybe I’ll finally get on the Zadie Smith bandwagon. Or perhaps I’ll read some of Hemingway’s novels at long last. Or Wilkie Collins? Or or or or. So many possibilities. And that’s just the best.

Til next time, readers, tell us: which literary parties have you been late to?