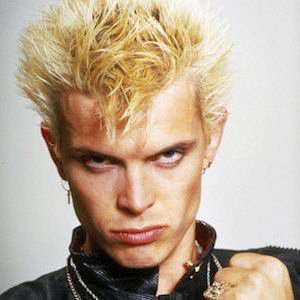 Sitting on the plane from Los Angeles to New York, I saw a leggy blonde walking the aisle with her toddler. I noticed her from the back as she made her way from the peasants to first class… turned out to be Kerri Walsh. Then, on the floor of BEA, I turned a corner and saw a very familiar face, the super awesome Etheline Tenenbaum (aka Anjelica Houston). Later on, I’m pretty sure I noticed that Billy Idol was mouthing the words, “Your empty eyes seem to pass me by, leave me dancing with myself,” to which my empty eyes answered, “If you were 30 years younger I would jump you (with a full body condom on, of course, because I don’t actually want to start imagining where you’ve been).”*

The next morning, trying to take a shortcut through the Exhibit Hall, I was bombarded by the most cameras and cell phones I had seen yet, along with actual security officers trying to get the owners of these devices to keep moving and stop taking pictures. (Really? Bring someone to BEA so people will get super excited, but PLEASE NO PICTURES… more on this in a later post.)  Of course, I have my Ph.D. in Nosiness, so I stopped the minute I heard, “no pictures, no pictures.” Across a sea of people (actually, this is not an exaggeration, there was, at least, a small lake of people) I saw Jason Segel. I’m not sure we made eye contact because I didn’t have my glasses on and I can’t see that far anymore, but if we did I’m pretty sure he looked me up and down and thought about the fact that our birthdays are literally four days apart (as in, we were actually born four days apart… not just that our birthdays happen to be in the same month) and how cute it would be to get married, have lots of sex and babies, and celebrate our birthdays together every year. Before the trip was over, I had also waited in line with Countess LuAnn de Lessops (and had a brief conversation about whether or not I stole her Uber cab… I will never tell if I did or not) and boarded my plane back to California with Richard Lewis.

Why am I name dropping about all of the famous people I saw? To make this point… it was FUN to see those people in person and have stories to tell about them, even the ones who weren’t actually at BEA but whom I saw just because I was going to BEA. Just to be clear I love a good celebrity sighting; I’m not above getting excited over these types of things, and I can’t resist a good story. However, the books I brought back, the lines I waited in, the people I spoke to, and had meaningful conversations with, were not the ones I’ve mentioned… and not because it wasn’t a possibility. At our final round table meeting with the Book Riot team, the above names were hardly mentioned. Among others, Meg Wolitzer, Megan Abbot, David Mitchell, and Toni Morrison (who was not there, but who we surmised would cause an actual BEA riot had she been) were the people we were giddy over and talking about for more than a brief moment.

It’s fun to have celebrities at BEA. The literary world is one that seems to have been recently tapped into more by celebrities than ever before (bravo, keep it coming, let’s get people reading). This means that barriers are coming down in more ways than just genres crossing. I’m trying to finish this post about the celebrities of BEA without sounding like an asshole to those of you who feel strongly about this. But, though I might get rotten tomatoes thrown at me again – I do consider these people visitors in the literary world (since they inhabit so many others and don’t live there permanently), though I understand and respect building on one’s brand or trying something new. (Please reference my Chelsea Handler piece).

Note: I don’t mind sounding like a snob because a.) I’m not one, and b.) authors whose sole job is writing are, by definition, different than authors whose main job is not writing; it’s just that I’ve been there done that and am not trying to make the same boring point. Instead I want to say:  Yay celebrities! Funsies! Loved telling stories about seeing you and making believe that you wanted to sex me up more than the creepy, muscley, tank-top wearing erotica models did. However, hopefully the real celebrities (and focus) of BEA will always be the writers who connect with their readers as part of their daily lives and enjoy engaging with them in real life, not just at BEA (and before you toss this out, I know there are authors who do not do this)… even, you know, having a conversation and letting them stop and take a picture if that’s what makes their hearts sing. **

*I would like to thank Billy Idol, in whose line I got to meet fellow Rioter, Liberty, and spend a good 30-40 minutes bonding with before I bailed. As Liberty wrote me the other morning (and I shamelessly stole the line for the title of this post), we’ll always have Billy Idol.

**I did hear that Jason (we are on a first name basis now) did have conversations with people and interacted with them… this is why I am still entertaining the thought of marrying him.