Happy #BlackOutDay! Today is the day the internet becomes beautifully drenched in melanin and we’re devoting Book Riot to discussions of black authors, subjects, readers and issues of black representation in publishing. We are excited to welcome contributors from #WeNeedDiverseBooks and #TheBlackout as well as featuring content from our black contributors. I am Hannah Depp and your guest editor for the day and am honored to take a moment to tell you why Book Riot is doing this with our site today.

From Ta-Nehisi Coates explaining that the African American experience is one of Unfreedom and dropping the most necessary book of the decade on to our laps this summer, to Margo Jefferson revealing the roots and trappings of respectability politics in her Negroland, a new Toni Morrison set in the present time, to the continued success of Chimamanda Ngozi Adichie and Jacqueline Woodson’s releases, it has been a better than average year in black books. But that is because the bar is so, so very low. 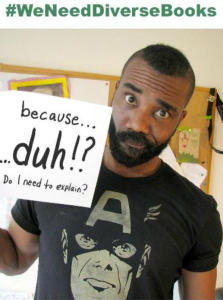 When Congressman John Lewis was persuaded by his then aid Andrew Aydin to write his story in a series of graphic novels (March Book 1 and 2 drawn by Nate Powell), the Congressman was astonished by the lack of civil rights education in schools and a greater lack of diverse literature at the hands of children. Not only do few people read about the black experience in school, they are limited to a handful of excerpts during the shortest month of the year. They read Frederick Douglass and listen to “I Have a Dream.” They likely are moved. And then moved on. Few students run across books with central characters that are black, let alone black present day characters. These books are out there and more are (finally) being published all the time. But there is still a huge gap in our readerly canon at every level of education. This creates a systemic lack of knowledge that parades its way through every age and generation of mainstream culture.

Some of our posts today are devoted to the assumption of the white reader/leading character. Even if a race is never mentioned, we assume our heroes and heroines are white because that is what we are taught by reading almost entirely white authors in school. Lack of understanding has horrifying consequences. I assume as you are still reading this that you have witnessed the events in the past two years that have given rise to #blacklivesmatter. Step back and think of this insanity: we needed to create a hashtag to even start having the conversation that black people are human. The reasons for this are knotty, historic, daunting. But a huge chunk is that we are so rarely depicted as actual people or have the chance to write our own stories.

In Book Riot discussions, on Twitter, and in our bookstores we are constantly bemoaning the lack of diverse options. I merchandise the books at a large independent bookstore with sister stores inside restaurants around Washington DC and we are constantly trying to feature more black faces, review more black authors, and share stories with these underrepresented readerships. But the books pushed by publishers and reviews are massively, disproportionately white and male. Here are some disturbing Vida and Equality in Publishing statistics.

Authors of color are disproportionately banned. While stats are not perfect, it seems in the past years diverse authors (including those of other races and sexual orientation) are more than 80% likely to be banned in the past year. In a way, this jump in the rise of the banning of these books reveals we are trying to incorporate their stories into our schools and libraries more. This banning of the books shows that the books are present. They are there to make unthinking people uncomfortable. When the stats were already an alarming 52%, that was with only a handful of diverse titles regularly featured in these reading programs. The teachers and librarians expanding their readers’ horizons are facing backlash for showing our brown faces and stories. This backlash reveals deep roots of hatred and misunderstanding. When a dominant group is threatened, they surprise even themselves with their level of hatred (remember the racist outcry against Rue and other minority characters in the films for Hunger Games or the not so subtle racism against increasingly frequent black characters in comics?)

But why #Blackout today? My first #blackout experience on Tumblr was one of revelation. You don’t know what you’re missing until a beautiful crowd of black faces of truly every variety stares back at you. Welcome to our internet. We’re here. I needed to see those faces and to see mine reflected back. Scrolling for hours into the vastly different but familiar lives of those otherwise ignored, untold stories awoke an already stirring need in me. I needed these stories in my life. I needed them told because they were being taken and violated, yes, but also because they were strong, rebelling, uprising, and joyous. When Book Riot started increasing their already better-than-average efforts towards diversity, I was overjoyed. I signed up. I read everything they posted. I started writing my own recs. And then they did something the book world almost never does. They turned over their voice to us today. There are black writers here at Book Riot, as well as just about every other kind of person you can conceive of, but I was happy when the editorial team decided to ask for more voices out there fighting the good fight on the streets, on black Twitter, and yes even on our bookshelves. The contributors today are authors, activists, and readers who have taken time to help #blackout this corner of the book world today.

So here’s my contribution: some brown pages for your faces. Some black stories to discover. Some authors whose families still are buried under Jim Crow, crawling their way out of the pit of deep inequality towards representation. Some joyous dreamers, some people who are so much their blackness and so much more than mainstream understanding of their blackness. 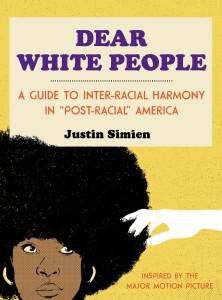 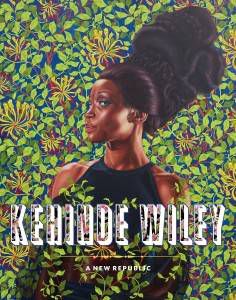 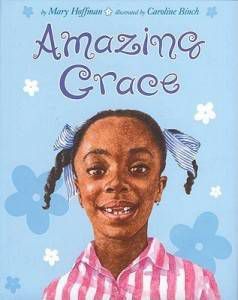 We cannot fix all of this today, but we can devote an entire day to talking about it. So simple, so revolutionary to look at this #blackout and read these stories. Enjoy the posts today. I know I will.