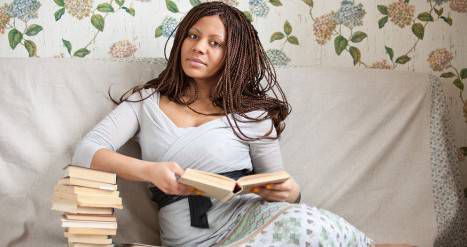 It’s International Women’s Day, a day to “celebrate the social, economic, cultural and political achievement of women” while also remembering that “urgent action is needed to accelerate gender parity.” In this spirit, all the posts on the site today are from women–from readers and writers both, writing about whatever issue or topic is in the front of their minds at the moment. Some wrote about diversity. Some about raising the next generation of readers. Some wrote about kitties and the work of writing.

This year’s IWD feels particularly necessary. In my own country, abortion access is being passive-aggressively whittled away by condescending patronizers who claim to only have women’s best interests at heart. One of our leading Presidential candidates is a raging misogynist whose hateful idiocy would, I believe, actively lead to more violence toward and oppression of women. One in seven women in the U.S. lives in poverty–a state a woman is even more likely to find herself in if she is not white, or has a disability. The work of feminism feels like a one-step-forward-two-steps-back game.

Over 800,000 people are trafficked into slavery every year across international borders– 80% of those people are women. Over 10 million underaged girls across the world are married off before they turn 18. Women carry the greater burden of poverty globally. Racism and its feminist counterpoint (“White feminism”) ensure that the problems most relevant to white, Western, straight, able-bodied women are focused on the most, while issues facing women of color, women in poverty, LGBTQ women, and disabled women are ignored or erased (for example, 2015 saw the highest murder rate of trans women in U.S. history–almost all of the victims were women of color–and media coverage of the crimes was almost non-existent).

The book world has its own sexism issues. Every year, the VIDA count shows us how books by men are reviewed more than books by women, and how male reviewers are given bylines more often than female reviewers. Over 85% of the literary Nobel Prize winners are men. On a personal note, the days when we publish articles here at Book Riot about sexism in the book world are the days I get the most harassment on social media for daring to let it happen. Men have attacked my character, my appearance, my ability to parent my children, and my sanity, all in response to things I have said about sexism in the book world. The men on our staff do not experience this. Not ever.

Obviously, we have more work to do for women. We’ve decided to focus on International Women’s Day today here at Book Riot because we believe that books can change people. Reading can make you more empathetic, and that’s where social change begins, isn’t it? At the place where you begin to empathize with other human beings, recognize their humanity and give weight to their suffering, feel anger at the injustices they experience.

So today, we give the platform over exclusively to women writers and readers from all over the world, and from all backgrounds. We will talk about fantasy novels, comic books, literary fiction, nonfiction, essays, young adult novels, and children’s books that have moved us. Tonight, we will go home and read them. And tomorrow (and beyond tomorrow, until we close up shop), we will continue to talk about sexism in the book world and out of it, and all the ways it affects our lives as readers and writers, and to yell loudly about excellent work from women authors.

The Women in Science We Don’t Write About

Silvia Moreno-Garcia contemplates the women in science we don't write about.

Lauren Beukes On Writers and Their Cats

Sonali Dev on Why She Writes The Heroines She Writes

All Around the World: Women Writers from Every Continent

On Worldviews and Reading Widely

50 of the Best Heroines from Middle Grade Books

Between Worlds: Finding Home in Fantasy

How to Raise a Well-Read Woman