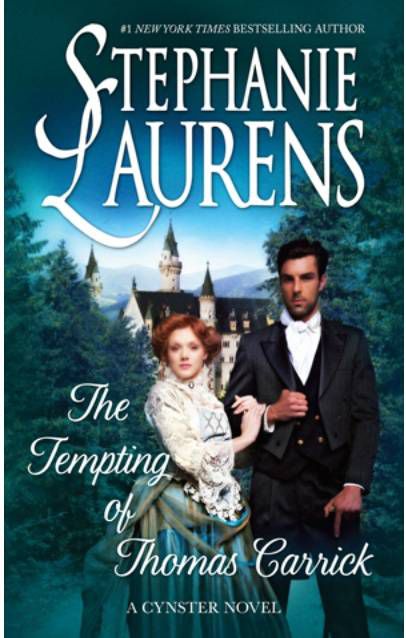 This weekend giveaway is sponsored by The Tempting of Thomas Carrick by Stephanie Laurens.

Thomas Carrick is determined to build his own life in the bustling port city of Glasgow, far from the demands of the Carrick clan. But when disturbing events force him back to his family’s estate in the Scottish countryside, he is forced to ask for help from the last woman he wants to face. A woman he can’t forget.

Strong-willed and passionate, Lucilla Cynster knows Thomas is the only man for her—her fated lover, husband, protector, mate—and she’s determined to fight for their future. While she cannot command him, she does have enticements of her own to wield when it comes to tempting Thomas Carrick.

We have 10 copies of The Tempting of Thomas Carrick for 10 lucky Riot Readers! Just complete the form below to enter. Entries are limited to the United States and will be accepted until 11:59pm, Friday, March 27th. Winners will be randomly selected.