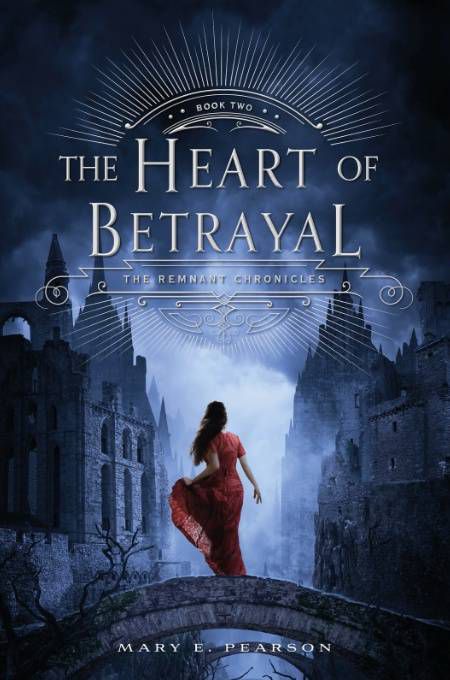 This weekend giveaway is sponsored by The Heart of Betrayal by Mary E. Pearson.

Held captive in the barbarian kingdom of Venda, Lia and Rafe have little chance of escape . . . and even less of being together.

Desperate to save her life, Lia’s erstwhile assassin, Kaden, has told the Vendan Komisar that she has a magical gift, and the Komisar’s interest in Lia is greater than either Kaden or Lia foresaw.

Meanwhile, the foundations of Lia’s deeply-held beliefs are crumbling beneath her. Nothing is straightforward: there’s Rafe, who lied to her, but has sacrificed his freedom to protect her; Kaden, who meant to assassinate her but has now saved her life; and the Vendans, whom she always believed to be barbarians but whom she now realizes are people who have been terribly brutalized by the kingdoms of Dalbreck and Morrighan. Wrestling with her upbringing, her gift, and her very sense of self, Lia will have to make powerful choices that affect her country, her people . . . and her own destiny.

We have 10 copies of The Heart of Betrayal for 10 lucky Riot Readers! Just complete the form below to enter. Entries are limited to the United States and will be accepted until 11:59pm, Friday, July 24. Winners will be randomly selected.