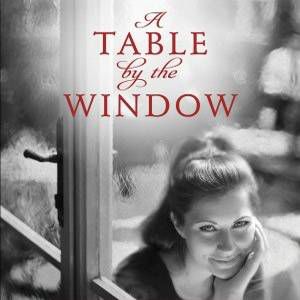 This weekend’s giveaway is sponsored by A Table by the Window by Hillary Manton Lodge. The youngest heir to a French-Italian restaurant dynasty, food writer Juliette D’Alisa has spent her life negotiating her skill with words and her restaurant aspirations. When her brother Nico offers her a chance to open a restaurant together, she feels torn—does she really have what it takes? Should she risk leaving her journalism career?

After the death of her grandmother, Juliette discovers an antique photograph of a man who looks strikingly like her brother. As the truth behind the picture reveals romance and dark secrets, Juliette struggles to keep the mystery away from her nosy family until she can uncover the whole story.

Inspired by her grandmother’s evolving story, Juliette resolves to explore the world of online dating. To her surprise, she finds a kindred spirit in Neil McLaren, a handsome immunologist based in Memphis, Tennessee. With a long-distance relationship simmering, Juliette faces life-shifting decisions. How can she possibly choose between a promising culinary life and Neil, a man a world away in more ways than one? And is it possible her Grandmother’s story can help show the way?

We have 5 copies of A Table by the Window for 5 lucky Riot Readers! Winners will also receive a set of 20 recipe cards with recipes from the book, including the chocolate cake recipe that Juliette submits to a magazine in the story. Want a sample of what to expect? Check out this recipe for Bavarian Sugar Cookies from author Hillary Manton Lodge.

Just complete the form below to enter. Entries are limited to the United States and will be accepted until 11:59pm, Friday, May 9. Winners will be randomly selected.