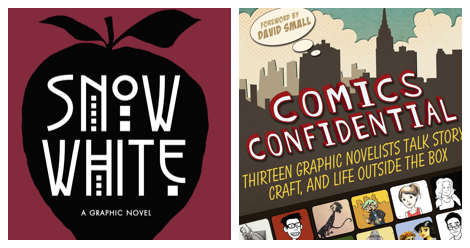 This weekend giveaway is sponsored by Snow White by Matt Phelan and Comics Confidential edited by Leonard S. Marcus. 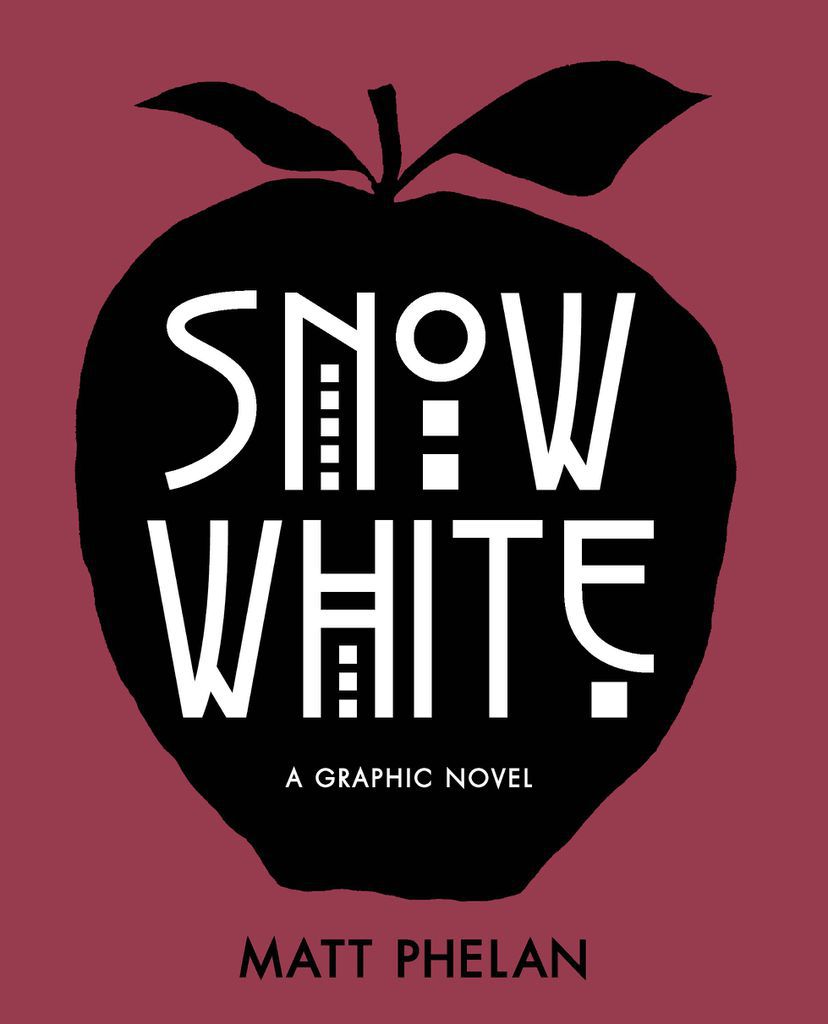 The scene: New York City. The dazzling lights cast shadows that grow ever darker as the glitzy prosperity of the Roaring Twenties screeches to a halt. Enter a cast of familiar characters: a young girl, Samantha White, returning after being sent away by her cruel stepmother, the Queen of the Follies, years earlier; her father, the King of Wall Street, who survives the stock market crash only to suffer a strange and sudden death; seven street urchins, brave protectors for a girl as pure as snow; and a mysterious stock ticker that holds the stepmother in its thrall, churning out ticker tape imprinted with the wicked words “Another . . . More Beautiful . . . KILL.” In a moody, cinematic new telling of a beloved fairy tale, extraordinary graphic novelist Matt Phelan captures the essence of classic film noir on the page—and draws a striking distinction between good and evil. 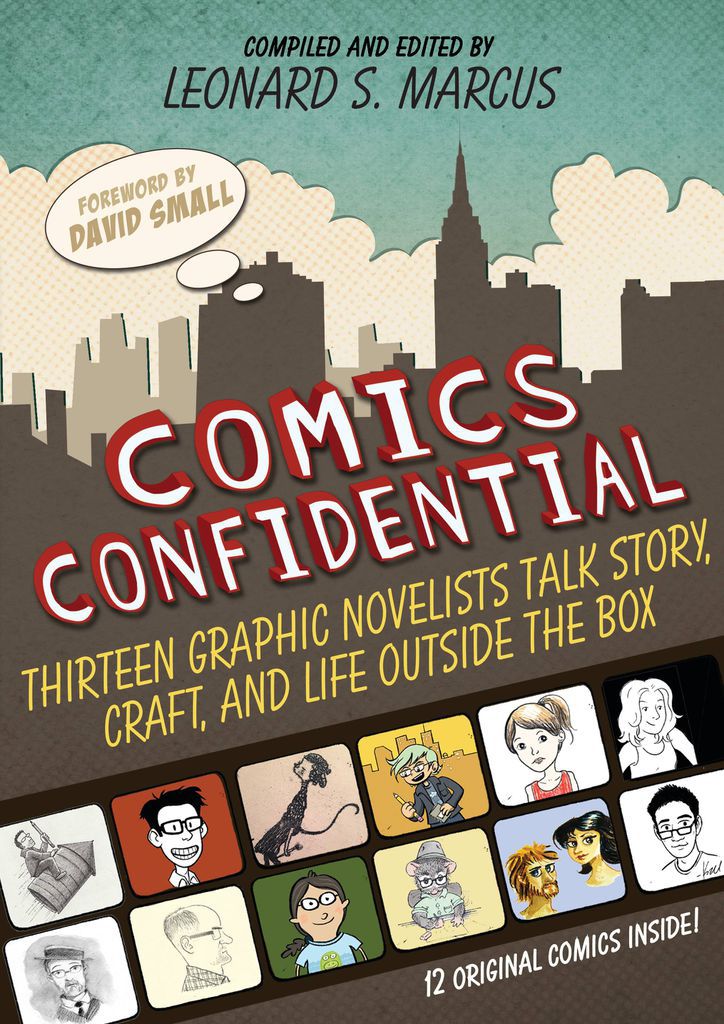 A must-have collection for comics fans and creators everywhere, packed with interviews and original comics by today’s foremost graphic novelists.

Respected anthologist Leonard S. Marcus turns his literary microscope to the world of comics, which has lately morphed and matured at a furious pace. Powerful influences from manga to the movies to underground comix have influenced the thirteen artists and writers interviewed in these pages to create their own word-and-picture narratives. Here are their moving, funny, inspirational stories: true tales from the crucible of creative struggles that led each to become a master of one of today’s most vibrant art forms. The book also contains an original graphic short on the common theme of “the city” from each of the artists, a mini-comic set in a cityscape of their choosing—present-day, historical, or imaginary.

Up for grabs this weekend are 10 copies of Snow White by Matt Phelan and Comics Confidential edited by Leonard S. Marcus. Ten (10) winners total will receive a copy of each title. This giveaway is limited to US residents. To enter, fill out the form below completely. The giveaway ends on October 7, 2016, 11:59 pm Eastern Time. Winners will be selected randomly.