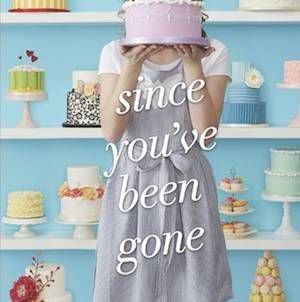 This weekend’s giveaway is sponsored by Since You’ve Been Gone by Anouska Knight. How do you learn to love again?In one tragic moment, Holly Jefferson’s life as she knew it changed forever. Now—to the external world, at least—she’s finally getting back on her feet, running her bakery, Cake. But inside, she’s still going through the motions befitting a twenty-seven-year-old widow.Then she meets Ciaran Argyll. His privileged and charmed life feels a million miles from her own. However, there’s more to Ciaran than the superficial world that surrounds him, and he, too, is wrestling with his own ghosts. Will Holly find the missing ingredient that allows her to live again—and embrace an unknown and unexpected tomorrow?

We have 10 copies of Since You’ve Been Gone for 10 lucky Riot Readers! Just complete the form below to enter. Entries are limited to the United States and will be accepted until 11:59pm, Friday, August 8th. Winners will be randomly selected.