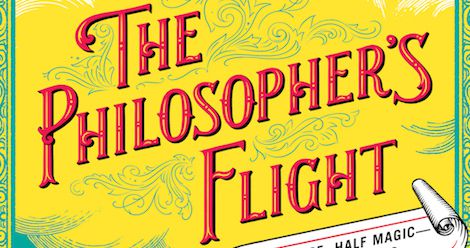 This giveaway is sponsored by The Philosopher’s Flight by Tom Miller. 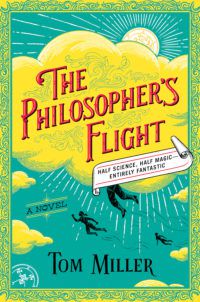 In an alternate history where only women are strong enough to practice a dangerous art of magic and science, a uniquely talented young man goes where none has gone before. Joining the ranks of powerful, flying women, he takes to the sky to fight prejudice, injustice, and the men seeking to destroy their world.

In the tradition of Lev Grossman and Deborah Harkness, Tom Miller writes with unrivaled imagination, ambition, and humor. The Philosopher’s Flight is both a fantastical reimagining of American history and a beautifully composed coming-of-age tale for anyone who has ever felt like an outsider.

We have 10 copies of The Philosopher’s Flight by Tom Miller to give away to 10 Riot readers! Just complete the form below to enter. Entries are open to residents of the United States (excluding Puerto Rico and all other US territories) and will be accepted until 11:44:59 pm, March 2, 2018. Winner will be randomly selected. Complete rules and eligibility requirements available here.