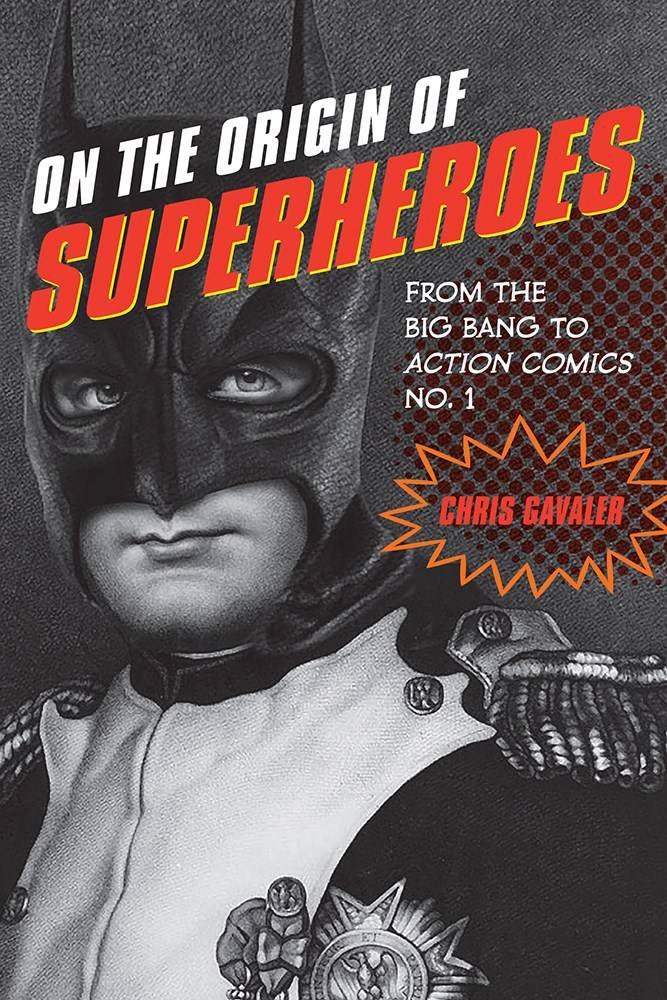 On the Origin of Superheroes is a quirky, personal tour of the mythology, literature, philosophy, history, and grand swirl of ideas that have permeated western culture in the centuries leading up to the first appearance of superheroes as we know them today.

On the Origin of Superheroes takes readers through the creation of the universe, to mythological heroes and gods, to folklore, ancient philosophy, revolutionary manifestos, discarded scientific theories, and even gothic monsters. You’ll meet mad scientists, Napoleonic dictators, costumed murderers, diabolical madmen, blackmailers, pirates, Wild West outlaws, eugenicists, the KKK, Victorian do-gooders, detectives, aliens, vampires, and pulp vigilantes (just to name a few). On the Origin of Superheroes is a fascinating, often funny, and always surprising prehistory of the most popular figure in pop culture today. It is available now wherever books are sold.

We have 10 copies of On the Origin of Superheroes by Chris Gavaler to give away to 10 lucky winners. This giveaway is limited to U.S. mailing addresses. To enter, fill out the form below by Friday, November 20, 11:50 PM ET. Winners will be notified via email and will have 48 hours to respond with their mailing address. After that, we will move onto another winner.