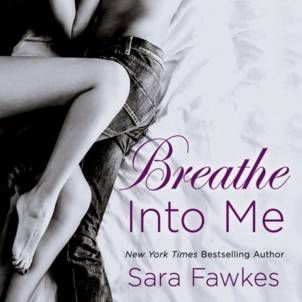 This weekend’s giveaway is sponsored by Breathe Into Me by Sara Fawkes.

How did my life get so broken?  It’s a question Lacey St. James asks herself every day. Stuck raising her little brother in a trailer park while she works a dead end job at a grocery store, she has a stalker ex-boyfriend, a bad reputation, and no way out.And then she meets Everett, whose presence changes her entire existence.Everett is an outsider to her small community, in town for the summer housesitting one of the grand mansions off the Mississippi coast. When he saves her in a bar one night, she’s grateful but wary of his intentions. Lacey doesn’t trust most men in her life, but for reasons Lacey can’t understand, Everett is completely captivated by her. He’s determined to show her that life can offer more than she’d ever hoped for, if only she believes in herself. As she works with him to free herself, Lacey desperately yearns to trust him, to move on and perhaps start fresh.But what happens when she finds out that everything he’s told her about himself was a lie?

We have 10 copies of Breathe Into Me for 10 lucky Riot Readers! Just complete the form below to enter. Entries are limited to the United States and will be accepted until 11:59pm, Friday, August 22nd. Winners will be randomly selected.