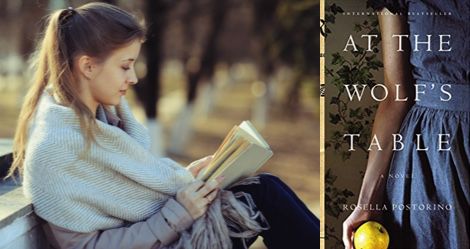 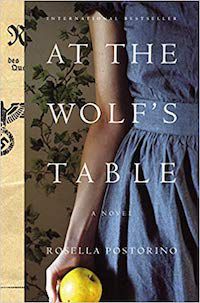 At the Wolf’s Table is the internationally bestselling novel based on the untold true story of the women conscripted to be Hitler’s food tasters, from Rosella Postorino. Germany, 1943: Twenty-six-year-old Rosa’s parents are gone, and her husband’s fighting in WWII. Impoverished and alone, she decides to leave war-torn Berlin for the countryside. But one morning, the SS come and say she’s been conscripted to be one of Hitler’s tasters: each day, she and nine other women go to his headquarters to eat his meals before he does. And as secrets and resentments grow, this unlikely sisterhood reaches a dramatic climax.

We have 10 copies of At the Wolf’s Table by Rosella Postorino to give away to 10 Riot readers! Just complete the form below to enter. This sweepstakes is open to residents of the United States (excluding Puerto Rico and all other US territories) and entries will be accepted until 11:44:59 pm, February 8, 2019. Winner will be randomly selected. Complete rules and eligibility requirements available here [LINK RULES TO THIS WHOLE SENTENCE].