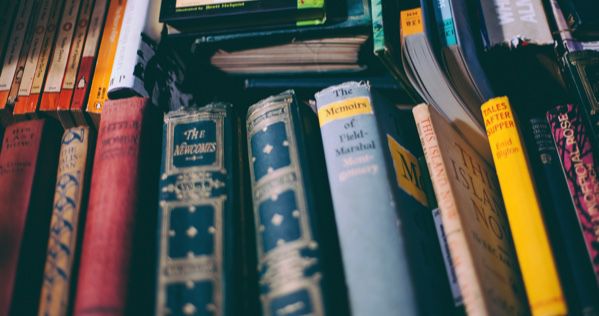 It’s okay to weed your TBR. In case you needed the permission, there it is. We talk a lot about weeding our collections and, often, that’s with an emphasis on books we’ve already read. But it’s just as valid to take a look at your list of books to be read and just say, “Nah.” And that’s all there is to it. You don’t even really owe yourself a reason to axe titles.

I used to have a problem with this. Once a book was on my TBR, that was it. I was committed to it. After all, the list is to be read, not to think about reading or to put on this list and then forget about forever. The thing is, I once went over my lengthy list of books to read on Goodreads and realized I was no longer the person who had added a lot of them.

Some of the books on my list were for projects I’d long since abandoned. Some of the books represented interests I no longer had. Some of the books were out of date, either factually or culturally, and to commit to reading them still felt sort of icky. So I finally gave in and culled my list. I gave myself permission to weed it. I cut it out.

It wasn’t without pain and cringing. I brought my list down from close to 500 to something like 250. It was uncomfortable, essentially declaring I was giving up on a large piece of what felt like a goal. Among my friends and family, I’m known as someone who picks a thing to do and does the damn thing. No matter what obstacles I encounter. However, I’ve come to reimagine my TBR—especially the more tangible one that exists on Goodreads—as a list of options rather than a to-do list. This helped. It was still difficult, and I admit there are still titles on my list that probably shouldn’t be, but I have such an attachment to the idea of checking them off someday that they remain.

There are benefits to weeding your TBR, aside from there being a little less pressure to get it all done. Once you’ve done it, you may have a better idea of what’s actually on there, rather than just an overwhelming sum of titles. You might even organize them once you’ve narrowed it down a bit—topic, author, whatever. You might find you feel less overwhelmed and taking a heartier stab at reading away your TBR. You may also realize you’re more comfortable with adding to your TBR more casually, knowing that you have future permission to remove it if it no longer suits your needs or interests.

Readers sometimes put a lot of pressure on themselves. I know I do. But reading is, generally speaking, supposed to be enjoyable. If we continuously make it some sort of chore for ourselves by making a list that traps us into reading things we no longer have interest in, it’s not fun anymore.

When past you added that book to your TBR, it was supposed to be a gift to future you, not a burden.

So go ahead. Weed your TBR. Cross them out of your notebook. Pour whiteout over your lists. Go to Goodreads and click on the little x next to the books you can’t figure out why you added in the first place. Weed and prune and shear and shape until you have a TBR that looks like a beautiful garden full of tempting fruit and flowers to pick instead of an overgrown and tangled mess of, well, weeds. You deserve that.

And if your TBR manifests in the physical with stacks of books around your living space? Weed those, too. Sure, maybe you paid for them—but what are they taking from you (emotionally, mentally, perhaps even physically) by taking up space in your physical life? Is it worth the money you paid?

If you want some tips on going about weeding your digital and physical TBRs, check out this article. As you get ready to do it, if you need a little nudge or permission, you’ve got it. Now get to it.