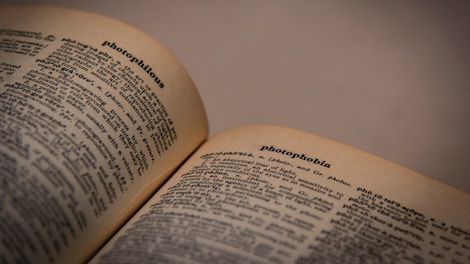 The English language never sleeps, and neither does the dictionary. The work of revising a dictionary is constant, and it mirrors the culture’s need to make sense of the world with words. There are always new things to be named and new uses for existing words to be explained. A release of new words is also a map of the workings of a dictionary—you get to see what we’ve been up to—and of how words from different contexts come to reside in the same place.

It all begins, in each case, with evidence of words in use. Each word follows its own path at its own pace before its use is widespread enough to be included in a dictionary. We watch as words move from specialized contexts to more general use and we make citations for each word in order to draft our definitions. This means, in other words, that we have the receipts (in a manner of speaking).

Language evolves as we evolve.

Many commentators suggest that the interest in political and current affairs titles reflects a nation trying to make sense of its tumultuous political environment. The huge political and social shifts of the past 20 to 30 years are still influencing South Africans’ daily lives. With one corruption scandal following another, trust in the authorities is low. But citizens still seek authoritative overviews and answers – in the nonfiction titles that line our shelves.

There is little reason to predict that the trend will change. However, if the threats mount, then we may see authors and publishers shifting to less controversial topics. For now, it’s great to see books in the news again.

Trend pieces about books across the globe are always fascinating.

Despite competition from behemoths like Amazon, independent bookstores are thriving. A recent American Booksellers Association report found that since 2009, the number of independent bookshops has increased 31 percent. Sales have also grown in the last five years.

This growth is partially because some want to shop locally, but it’s also because these brick and mortars offer a community space. On top of author readings, local bookstores can offer speed-dating events, music classes, and more chances to link up with like-minded individuals.

In New York, we’ve seen a few Latinx-owned bookstores crop up. These businesses not only have books that reflect our communities, they’re also finding ways to speak to our needs.

New Yorkers, some new bookstores for you.