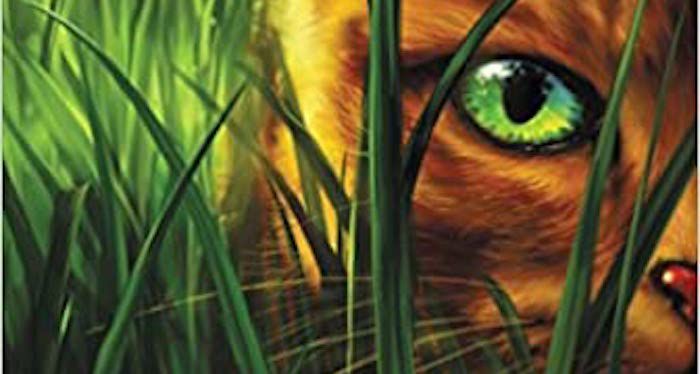 If you were in elementary school anytime after 2003, chances are you are at least familiar with Erin Hunter’s Warriors series and sub-series. The original series (called The Prophecies Begin in later editions), which spans six novels and begins with Into the Wild, follows a house cat named Rusty who leaves his home to explore the nearby forest and has the opportunity to join a group of wild cats known as ThunderClan. This clan is one of six that interact with one another with developed politics, conflict, and alliances. The resulting environment makes for a rich context in which the characters experience the world in a depth-y and imaginative perspective that is irresistible to readers.

What Is Warriors About?

As Rusty’s time with ThunderClan grows, so does his importance in the group. While the politics of this provide some basis for conflict, other forces also threaten the clans—humans, naturally, are one. This is especially the case in the second series, Warriors: The New Prophecy, when the Clans homes are threatened by construction. Later series dive more deeply into supernatural elements of the Warriors world, further inter-clan conflict, the vast family tree that makes up the characters of Warriors, and more.

How Did Warriors Come to Be and Evolve?

Warriors: Into the Wild and its predecessors did not have a typical origin. According to the official Warriors website, publisher HarperCollins approached editor Vicky Holmes and requested a series about cats in the wild. Holmes shared that she at first struggled with the idea but quickly got lost in the rich world of Warriors, much like the eventual readers did.

The first book was published in 2003 and by November 2004, all six books in the first series were available for purchase. The second series was finished by the end of 2006; Warriors: Power of Three was complete in spring 2009; Warriors: Omens of the Stars wrapped up in 2012; Warriors: Dawn of the Clans ended in 2015; Warriors: A Vision of Shadows finished up in 2018; and as of 2020, Warriors: The Broken Code is still being released.

Like other series, Warriors doesn’t stop with its core novels, but has expanded to include standalone novels called Super Editions, field guides for readers who want to know even more about the Warriors world, manga, and novellas.

What About Erin Hunter?

If you read above, you might have noticed that Erin Hunter doesn’t exist. If you’re just discovering this, I’m so sorry. I know it’s a hard pill to swallow.

While Vicky Holmes is the “original Erin Hunter,” the team behind the nom de plume includes writers Kate Cary, Cerith Baldry, Tui Sutherland, and Clarissa Hutton, among other guest writers. Until 2017, Holmes took responsibility for outlining the stories while leaving the writing to the team, though the Warrior Cats website reports she stepped down that year due to medical reasons.

The revelation that Erin Hunter (at least, the one who wrote the Warriors series) is not real has come as a shock for many. Fellow Rioter Tirzah Price shared she once accidentally broke the news to a young girl who exclaimed she intended to meet Erin Hunter. The girl, of course, was devastated to learn the truth.

Why Is Warriors So Popular?

So what is it that inspires such enthusiasm around an author who doesn’t exist and her series? The popularity is certainly clear; in 2016, Screen Daily reported the series sold more than 30 million copies. Like many other popular children’s series, Warriors has the automatic attraction factor of a story that focuses on animals. That the animal of choice is a cat—and the main character a house cat—provides an extra layer of interest. Plenty of readers will have pet cats of their own, and thus find an easy and relevant access point to the story. Rusty could just as easily be their beloved tabby, and how amazing to imagine this rich world the cat (and the reader, by association) could experience?

But it’s more than just the cats that draw readers in and keep them there. One fan, Kyri Lorenz, wrote to me: “I was obsessed with cats as a child, as well as that sort-of historical folk magic kind of thing with the different warring clans and the herbalism with the healers. There’s also that sort of ancestral animist shamanism aspect that I was drawn to.” The politics and rituals aren’t unfamiliar to children’s media—perhaps one of the most well-known examples of this kind of highly civilized society of non-humans is the Toy Story franchise, which continues to see success 25 years after the release of the first movie. Lindsey Moser, who also loved the series, said: “I love it because it challenges young readers to think about animals as having their own cultures, language, abilities, as valid as ours.”

Another fan, April, recalled first getting into the series while in middle school, noting that the interest was driven by “connections formed with the characters and relationships between the characters.” And, like other series that provide the opportunity for readers to identify with a group (think Percy Jackson’s godly parents), Warriors offers this kind of community as well both with the Clan concept and the cats as individuals. “It was also fun to imagine myself in the world, giving myself a cat persona.” Names are an easy place to start with a persona, which involves a two-name system that allows names to evolve as a cat’s role in the clan’s hierarchy shifts.

In addition to strong world building and characters, Warriors also benefits from a great plot. Yet another fan, Rachael Walker, wrote: “It kept my interest because of the cats for sure, and also because of the action and I got invested in the characters and their arcs.”

Readers with fresh memory of the books will instantly connect with the prose, too, which is rich with sensory detail and really hooks into the idea of experiencing the world from the perspective of a cat, with no human interpretation to guide. April recalled understanding this perspective distinctly. “I didn’t realize what they called ‘monsters’ were actually cars when I read the first book, they described it in such a way that a human never would.”

With all of these strengths combined, it’s no surprise that Warriors also excels in themes. The books aren’t without continuity errors despite Holmes and the rest of the team’s best efforts, but it’s a small price to pay for such an enchanting world and story.

What Is The Warriors Legacy?

While the franchise continues to grow strong, it’s impossible to say what the longer-term impact of Warriors will be. But already, its impact on publishing and aspiring writers is clear. In addition to Warriors, Seekers is another series by Erin Hunter. These books follow bears rather than cats and also have a dedicated following. Erin Hunter has also authored Survivors, about dogs. Beyond the imagined Erin Hunter, contributors to books “by” Hunter have gone on to find success with stories that are similar to Warriors, like Tui Sutherland’s Wings of Fire series, which focuses on dragons.

Without speaking to the authors directly, it’s difficult to say whether other books are inspired by Warriors, but it’s reasonable to imagine publishers are attracted to similar stories (the Seattle Public Library offers a list here), and so they’re more and more present in libraries, bookstores, and children’s bookshelves.

Warriors didn’t start it all, of course. Prior to the series readers adored tales involving animals since the beginning of time. More recently, there was Brian Jacque’s immensely popular series. One member of a library staff, Brett Willis, commented: “I always wonder at if this is more or less the Redwall of the next generation (in spirit, I understand the Warrior Cats live in our world, not one peopled entirely by the anthropomorphic).” The Chronicles of Narnia also came up as a nod to the idea that talking animals are ever in style.

But perhaps most importantly is how Warriors engages and encourages its base audience. April wrote: “[It] was definitely one of the series that got me interested in storytelling and creating characters, which eventually led to me writing my own stories (and once, with a friend, a very humorous Warriors fan fiction).” The official Warriors website actively encourages fan participation, too. Site runners post challenges for the “CreatorClan” and provide a detailed family tree (spoilers abound; click at your own risk) that can aid fans in creating the most in-canon fan responses possible, should they be inclined. One fan even attempted to produce their own animated series of Warriors.

And I think that’s the cat’s meow.