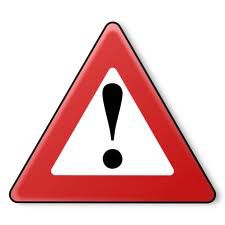 You can keep your jacket copy and your blurbs (more on those soon), your catchy synopses and your elevator pitches. Spare me the “it’s the next Fill-In-The-Bestseller-Here” comparisons and the “Don’t I look serious with my chin resting in my hand this way?” author photo. What I really want when it comes to book design is the one thing I’ve never seen: disclaimers.

I’m not talking about MPAA-esque ratings to indicate the presence of potentially offensive content, though slapping big “This Book Contains Sex!!!!!” stickers on the front of, well, anything and everything could do wonders for the industry. No, what I’m asking for is an upfront acknowledgment when a book is 90% awesomesauce but has a few problems–problems that could be dealbreakers for readers if they came as surprises but become mere bumps in an otherwise smooth road when there’s fair warning. What I’m asking for is a sort of “Yeah, we know that part’s rough, but it really is worth pushing through,” a statement that is realistic and down-to-earth in all the ways that blurbs are not. (Really, more on those later.)

I’ve been thinking about this since the summer of 2008, when I spent most of my shifts at work as a bookseller trying to handsell Andrew Davidson’s The Gargoyle to customers. I loved the book, but I found myself telling people over and over, “the first fifty pages are really gritty, but the rest of the book makes them SO worth it.” (The protagonist survives a fiery car crash and sustains severe burns to most of his body, requiring extensive and painful treatments that Davidson presents unflinchingly.) When the reviews came back mixed and the book didn’t perform nearly as well as the publisher expected, I began to wonder if it had to do with those first fifty pages, if they tainted the rest of the experience or sent some readers straight for the dreaded DNF pile. And then I began to wonder if the responses would have been different if readers had known what was coming.

Now, you could argue that if a book requires a disclaimer to get readers past a certain bit, then what it really needs is better editing, and you would be right in many cases. There’s no question that the Dante-inspired journey Davidson’s protagonist makes into hell near the end of the book is indulgent and more than a little ridiculous. But when the part to be disclaimed is central to the story–as in the gruesome burn recovery in The Gargoyle or the seemingly outlandish “Jesuits in space!” plot that drives Mary Doria Russell’s incredible novel The Sparrow–you can’t just cut it out. What you can do is give readers a heads-up. Tell us, “Listen, we know the setup sounds crazy, but trust us–once the Jesuits get to space, this book is off the hizzy.”

What publishers might sacrifice in upfront sales, they’d make up for in reader happiness. Happy readers buy more (right?), and who’s to say disclaimers would hurt sales, anyway? If writing negative reviews has taught me anything, it’s that every time I say, “And then this thing happened, and I HATED it,” there’s someone who loves that very thing and wants to read the book because of it. Creative industries are given to hyperbole (I swear, we really are going to talk about blurbs soon), and publishing would do well to get real with readers, using disclaimers as a way to build consumer trust. I mean, we all know that the book they’re talking about probably isn’t the next fill-in-the-bestseller-here, so let’s all just recognize it and move on.

If Last Night In Twisted River had a disclaimer that Irving shoehorned all his classic tropes into one scene (bears and missing limbs and dead parents, oh my!), I wouldn’t have been nearly as frustrated by it, and if The Filter Bubble came with a complimentary tinfoil hat (kudos to Josh Christie  for the original reference to same) to acknowledge that it leaned just a little too close to the conspiracy theory line, I’d have trusted Eli Pariser more. Neither of those alerts would be enough to scare me off the book, and the warning would soften the blow of the less-than-awesome parts.

So, what merits a disclaimer? Publishers will want to avoid making assumptions about readers’ values, and they’ll want even more to avoid negative messaging, so we shouldn’t expect to see a “contains gratuitous and unnecessary violence” notice, and it pretty much goes without saying that disclaimers related to religious content would cause more trouble than they were worth. But what about something candid and direct? Something like “Hey, there’s a graphic rape scene in chapter X, and you can totally skip it without missing anything,” or “A third of this book deals with a subplot that’s only tangentially related to the main story; skip [these chapters] if you’re pressed for time.” We could all manage that, right? We could even be playful with our disclaimers: “Cheesy references to man titty abound!” (thank goodness Sarah Wendell made it okay to say “man titty” on the internet!) or “Don’t worry–no one expects you to believe the twist on page 75.” Authors could get in on the act, too: “This book is 300 pages longer than it needs to be–my name is Wally Lamb, and my editor let me get away with it because my name is Wally Lamb.”

We’ve been seeing publishers experiment with dropping the middle man (read: bookstores and e-tailers) and taking on direct-to-consumer sales and marketing for a while now. If they want to get serious about building brand equity and name recognition among rank-and-file readers–most of whom do not pay attention to things like publisher, imprint, editor, etc.–they have to break down the beloved walls that separate (protect?) them from readers and start establishing themselves as businesses that want to have relationships with their customers. It’s no longer sufficient to focus only on what convinces a reader to buy a book. We cannot measure success solely by the number of purchases made if we want to maintain or improve the quality of traditionally published literature while the market is flooded with other (less carefully vetted) options. Disclaimers–introducing them, testing them, and getting readers’ responses–are just one way to extend the dialogue with reader-customers beyond the point of sale.

When I started preparing for this post, I thought the idea was fun and interesting but way out there in terms of the likelihood that anyone would execute on it. But now that I’ve worked through the idea, I really think I’d like to see a publisher try it. What do you think? Would disclaimers affect your reading choices/habits and make you trust publishers more? For which books would you suggest disclaimers?