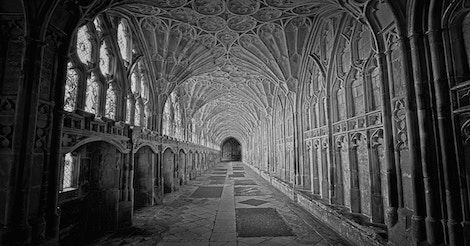 On Friday, J.K. Rowling’s Pottermore, the official online companion compendium for all things Harry Potter, revealed another surprising tidbit that threw fans for a Qudditch loop. “Hogwarts didn’t always have bathrooms,” the tweet in question reads. “Before adopting Muggle plumbing methods in the eighteenth century, witches and wizards simply relieved themselves wherever they stood, and vanished the evidence.”

When sisters Mena and Zena Nasiri, both avid teen readers, noticed a dearth of YA books featuring Muslim females like themselves, they took steps to remedy this gap in representation. The Michigan residents have founded Girls of the Crescent, with the mission of collecting and distributing recent books that spotlight strong Muslim heroines to schools and libraries. The sisters are gathering donations through various fundraisers, including book fairs and food drives, and individual contributions from friends, neighbors, and authors donating their own books. To date, the Nasiris have gathered nearly 200 book donations for the library collections of 21 schools in their district. They have also donated more than 100 books to various public libraries and other school districts, in addition to encouraging librarians to purchase recommended titles for their patrons.

And you can help them donate more!

“Many publishers claimed it simply wasn’t possible to close their lists to male writers and renege on existing contracts,” says Catherine Taylor, who oversees And Other Stories’ marketing and publicity. “We were able to make the choice to go ahead and was in fact the only publisher which rose to the challenge for 2018. As a result we’ve seen some brilliant unsung writers like Ann Quin, Fleur Jaeggy and Norah Lange brought back into publication and some thrilling new voices, too.”

And Other Stories’ Year of Publishing Women has, overall, been a success but there are some people who might still baulk at its premise. Taylor’s response to these hypothetical nay-sayers resounds loud and clear. “Are [they] saying that only one specific group should dominate politics, society, and in this case, the arts? Extraordinary to think what would be missed out on,” she says. “How many more straight white male authors do we actually need to read?”

Here’s a look at how things went for the UK-based publisher who only published women in 2018.