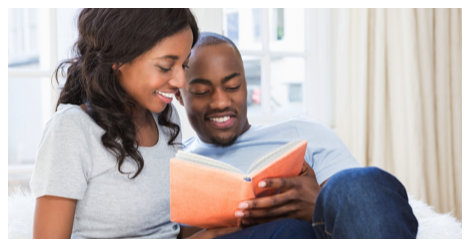 With body shaming rampant in the media, the objectification of women’s bodies is more prevalent than ever. Women are mercilessly scrutinized based on their weight and appearance on a daily basis. Movies, television, the fashion industry — you name it — continue to value slim women with unrealistic measurements above all other figures.

And yet some individuals continue to wonder why today’s young girls have lower self-esteem and confidence levels than in previous years. From eating disorders to mental health issues, young girls are at a greater risk of engaging in dangerous behaviors in an effort to conform to society’s unrealistic standards. So where can women turn to for strong role models?

The solution may come from an unlikely source: romance novels. The heroines in these stories are incredible role models for not only women of all body types, but diversity as well. And many of the heroines are relatable to girls who are often forced to live up to an impossible standard.

With over $1 billion in sales every year, romance novels are one of the top-selling genres in the publishing industry. Often told in the first person point-of-view, romances feature heroines of all shapes and sizes. Some heroines are curvier, while others are slimmer. But what it all comes down to is that there isn’t one ideal heroine for someone to fall in love with.

When romance novels are told in alternating or dual point-of-views, the phrase “Beauty is in the eye of the beholder” is truer than ever. But what makes these heroines truly relatable is the sheer spectrum of personalities found in these books. The majority of these heroines aren’t exercise junkies. You won’t see them posting any “fitspiration” pictures of fruit-and-vegetable laden meals. They’re much more likely to order last-minute Chinese takeout for dinner. And those who do take up exercise elaborate on the struggles and pains — both physical and mental — that come with pushing your body past its limits.

Diverse casts of characters are also prevalent in romance novels. Rainbow Rowell’s young adult novel Eleanor and Park is an intriguing character study of two high schoolers coming to terms with their identity all while falling in love. Park is half-Korean and half-Caucasian, and he struggles to identify with his mixed heritage — as many young adults do. Throughout the novel, he tries to take more of an interest in his Asian culture, but mostly remains at a loss on how to do so in a white-dominated culture. Even more extraordinary is the fact Rowell wrote the lead hero as an Asian, when Asian males in particular are so often perceived as less masculine than their white counterparts.

Furthermore, indie author Mariana Zapata, whose popular novels include The Wall of Winnipeg and Me and Under Locke, is the author of a genre known as slow-burn romances. Slow-burn romances are more character-driven rather than instant attraction. They take more time to develop as the characters grow both inside and outside of the relationship. But what makes some of her heroines stand out is their diversity.

In Zapata’s novel Kulti, the heroine Sal Casillas speaks Spanish when visiting her parents at her childhood home. Speaking a language other than English at home is a common part of multicultural individuals’ lives. This kind of attention to detail is so rarely seen in other novels or television, with the exception of the TV show Jane the Virgin.

As a second-generation Asian-American, I find this kind of attention to detail a welcome insight and something with which I can identify. Not seeing someone who looks like me in movies or television as the lead character has made me question my worth as an individual. But no should ever have to feel worthless, especially in a nation that prides itself on being a melting pot of cultures. The white narrative has permeated pop culture to such a deep level that today’s efforts to diversify the media emerge are met with greater resistance than anyone could ever have expected.

As author Amy Harmon said, “Everybody is a main character to someone.” No matter our shape, size or ethnicity, all women deserve to know just how worthy they truly are. And to start, we can all just pick up a romance novel.