This giveaway is sponsored by I’m Your Biggest Fan by Kate Coyne. 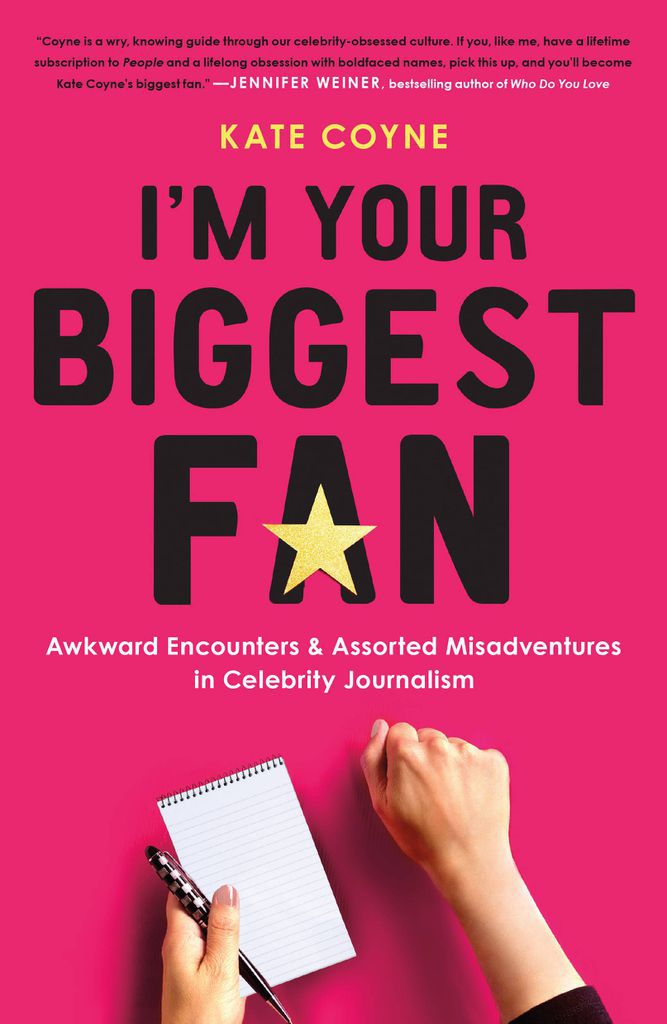 The Executive Editor of People Magazine provides an unfiltered and hilarious look at her life alongside the rich and famous, as she reveals how being a fan-girl lead to celebrity close encounters she could only dream of growing up.

Last week, we asked for your most embarrassing author encounter stories and hoo boy did you all deliver. We combed through over 150 truly awkward tales of crying, word salad, and people forgetting their own names and the names of the author in front of them. And in case you’re wondering, David Sedaris, Margaret Atwood, Neil Gaiman, and Stephen King are the leaders in number of awkward encounters with our readers!

We’ve narrowed the field down to our three favorites: vote for yours in the poll below! The winner will soothe some of their pain with a prize of a copy of I’m Your Biggest Fan by Kate Coyne, and a $100 gift card to the book retailer of their choice! Poll closes 11:59PM EST, Tuesday, July 19th.

I announced my first pregnancy to three authors before I’d even told my husband! Susan Wiggs, Kirby Larson, and Susan Andersen were at our table at the Whidbey Island Writer’s Conference and within moments of introductions, Susan Andersen asked, “Do you two have any children?” “Hmmm…None that he knows of anyhow…” I answered. “Are you trying to tell me something?” he laughed teasingly. I looked around the table. I didn’t know these people. This wasn’t how I planned to spring the news on my hubby. It wasn’t the time or the place and it might have been downright unprofessional for an aspiring writer like me….but what good writer doesn’t love a little drama? I couldn’t let the juicy opportunity pass. “Actually… I think I am,” I announced. There were gasps, cheers and call for celebratory wine. As for me, I didn’t even get to have dessert. My husband chased me out the door 10 minutes later to hit the pharmacy for a pregnancy test and confirmation that our first-born was indeed in the making!

I went to a Margaret Atwood book signing. After she signed my book, she handed it back to me. I tried to take it, but she didn’t let go. I pulled harder, but she held on. I looked at her like, “Okay, lady. I love you, but you’ve seriously gotta let go of my book.” That’s when I realized she was smiling off to one side. Apparently, someone was taking pictures. I was supposed to stand there as Ms. Atwood graciously handed off a signed book, and wait for the picture to be taken. Needless to say, my picture came out awful! I look like I’m engaged in a tug of war with Margaret Atwood, which I basically was. And that’s how I found out Margaret Atwood has some serious upper body strength.

Finalist #3: Jennifer Volunteers To Move in With Roxane Gay

At a Roxane Gay reading, she joked with the audience about how much TV she watches, how she loves to live tweet since she lives alone. Someone in the audience asked how she manages to get so much done while also following so many shows. Roxane laughed and replied that she would get so much more done if she had a roommate, someone there to give her more accountability so she couldn’t spend so much time glued to the shows. When I was getting my copy of Bad Feminist signed, I leaned in close to her and half-whispered, “I could be your roommate.” She looked up, and not having heard it, replied, “What?” I took a deep breath and said, “Well, earlier, you said you’d be more productive if you had a roommate, so if you want I could move in with you. I don’t mind moving to Indiana.” I felt my face getting red as I grinned like an idiot, but Roxane laughed so hard, gave me a hug, and wrote, “To my roomie,” in my copy of Bad Feminist. She’s SO AWESOME, even more awesome than you thought, and this anecdote is proof of that!