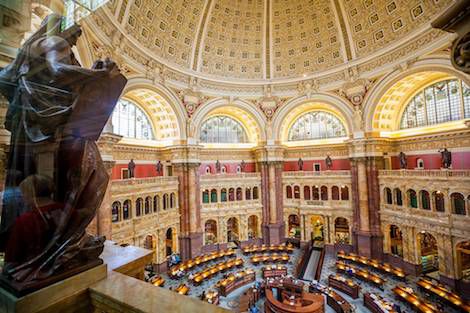 At the tender age of nineteen I took my first step into the Library of Congress only to leave it later that day as a hardened criminal.

I had no intention of becoming a thief when I woke up that morning (in fact I had no intention of becoming a thief when the crime took place). It was my April break and I was in D.C. to visit my penpal for the first time. We hit up all the major fun tourist spots that teenagers love (Holocaust Museum, Julia Child’s kitchen) but the crowning jewel for us was going to be our trip to the Library of Congress. For an agnostic book nerd who once told her fifth grade class that she would rather be the Librarian of Congress than President of the United States entering the Library of Congress would be the closest I would ever get to a religious pilgrimage. Naturally I took care to dress up for the occasion which meant trousers with a belt (this is important) and a tweed coat.

It turns out that the Library of Congress takes their security very seriously and all visitors must pass through a metal detector before entering the hallowed building. I took the metal hairclip out of my hair and my belt off my scrawny waist and sent them through the x-ray machine with my Strand tote bag. By now I was in such a state of excitement that I had transcended physical reality and was walking in the sort of glorious haze that can only be induced by heavy narcotics or the promise of seeing old books. In this haze I picked up my belt and hairclip and put them back on my body, more interested in staring at the surroundings than my own possessions.

We spent the afternoon in the library wandering from room to room as I whispered exclamations of shock and pleasure (At this point in my life I hadn’t had sex but can now say that they were various similar experiences.) while also periodically hitching up my trousers as they slouched off my hips. Who had time to wonder why my belt was suddenly looser? There were BOOKS to see!

Eventually visiting hours came to a close and my penpal dragged me to the exit despite my shrieks that I lived there now. As I walked through the exit metal detector (No smuggling metal books in your pants!) I overheard a middle-aged man YELLING at a security guard that he had lost his belt while in the library. “What a chump,” I thought as I passed him, “Who could just lose their belt?”

Outside the library my penpal and I sat on the steps eating chocolate and enjoying the last of the sunlight. As we stood to go I reached into my bag for my phone and pulled out my belt.

The belt that I put on that morning.

I looked down at my waist. I was not wearing my belt.

That man missing his belt who I called a chump? I was wearing his belt. 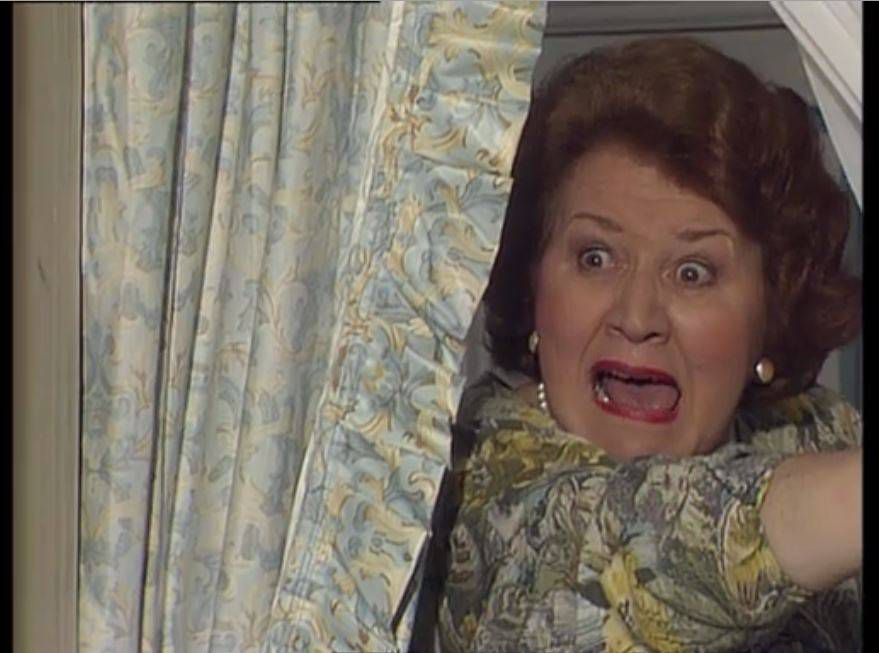 I thought back, trying to figure out how I could have stolen a belt off a stranger. Did I black out from joy and as I fell forward reached out for help and ripped his belt off of him? While that was certainly a likely option I assume that in my initial haze I had taken off my belt before passing through the metal detector and put the belt directly into my tote bag. On the other side of the metal detector I had picked up not just my tote bag (with my belt in it) but A STRANGER’S BELT. (It did explain why my pants had felt unusually loose that afternoon.)

Without knowing it I had entered into a life of crime from which I could never return. This is who I would be until the end of days.

Because I was an utterly anxious goody-two shoes I ran back to the exit desperate to amend for my sins. I can only imagine how absurd I looked frantically trying to explain to the security guard what I was confessing to. Eventually I was firmly reminded that the library was in fact CLOSED and that I should go to a lost and found that was naturally several streets over.

We sprinted to the lost and found with the guilt of my actions pounding in my ears. As the sun began to set behind the marble buildings of the capitol we made it to the locked doors of the lost and found. Locked. We were too late. Now we stood together unsure of what to do, the belt hanging limply in my hand.

So we buckled it to the lamppost in front of the building because hey, that makes sense.

And that’s how I entered the Library of Congress a naïve girl and left it a scarred criminal.