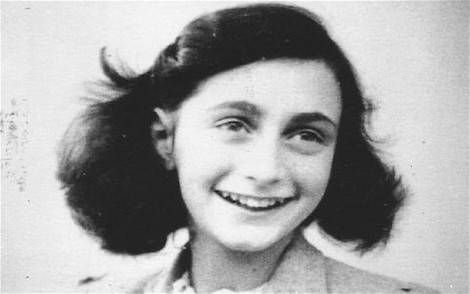 According to The Guardian, a virtual reality film is in the works that will bring viewers “into” the Amsterdam annex where Anne Frank hid with her family from the Nazis from 1942-1944.

I think I speak for many people when I say to Jonathan Hirsch (the producer): just….just don’t.

Anne Frank’s story is undoubtedly one of the most compelling to come out of the brutality and carnage of World War II. I read her diary many years ago, and was moved by its honesty and optimism, even as Anne was forced to live in hiding for years.

But the ways in which people have pounced on this tragic story over the years is shameful, in my opinion. Aren’t there enough freakin’ plays and films about the Frank family’s experiences? Do we really need another one, and one that is so voyeuristic? Thankfully (and hopefully), we will never know what it’s like to have to live cramped and silent for years, terrified at the slightest noise because it might mean that we’ve been discovered and will be dragged out to be sent to a camp or shot. So let’s not pretend that we can understand.

If you really are interested in seeing the annex, you can always go to Amsterdam and take a tour. I could have taken this tour several years ago when my husband and I were visiting that city, but we didn’t have much time to sightsee and there was the Rijksmuseum to visit and I already had Anne-overload from my years learning about the Holocaust at school. Plus, it just felt CREEPY to go prowling about the place where this poor girl and her family lived in terror. But maybe that’s just me.

You know what? If you’re interested in learning more about Anne Frank, I have some other ideas, and they involve BOOKS:

First, if you haven’t already, do read The Diary of a Young Girl. Just do it.

Also, you need to check out Anne Frank Remembered: The Story of the Woman Who Helped to Hide the Frank Family by Miep Gies. Trust me. My mom raved about it and basically insisted that I read it, and though I really didn’t want to immerse myself yet again in Holocaust history, I read it and realized just how important Miep’s story is, too. You learn not just what it was like for her to risk her life helping the Frank family, but how difficult it was for the Dutch people in general during the war- the food shortages, the Nazi bullying and brutality, the constant fear and dread.

There are many things you can do to learn more about Anne Frank and her family’s experiences. But a virtual reality film about it is just GROSS. Period.