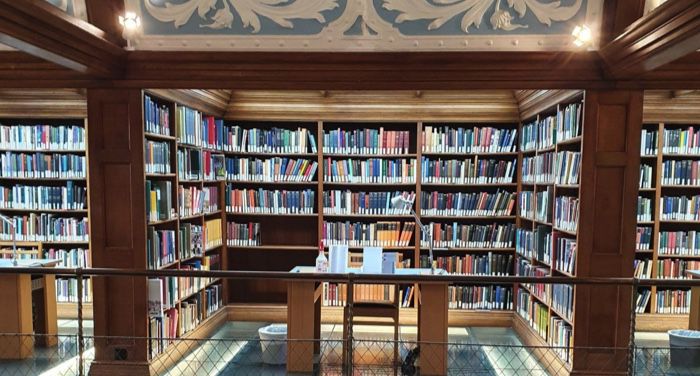 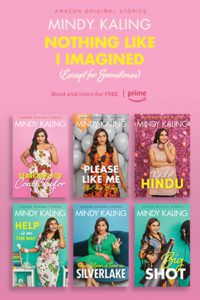 From New York Times bestselling author Mindy Kaling comes “Nothing Like I Imagined,” a new collection of six hilarious and personal essays. Mindy gives the inside scoop on her new role as a single mom, the perks of being her own husband, and how she deals with social anxiety even at the most glamorous A-list parties. In between, the beloved actor, writer, producer and Hollywood power-bruncher gets Kanye West’d at her best friend’s birthday, thwarts an “only in LA” crime, and learns what it means to have it all. Prime members read or listen for free.

Initially, I planned to go around photographing the insides of every single library at the University of Cambridge (yes, all 116 of them). But COVID-19 means that all the college libraries are closed to visitors, while the process of entering faculty libraries has been complicated by new booking systems limiting the number of people inside.

Fortunately, my own library at Newnham College is up to the task of supporting an article all by itself. Here I’ve pulled together some pictures of the space, as well as description of certain artifacts. It’s a fantastic place to work, and I hope I’ve managed to convey that! It’s one of the biggest libraries in Cambridge, partly due to the fact that when Newnham was first founded in 1872, its students weren’t allowed to use the University Library. There are over 100,000 books (including 6,000 rare books) and another thousand are added every year by the librarians.

There’s already a proper virtual tour here on Google Maps, but I thought adding some description and explanations of the library’s history would be nice!

All the photographs were taken by yours truly. Most feature my lovely college wife, Helena, with whose full permission they’re posted.

Our journey begins at a set of unprepossessing front doors. They don’t look like much, but inside is a much larger space than you’d think. There are a double set of double doors, with the middle space containing a pair of self-service checkout desks. Here’s Helena checking out a book:

There are, essentially, two discrete halves to the library. On the left you have the Yates Thompson Library, so named because it was built in 1897 thanks to a bequest by the wealthy philanthropist Henry Yates Thompson and his wife Elizabeth. Himself a graduate from Trinity College, Henry and his wife were strong advocates of women’s education. The building was designed by architect Sir Basil Champneys, who also did the vast majority of Newnham’s buildings and designed Mansfield College, Oxford. It’s Grade II* listed and started out as a single room, but in 1907 was expanded. As you can see below, there are two storeys with a delicate staircase and low, lacy walls separating them.

The ceiling is also quite impressive. It’s vaulted and covered in 13 printers’ marks from Europe – Yates Thompson was a big manuscript collector, so he picked his favourites to decorate the ceiling. Here’s a close-up of the largest one, which belongs to the Cambridge University Press.

There are some gorgeous fan windows too, as these photos show.

The shelves are structured to create little spaces in between them where you can sit enclosed, working at a desk. Helena demonstrates:

And here’s the view from the upper storey.

In 2004, we added the Horner Marwick Library – the other half. The style is pretty different. Whereas the first half is very old-school classical Victorian, Horner Marwick is pretty modern – all metal and glass. Here’s a look:

They do share a sweeping staircase and curved ceiling. For some reason, the staircase handrail in Horner Marwick CONSTANTLY gives you huge electric shocks, so make sure you don’t touch it.

And in the upper storey of the Horner Marwick Library (which we all just call the new library, to be honest) we have this replica women’s suffrage banner! The original was carried by students of Newnham and Girton Colleges through London on a march in 1908. We do still have the original in a protective case, but the replica was made by Girton alumna Annabel O’Docherty last year. Under the banner, there’s a glass window through which you can see into the old library.

Helena’s back once more, working hard at a desk in the upper storey of the new library.

At the very back of the library, there are lots of cases displaying exhibits related to Newnham and its alumnae. Helena investigates.

Here, for example, is one of the exhibits on display: the Newnham freshers’ matriculation photograph of 1973. It contains somewhere within it the young Diane Abbott, who was the first black female MP to be elected to Parliament.

The Library’s rare books collection is held within the Katharine Stephen Room, built in 1982 and named after our first librarian (who later became Principal). Stephen was also the cousin of Virginia Woolf. Though COVID restrictions meant I couldn’t go in to take photographs, I’ve been inside before and it has some great finds! Below is a portrait of Stephen and a glimpse through the door.

There are random intriguing objects dotted all around the library. Here, for example, is a cast of the death mask of French mathematician Blaise Pascal.

Here’s another head. This one belongs to Isaline Blew Horner, an alumna known for her expertise in Pali literature.

There are a lot of other things in there too, but time and space constraints mean they aren’t featured this time. For when you do visit a library, make sure you’re equipped with the perfect tote bag!