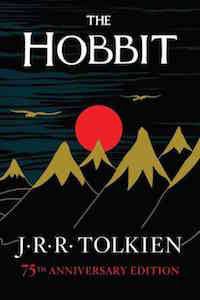 In which  Brian and Dave talk about the new slew of Vertigo titles.

Over the next few months, Vertigo is launching a number of new titles. October sees four such titles debut, and we’ve rounded them up to share our thoughts on the individual titles — as well as Vertigo’s overall direction.

Dave Says: I really enjoy the conceit here. A group of people each experienced some kind of horror in the 80s — in shades of the 80s horror films we might recall — and now they’ve come together to discover that they may be part of a larger tapestry of horror. This feels like a good concept for a Vertigo series — allowing us to shine spotlights on the various characters and to dig into their histories while playing off familiar tropes in new ways. Unfortunately, as a first issue it seems chock full of set-up, and a little thin on character, but… it’s a pilot episode. I’m hoping we’ll dig into individual stories once the set-up is out of the way.

Brian Says: I was taken by this first issue, too. I’m not generally a fan of horror — it really doesn’t do anything for me, least of all scare or creep me out — but I do really love it when the conventions of the genre are played with. So the idea of survivors banding together to prevent others from being terrorized appeals to me because I haven’t seen it before. It’s a fresh concept and what we see of the shape of the series seems well thought out. The 80s movie pastiches are there to help fill in some of the blanks of the series and get the reader in the right mindset, without necessarily screaming “This is the guy from Jason, and that’s the woman from Halloween.” But there’s something about the first issue that left me a little unfulfilled. I wanted a bit more depth to our cast out of the gate, but I can also appreciate getting our main players into the story before fleshing them out. I’m definitely down for the second issue.

Dave Says: Easily my most anticipated Vertigo book of October, and ultimately my favorite. Gilbert Hernandez often draws his own stuff, and Darwyn Cooke often writes what he draws. Thus, as a team, we have two creators who understand both sides of the comics equation. The result is an extremely confident book that reveals an eerie tale that draws on the magic realism of Gabriel Garcia Marquez and remixes it with a retro sci-fi vibe. But while there are mysterious glowing orbs in this book, Hernandez doesn’t forget to ground us in this small Mexican village, with its cheating spouses, old fishermen, and curious kids. Cooke’s art (including the lettering) showcases some brilliant storytelling — even the mundane day-to-day stuff is made interesting in the composition and character acting. I’d love to see a script of this book, just to see what Hernandez depicts, and what was left for Cooke to determine.

Brian Says: The creative pedigree on this book is hard to pass up. I’ve loved Darwyn’s art for a long time and Gilbert Hernandez is one of the absolute best. The combination of their talents results in a incredibly strong first issue. The book is brimming with character; the world feels vivacious, the personalities larger than life. It’s an incredibly polished book, with bright colors and strong lines, all with something ominous lurking beneath the surface. The story echoes the moodiness of “The Most Handsome Drowned Man in the World” and the punchy morality play of The Pearl while still feeling original. It’s interesting to contrast how much happens in this issue, how many people meet and how much we find out about them, with the standard comic book. It never reads as heavy or wordy; rather it uses the comic form to its fullest extent to give as much story as possible through the art. The book is deliberate in its pacing. I’m along for the full ride but it’s great to start off this journey with Cooke and Hernandez with such a strong first step.

Dave Says: I’m going to admit that on my first read-through of Clean Room #1, I didn’t fully engage with the story. As I sat down to type this, I realized I wasn’t quite sure what it was about. So, I read the book again, and I’m glad I did. I think this issue suffers from the opposite problem of Survivors’ Club. Survivors’ Club lays its conceit out pretty explicitly. Clean Room, on the other hand, plays its horror a bit closer to the vest, with shorter scenes that create more movement with less pay-off. That said, on my second read, I realized that this wasn’t a book I could breeze through; I had to soak in it a bit. We start with a short flashback about a girl seeing strange things. We move to a journalist who has attempted suicide and is now also seeing monsters and horrific visions everywhere she turns. This sets her on a path to unravel the mystery of Astrid Mueller, an L. Ron Hubbard analogue with a Dianetics style book that has taken off into its own self-help/religion. It feels like a mashup of Videodrome and Scientology, as written by Stephen King. The more I think on it, the more I like it. I was hesitant at first, but I think I’m in for issue #2.

Brian Says: I didn’t groove to Clean Room on my first read through. I thought it was disjointed and a little too worried about protecting its mystery instead of setting the ground for the mystery. But I decided to give the issue one more try and I ended up liking it a bit more, the book feeling a bit more coherent if you’re familiar with the “language” of the book. This one feels a lot like a throwback Vertigo book: a lot of world building, a lot of setting the stage without explanation. And while those explanations will come, it can be a bit jarring to jump cold into this story. I found myself in the situation of appreciating what the book was doing, how it was using a cipher to talk about Scientology, brushes with death and more, but not clicking with the book. There are definitely threads I would love to follow, but I was left cold. A second pass to the issue did make me feel connected to the characters, but I don’t think I’ll be back next issue.

Dave Says: Art Ops is reminiscent of classic Vertigo in the style of Grant Morrison’s Doom Patrol or Peter Milligan’s Shade the Changing Man. So if that’s the Vertigo you’ve been missing, this is the book to check out. It’s worth noting: I don’t know how this team was assembled, but there is no better art team for this book than Mike and Laura Allred. Mike gets to draw a weird arm made of art, a Mona Lisa removed from her painting into the real world, and a weird black-coated helmeted character called The Body. The story revolves around a fantastic conceit: a group of operatives “protect” art by taking the characters out of the portraits and replacing them with actors. Because this is more fantasy than sci-fi, there’s not really a need for explanation, but I do feel like I need to better understand the metaphor for the weirdness. When books like Doom Patrol or Shade were at their best, you could always see the core themes beneath the layers of weird — in fact, the weird accentuated the heart of the story. I’m not quite sure what Art Ops is trying to say. And I feel like the weirdness may wear thin if I don’t get a handle on it, but my interest is definitely piqued. Warily optimistic for issue #2.

Brian Says: I love weird, high concept books. I’ve also always been drawn to the idea of art having a life of its own. Pictures that move, that disappear when no one is watching, or that live lives free of their frame are all things that I expect to see in future issues of Art Ops. The Allreds shine in this issue. Michael’s pencils setting a great visual tone for the series that, while set today, seems to draw on fashion and art styles from the last 60 years. There’s even a nice touch of Jack Kirby in the mix. Art easter eggs are peppered throughout the issue, which can make for a fun little game as you read along. Laura’s colors nearly glow off the page as it depicts an ever changing arm of pure, mutlicolored paint. While I enjoyed the concept, I will admit to finding some of the dialogue a little clunky and our entry character to this world is not immediately likeable, but that may be part of the process. Perhaps starting with a clearer heist sequence would have made for a slightly easier entry into the weird world of the Art Ops team. Still, there’s enough on the page to get me coming back for another round.

Dave Says: This batch of comics has a lot of what I’ve really liked and responded to in past Vertigo books. Art Ops brings the weird, Clean Room and Survivor’s Club bring the horror, and The Twilight Children reminds me of some of the great offbeat mini-series that Vertigo has introduced over the years. That said, if I’m pining for one thing, it would be a stronger (more overt?) narrative voice. I think comics in general have turned away from the more verbose narrative captions of late 80s and early 90s books like Swamp Thing or Hellblazer, but… I’ve been missing it. That’s not to say these books don’t have style and a voice… but there was something about picking up an early Vertigo book by Neil Gaiman or Peter Milligan that always ensured you’d get this authorial voice beaming through, adding a layer of texture that I often associate with Vertigo.

Brian Says: As a whole, I really like where this bunch of books are going. The concepts feel different enough from each other so as not to glut the market. I was also dreading a lazy attempt to recapture the lightning of peak Vertigo. What we got instead were a varied set of books that are trying to reach a market that has increasingly moved over to Image comics. Any of these books could be published by any of the stronger pseudo-independent publishers. And maybe that’s something that will work against the line in the long run. Vertigo was always made up of varied titles, but there seemed to be something that made each book a Vertigo book, that Vertigo was the only place that book could be from. It’s not necessarily quantifiable, just a combination of tone, story, author and art that made for a unified line made up of multiple parts. It’s still pretty exciting to see this rush of new blood into Vertigo and I think all of them have the right stuff to pick up that mantle.