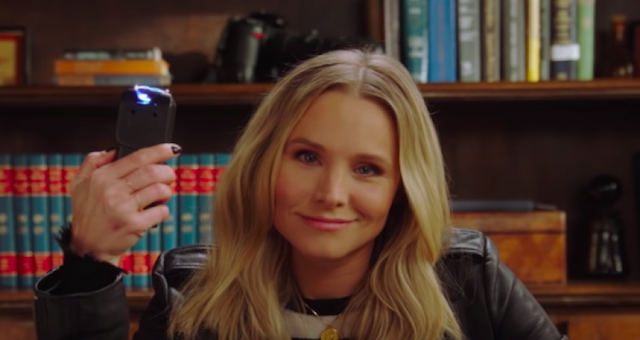 SPOILERS. I can’t stress enough this post is all about the ending of the Veronica Mars‘ Hulu revival so unless you’re cool with spoilers or already finished your marathon don’t read on. Also, TW for mentions of rape.

Everything in the U.S. feels terrible and overwhelming and bigger than anything we can control, fix, or stop right now. And that’s why my rewatch of Veronica Mars season 1 felt so comforting. She was punishing people. Getting revenge. Making people pay for being awful and doing awful things. There was justice. Not always, but enough to feel cathartic.

And then I was handed therapy Logan in the revival which had me wrap myself even tighter into my Veronica Mars comfort blanket. Here she was fighting against some of the evils of the world and here was the love of her life all grown up working on himself. Working on communicating with her. Trying to get her to work on herself—she is a hot mess when it comes to any relationship not with her dad, selfish much? It wasn’t her trying to fix him, it was him trying to fix her. 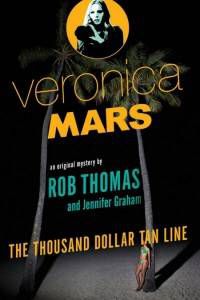 But silly, silly me this is not a comfort show. Veronica Mars was never meant to be a comfort blanket. Its origins was a teen detective who channeled all her rage from her best friend’s murder and her own rape into solving crimes and trying to punish people, in a possibly misguided attempt to be in control. If she had been a boy/man detective, his girlfriend/wife would have already been kidnapped, raped, and murdered. Daughter, too. Rob Thomas essentially gender swapped the noir genre and gave us the cute girl as the alcoholic, grumpy, life-in-shambles detective. It was always meant to be a noir show. It never lost the moral gray area the “good” characters navigated in, nor its cynicism; the sarcasm was always on point, but the bleakness had started to get lost under gooey marshmallows.

And so Thomas reminded us this was noir. And yeah, I was pissed. My friend and I have pictures of Logan as each other’s contacts in our phones. I realized what was going to happen and I screamed at my TV. And through texts. I also had a nightmare where Logan died in front of me—this is what happens when I watch TV instead of reading before bed.

The thing is, Thomas may have broken our hearts by giving us therapy Logan and taking him away, but he’s driving the noir train and it was to be expected. So we cry into a tub of ice cream and mourn with Veronica—who has always gotten knocked down and channeled even harder into her work—and then we look forward to her next case.

Personally, I hope there are more books and more Hulu seasons, because Veronica Mars solving crimes and fighting the world outside of Neptune is something I very much am looking forward to.