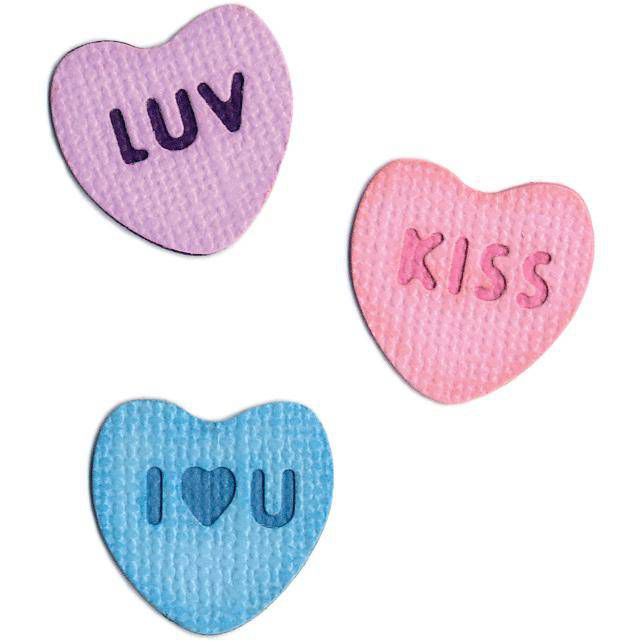 Your name doesn’t have to be Siri for you to realize that the latest communications technology and spelling don’t always mix. When dashing off a quick message with your thumbs or trying to limit your latest profoundly keen social commentary to a mere 140 characters, there is often little time or space for letters that are phonetically irrelevant. 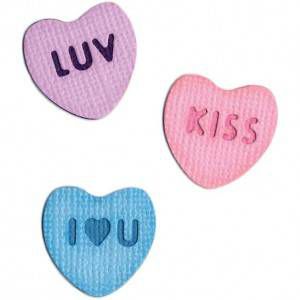 For those of us who work and play with words (and especially weirdos like me who insist on proper spelling and punctuation), it can be a bit frustrating—which is not to say we aren’t also sometimes guilty.

But let’s get to the root of the problem: Valentine’s Day.

Yes, long before* email, texting, and Twitter, there were those crunchy, chalky candy hearts emblazoned with naively naughty and liberally misspelled messages such as I LUV U…B MINE…U R HOT…U R A TIGER…B SWEET 2 ME…and other lines that, for content or form, would have otherwise gotten you get kicked out of the third-grade classroom in which you probably received them.

*According to their manufacturer, the tiny colored hearts have been a tradition “since the Civil War” (popular messages may have included 4 SCORE! and U R A REBEL).

Of course, at least for my generation, third-grade Valentine’s Day parties were important laboratories of social development—offering the perfect cover from under which cowards like me could emerge, as societal norms and Mrs. Brockmeyer demanded that we give paper valentines and candy hearts to everyone in class anyway; it was up to us, though, to decide which of our secret crushes would receive the more risqué—and risky—messages. Was “B MINE” coming on way too strong? I would find out soon enough.

However, we were also learning that it was possible to communicate clearly in written language without necessarily spelling everything correctly, intentionally or not. And as long as everyone knew what we were trying to say, who was going to stop us?

Ah. Which brings us back to present-day technology: Damn you, autocorrect!

While some see this computerized intervention as a means of protecting our language, we all know it just as often ruins a perfectly good message to a friend, or worse. But is the problem autocorrect, or spelling itself?

The question has lead Oberlin English professor Anne Trubek, in a recent issue of Wired magazine, to argue for a relaxation of the language’s strict and often illogical rules:

Our supposedly helpful correction software isn’t doing us any favors, and not just because it routinely turns easily decipherable errors into bizarre non-sequiturs. And definitely not for any of the reasons your third-grade English teacher might cite: that it makes us lazy or robs us of our ability to spell. No, autocorrect and spellcheckers are wrongheaded because they reinforce a traditional spelling standard. Consistent spelling was a great way to ensure clarity in the print era. But with new technologies, the way that we write and read (and search and data-mine) is changing, and so must spelling.

Trubek points out that this notion that words should only be spelled one way is a relatively recent development, roughly coinciding with the rise of the printing press in English-speaking countries—and even then, centuries before Microsoft Word, printers would freely change spellings to justify type (“perhaps this is how deceit lost its p,” she writes, whereas “receipt” never did). And in the land of the free, everyone from Ben Franklin to Noah Webster to Mark Twain has advocated an overhaul of the American English alphabet and/or an unshackling from our stringent spelling system.

While I find much to consider in Trubek’s call for casting off this spell cast by spelling, I tend to agree with Lee Simmons, a Wired copy editor who published a rebuttal:

Personally, I like to be able to understand what I read, without having to stop and puzzle over “creative” spellings—whether it’s in a book, on a tablet, or online. What exactly is it about digital media that demands the abolition of spelling rules? The closest Trubek comes to an explanation on this point is when she writes, “Computers, smartphones, and tablets are speeding the adoption of more casual forms of communication—texting is closer to speech than letter writing.”

Ah! If that’s all we’re talking about—brief, informal bulletins to your friends—fine. No one cares how you spell your text messages, any more than they care how you spell your grocery lists or party invitations. Deciphering a few misspelled words in a two-sentence tweet isn’t too burdensome … So if you want to chat in leetspeak or use cutesy abbreviations in your texts, go crazy. You’re talking to your own tribe; they know the code, and they’re willing to indulge your affectations.

In other words, let’s not throw out the baby with the bathwater*—there is room in our evolving language for necessary rules and equally necessary innovations. The persistent flow of new words—and yes, even new spellings—into the lexicon proves that.

*Though fewer clichés like that would be great. My bad.

So while it is important to respect the rules, particularly in any formal situation where clarity is of the utmost importance (“Dear Sir, It has come to our attention that you are a tiger…”), you may keep your Valentine’s Day candy heart light.

Because LUV will always find a way.