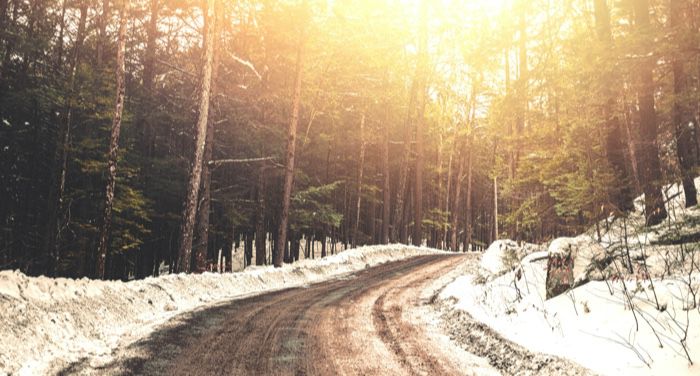 The exact geographical boundaries of the region dubbed “Upstate New York” are a matter of debate: those from the City apply the term to everything that isn’t, well, the City and its immediate suburbs. Those of us who grew up in the Capital District (in and around Albany) or in the even more arctic environs of Buffalo and Rochester are a little less generous, restricting the honors to places where your hair freezes solid the second you step foot outside a heated structure between October and April, because you gotta earn it, friends.

Regardless of where you pace it out, the region boasts quite a few literary achievements: it’s home to James Fenimore Cooper’s Leatherstocking Tales (including Last of the Mohicans), Washington Irving’s The Legend of Sleepy Hollow (yes, it’s a real place), Justin Torres’s We The Animals, and Mr. Splitfoot by Samantha Hunt. Western Upstate’s Burned Over District spawned a myriad religious movements such as: the Second Great Awakening, Mormonism, and Spiritualism.

It is also very, very haunted.

Which of its tales of murder and mayhem would make the best graphic novels and which creative teams should conquer them? Let’s take a look. 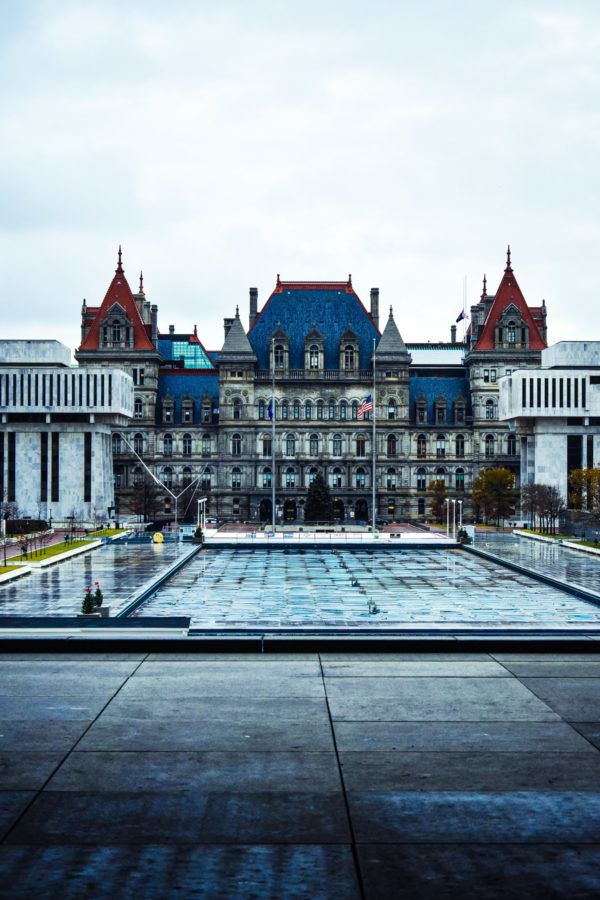 Contrary to popular belief, New York City is not New York State’s capital. I know, I know, difficult to believe. Located at the intersection of Washington Avenue and State Street in Albany, the building has served as the seat of  government since 1880. Its construction was supervised by five different architects and took 32 years to complete at a cost in excess of $25 million.

The Capital is purportedly spooky enough to warrant a “Hauntings Tour,” during which guides tell many terrifying tales. One is about a fire that swept the building in 1911, killing a security guard and destroying thousands of books but leaving a collection of Iroquois artifacts intact. Artist William Morris Hunt is also said to be a permanent resident: the year after the Boston fire of 1872 destroyed a the majority of Morris’s paintings, his wife left him, and in 1874 his brother died by suicide. Morris would never truly recover from the quick succession of heartbreaks. In 1888, a ceiling renovation in the capital building concealed the murals he painted in the assembly room, removing some of last remaining works from public view. He is said to haunt the area beneath them, causing cold spots and making lights flicker.

I spent the formative years of my so-called-goth life (ages 11–18) in a suburb of Schenectady and I didn’t know this cemetery was right around the corner; now, I’m going to die angry about it because if there’s a place I never want to revisit it’s the town in which I went to middle/high schools. Even for a purportedly haunted cemetery. Lest newborn baby goths suffer the same fate, let’s take a look at the legends surrounding Vale Cemetery.

Vale cemetery was established in 1857. One site claims that the first grave was dug on November 9th of that year for a 4-year-old-child. Gah. Some folx report creepy but pretty standard cemetery-at-night stuff: shadows, orbs and lights, singing and whispering. Hold up though, there’s more: apparently, some of the statues bleed not only from their eyes but the tops of their ding-dang heads. Bleeding statues go on the list. I don’t make the rules. As an added bonus, these bleeding statues are also rumored to scream. 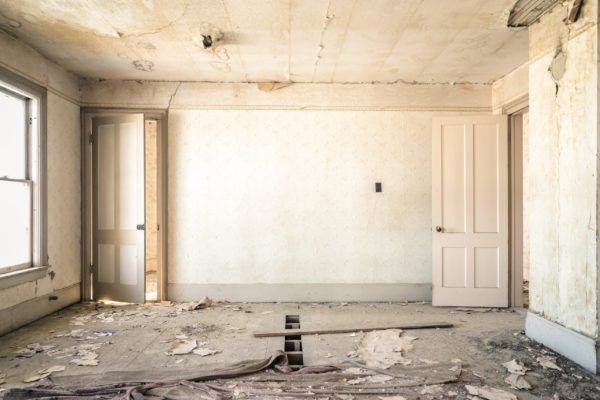 I didn’t find any reports of this one-time health spa being haunted, but the combination of being home to a ridiculous, mid-19th century, health-by-enema hot spot and now-dilapidated-and-condemned ruins is the perfect setting for a combination absurdist comedy-horror where someone is pissed they followed the insanely restrictive diet, purging schedule, and weird exercise regime only to die after getting hit by a runaway horse.

Construction on “Our Home on the Hillside”  was started by Nathaniel Bingham in 1854. Bingham, somewhat ironically, became ill before the structure was completed, and Doctor James Caleb Jackson took over the enterprise. Jackson is credited as the inventor of the breakfast cereal, his version so healthy it had to be soaked overnight to be made chewable. He gave it the oh-so-appetizing name of granula and later sued John Kellogg who…made a similar product to which he gave the same name. The two settled when Kellogg agreed to call his hockey puck granola.

Jackson insisted that hydrotherapy, vegetarianism, sunlight, moderate exercise, and fresh air could cure literally anything that ailed you. He brought in speakers such as Frederick Douglass, Susan B. Anthony, Elizabeth Stanton, and Horace Greely to exercise the minds of his patients. Alas, it turned out there were a lot of things not-actual-medicine couldn’t fix and the business went bankrupt in 1914. The army used the building briefly as a psychiatric hospital for World War I veterans after which various folx tried, and failed, to reopen it as a spa. The building closed permanently in 1971 and has been deteriorating since.

Here is what I’m seeing: privileged misters and matrons flouncing around, lecturing the ghosts of returned soldiers. Doctor Jackson lecturing the shades of more modern physicians, them arguing back, him smiling beatifically and trying, and failing to eat his own cereal. Ghost industrial cereal espionage. Very silly ghost medium exertion exercise classes. Ghosts begging visitors for cigarettes and cheeseburgers.

There are many other tales of haunted buildings, lakes, roads (New York State boasts its own version of 13 Bends), cemeteries, and homes in Leatherstocking Country worthy of graphic novels. Wherever you may find yourselves, if you want to track down some spirits for inspiration, or simply for fun, you’ll most certainly be able to do so. I cannot, in good conscience, leave you, my fellow lovers of the morbid and spine-tingling, without giving an honorable mention to Miss Fanny’s Victorian Party House because, while for the purposes of these posts, I’m trying to stay away from places that have been thoroughly “investigated” and are on well travelled tourist routes…it’s called Miss Fanny’s Victorian Party House and I mean honestly.

Talking to the Other Side: A History of Modern Spiritualism and Mediumship by Leonard, Todd Jay