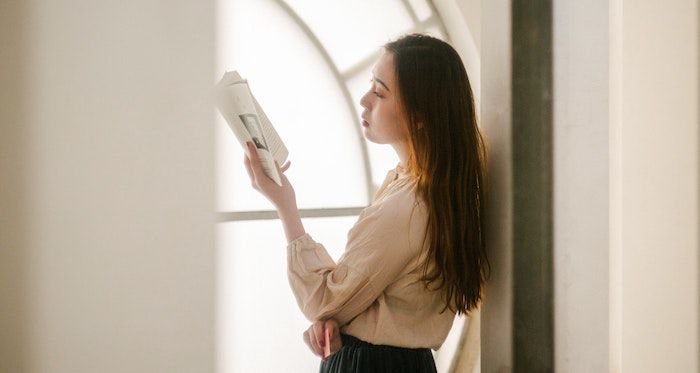 Each year I try to make sure that at least 50% of all the books I read are by women. In the past two years that has happened with ease, and in 2019 almost 70% of the books I read were by women. These women came from all over the world. They wrote fiction and nonfiction, about subjects from slavery to minimalism and everything in between. This isn’t to say that men contributed nothing, but after many generations of men being at the forefront of literary coverage and consideration, we can take a few minutes to glance over some of the best new bits by the womenfolk. 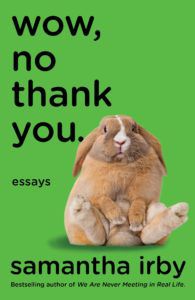 You’ll laugh yourself sick with this one. Irby, at 40, reflects on the things she can’t do anymore – like survive on just a few hours sleep. She discusses her determination to love her body even when everyone tells her she shouldn’t — and in typical Irby fashion, she bluntly talks about sex, the disgusting details of bodies and life, and where she feels she fits in. Irby’s blunt tone is honestly a godsend, and every single one of her collections is a joy- this one no less.

Eleanor, in her mid 30s, finds herself on a beach in Goa, pursuing some of her family’s history within the structures of the Raj with her elderly grandmother and grandaunts. Bereft after the end of her ten year relationship and the swift departure of her beloved stepfather from her life, Eleanor struggles to work out how these older women got to be so staunch- and how she might follow in their footsteps. Aside from the deeply charming anecdotes about her family, Wood is also hilarious and I laughed out loud on more than one occasion. If this is the future of nonfiction by women, it’s a laudable commencement.

In the midst of her 20s, Anna Wiener left her job in publishing to head west to San Francisco, where she took a job in Silicon Valley. She adopted the hoodies and casual clothing of the millennial tech revolution, and embraced a higher income. But working in tech has its problems, from sexual harassment to deep conflicts around privacy in the Valley. This is a coming-of-age story for today’s young women, and is an outright riveting read.

Sex and Lies by Leila Slimani

Slimani heads to Morocco to devise a series of essays about the sex lives of women in a country I’ve never visited. Slimani focuses on the conservatism and the push back against it in her essays, opening the eyes of the reader to universal challenges for women, as well as providing a great backdrop to Moroccan culture. You’ll learn something or feel something in each essay.

I Am Not Your Baby Mother by Candice Brathwaite

Lots of books about motherhood are written by white women. This isn’t one of them. Brathwaite’s experience of motherhood as a black woman bears no resemblance to the lighthearted, feathery descriptions we are fed by magazines and television shows. Brathwaite started a blog in the mid 2010s to challenge the status quo of motherhood, and along the way brought some searing commentary about British society to the table. This is a straight-talking story, with a lot of heart and a directness that is all too lacking for this topic. 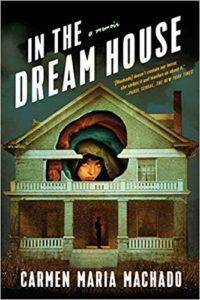 This is a little cheat because it came out in January, but I can’t not include it and I’m sure you’ll forgive me. Separating her current self (I) from her past self (you), Machado uses a series of literary tropes to investigate the story of the Dream House, where she lived with an abusive and cruel partner for a year as she commenced her writing career in the early 2010s. Macado tears down the walls of domestic violence, shining a light on home violence in the queer community and examining through her own fragmented memories what it means to survive a relationship like this. I read this in two sittings, and though it’s harrowing in places, it’s a breath of fresh air that avoids misery and commands power.