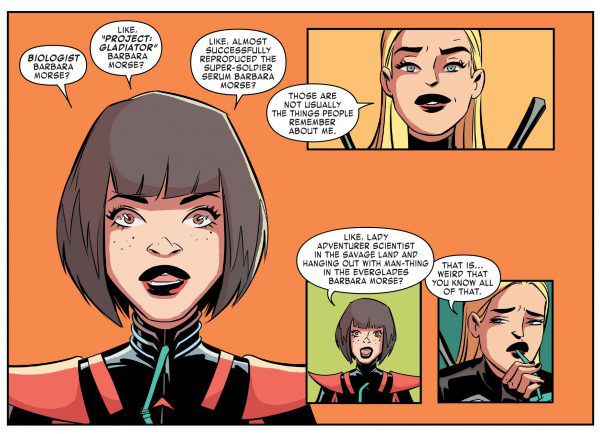 Mark June 12th, 2018, on your calendar as the day Marvel Comics, for the first time in a very long time, did something right.

They decided to bring back Unstoppable Wasp. 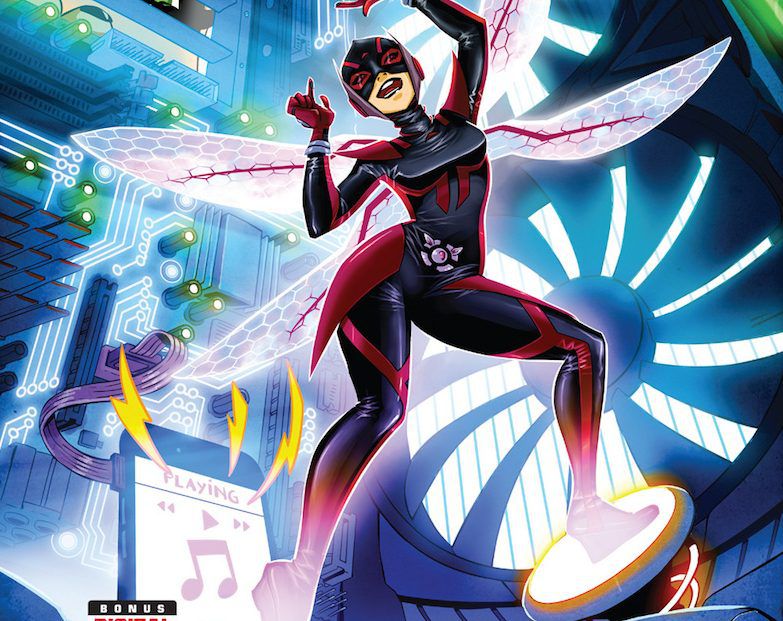 Score one for the good guys.

Well, score one for anyone who loves comics, really.

Jeremy Whitley’s Nadia Pym was raised in the Red Room after the death of her mother (yes, that Red Room), her scientific genius leading her to be assigned as a denizen of the spy organization’s R&D division. After escaping her captors, Nadia fled to the States, hoping her father, Hank Pym (the original Ant Man/Giant Man) would take her in. Upon her arrival, she discovers Hank is dead and failed to reveal her existence to Janet Van Dyne (Hank’s second wife and, more importantly, the original Wasp). Initially at a loss for purpose, even after discovering she’s inherited a fortune and house from Pym, Nadia decides she will use both the scientific and fighting skills she learned in her youth to become a hero. She tests the waters with a few solo missions before realizing that the best way to fight international crime, and rampaging dinosaurs, is with a team of like-minded ladies, to whom, she determines,  Janet and Bobbi Morse, aka Mockingbird, will serve as mentors.

She names her team Agents of G.I.R.L.

Those Agents are the most talented and brilliant young women in New York, and on the planet (Moon-Girl points out during the recruitment pitch that she’s recently been deemed smarter than Tony Stark). They come from all different backgrounds, ethnically and economically. They come from different kinds of families. Some of them are LGBTQIA+. Some of them are disabled. Some are former Red Room assassins and some have never left New York. Some have worked the hero gig and some have spent their times with computers or soldiering irons.

They are all valuable. As scientists, as engineers, and as humans.

The girls don’t necessarily trust one another at first, and that makes sense: in many ways, Nadia’s offer is to good to be true. But they give her, and one another, the opportunity to tell their stories, to show one another their skills. They listen to each other. There is none of the petty backbiting or mean girl nonsense that appears in so much middle grade/YA literature: the Agents of G.I.R.L. take the time to get to know one another, to problem-solve with one another, and to respect each other.

How else would this Wasp become unstoppable?

Unstoppable Wasp also explores the relationships between women and girls and how important they are: Nadia would have done fine on her own, but Janet, who never particularly wanted children and had no idea she had a step-daughter, decides she isn’t going to let Nadia drift. Despite the many issues she and Hank had during the course of their relationship, including the fact he abused her mentally and physically, Janet steps in to fill the roles of mentor, friend, and authority figure. She doesn’t try to become Nadia’s mother: that isn’t the right role for either of them. But she does become a friend, a confidant, and a place of safety for a lost child. It’s a different sort of story than we’ve usually seen in comics, where older women either become harsh teachers or doting parental figures, but rarely anything in between. With the addition of the Agents, Nadia’s found family, her family by choice, is stronger than most genetically bonded organisms are. 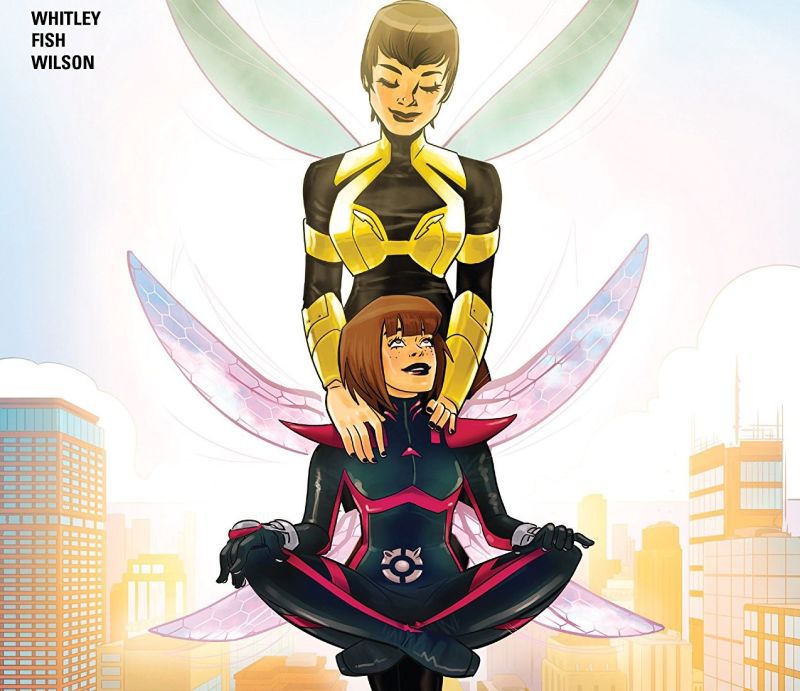 This comic was a bright spot in the Marvel line while it ran, and we fans felt it keenly when the book was cancelled, followed quickly by several other female led books and books with any sort of positivity whatsoever. My daughter, who was 5 at the time, and a lover of comics, math, and science, was furious. I purchased the trades for a friend’s middle-school language arts classroom and those kiddos were none to thrilled when they ran out either.

Guess who’s even more excited than I am about the return of Unstoppable Wasp?

I can’t speak to my friend’s students but my daughter did a dance and made up a happy song after I delivered the news.

Can’t get a much higher recommendation than that.

What can we expect in the new adventures of the Agents of G.I.R.L.? Says Whitley:

They’re science ladies having science adventures! All of our Agents of G.I.R.L. are back, and they’re all on the same mission: to change the world through science. They’re also going to be Nadia’s back-up in the field in ways that are new to this volume. It’s always useful to have four of the smartest scientists in the world in your earpiece, but we’ve got a few other ways for them to get in on the action.

The Unstoppable Wasp by Jeremy Whitley and Gurihiru launches October 3, 2018.