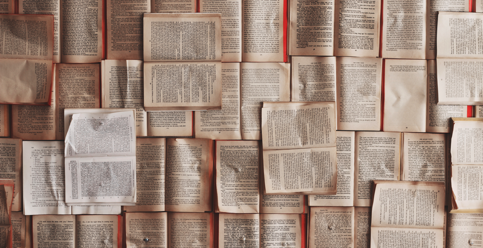 I watched The People Vs. George Lucas recently because it auto-played on Hulu after I finished watching a documentary about Bill Finger, the secret co-creator of Batman. People is by no means a recent flick and I actually find the central question of shared ownership between creators and fans fairly boring (in that it seems to already have a pretty easy answer). What did grab my attention was a discussion about the differences between how Lucas made the first trilogy and how he made the prequels.

The documentary described first films as a collaborative effort; the prequels, in contrast, were more dictatorial, the result of Lucas executing his vision, emphasis on his. I tweeted what was probably an unadvisedly long thread about the pitfalls of creators getting wrapped up in their own vision, but I wasn’t thinking about Lucas at all, even though I was referencing him; I was thinking about authors.

I was thinking about authors who, riding on the laurels of their own success, start to put out longer, more bloated, less creative novels. I was thinking about authors who get very attached to their own visions and stop remembering that art is always a collaborative process; even if you create in isolation, art is interpreted and changed the moment it is observed by another person. I think we’ve all experienced this ourselves, even if we’re not artists–do you ever show someone your favorite movie, or have them listen to your favorite song, and suddenly you’re seeing or hearing it in a different way because you are seeing it through that person’s eyes? Nothing has changed but everything has changed.

I think the “it’s my vision and I can do what I want” attitude can be very dangerous. The idea that your words will be observed and interpreted seems, at least in part, to drive a push to create better art. Not just to impart a vision, but to really blow someone’s socks off who is reading the book. Writing not to converse with me as a reader but to blast me with a very precise vision reeks of creative hubris and doesn’t interest me as a consumer of media.

I’ve had all of this in the back of my mind for days, and it was on my mind when I started on Abstract: The Art of Design on Netflix. In the first episode, artist Christoph Niemann talks about a pitfall to having a creative job. Specifically, what happens when a client wants you to replicate something that you’ve done before, but that particular work was maybe one of the best things you’ve ever done? How do you replicate a stroke of creative lightning?

Again, it made me think of books. It made me think of how an author can have a stunning book that puts them on the map, and then a few okay or even meh books. I thought about that process, and how us loving books makes the authors attractive to publishers; how publishers want to then hire these same authors to recreate those lightning strikes. And how hard it is to replicate lightning.

I’m just going to put this out there: I’d rather read something new and different than for publishers to play on my fandom of an author by releasing a so-so book by that author. I’d rather just have fewer books by that author than a couple of good ones and a bunch of okay ones.

I feel like I might be in the minority on this. I’m okay with that, even though I know it means nothing at all is going to change.

I want to read books from my favorite authors, but I want them to earn it every time. That sounds precious of me, I know, but fandom has proven to be very, very, very big business for creative industries. These industries know that we will put out money for our favorite creators and creative properties. Our attention is valuable to Big Creative; thing is, it’s also valuable to us. My time and money is valuable to me. If I am a fan of something or someone to the point that I will absolutely spend money every time a new book or (insert buyable thing here) comes out, that’s significant. Frankly, it gives us fans quite a bit of power to shape the creative landscape.

I think of fandom like an informal contract. I’m saying, here, creator. I have decided that I like you and will gladly support you with my dollars in whatever you do. In return, please keep doing things that I want to support.

I feel like that second half gets glossed over more often than I’d prefer as a fan. Or it gets burned in effigy as a giant, clumsy straw man: “Fans complain because they want me just to do whatever they want in a story. You don’t get to tell me how to write my story. I don’t owe you anything! You aren’t the boss of me!”

Naw, naw. I don’t want to hold the strings while you puppet-write a book; most fans don’t. I just expect you to write a good book. I want you to write with the inkling that someone will be reading it; I want editors to tell you when something is subpar; I want the threshold not to be “let’s sign you up right now for five books because you are hella popular and people will buy anything with you name on it” but “let’s publish your book because it’s fucking great, and if you write another book, hit us up and we’ll see”. I want you to think less about your vision and more about the conversation between you and me. I want to have my side of the contract respected and honored as I respect and honor yours. I want not to feel like Big Creative sees my love of your work as a giant moneybag that they can keep dipping into because they pushed out another Thing I Am Supposed To Like.

I know that wanting change for this is a pipe dream; tapping fandoms for cash is effective and it’s lucrative, so there’s absolutely no reason to listen to some precious book writer on the internet. And I know that I already have the tools to read the way that I want to read, and I often do exactly that. I still wanted to get this out, because, if nothing else, it highlights how powerful our eyes can be. A major author might get puffed up about their vision (and is it weird that I have a vision of my own, of that author ranting about their vision in an ornately embroidered dressing coat, storming around on plush carpet in front of some wide open windows overlooking the sea, a tiny floofy dog with a bow in her hair nipping after them, before settling, exhausted, into an overstuffed chair with a mimosa to take the edge off? Because that’s what the “WRITING MY VISION” declaration feels like to me every time I hear it), but there would be no puff without thousands of us underneath, lending our time and attention to what they’ve done. Our fandom is a powerful force, and we should not forget that.