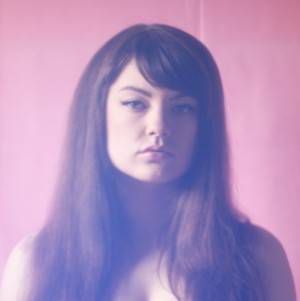 This is a guest post from Vanessa Willoughby. Vanessa is an editor and a writer. Her work has appeared on The Toast, The Hairpin, Bitch, Thought Catalog, and Literally, Darling. Follow her on Twitter @book_nerd212.

Marie Calloway is one of those writers that tends to get lumped into the same category as her mentor and Muumuu House publisher, Tao Lin. She’s a part of a new literary cliché, writers offering their naked vulnerabilities to blogs instead of old-guard literary magazines, utilizing social media as an extension of their writing personas. Their writing is for the Tumblr and Twitter generation, bite-sized heartbreaks dotted with prescription pills and affairs gone to stagnation, hook ups confirmed by emoji-filled text messages. Her debut novel, what purpose did i serve in your life, does not chronicle the romantic, starry-eyed city adventures and coming-of-age milestones of a Manic Pixie Dream Girl. Calloway’s writing is dependent upon dialogue, on the awkward mating rituals of a creatively-inclined young woman who does not run away from her sexuality. Like the assorted characters in Mary Gaitskill’s Bad Behavior, Calloway’s narrator follows her curiosities, even if that means getting spectacularly burned or being hollowed by the indifference of her male conquest. In an interview with Vice, Calloway believes that to some extent, the patriarchy is inescapable. She admits, “I think it’s impossible to separate what I as a woman want to look like from living in patriarchy. Federici talks about how we are always expected to do all this ‘work’ as women, dieting and buying pretty clothes. We have to do all this work to be capable of being loved…But it’s difficult to escape entirely, and we should not be hard on ourselves.”

As a young woman who firmly believes in feminism and gender equality, I sometimes feel a little guilty about my indulgence in makeup and fashion, even though I truly engage in such things out of my own will, and not to turn heads when I walk out the door. It would be a lie to say that I don’t care at all about my looks or how I am perceived; I think that sort of immunity against the forum of public opinion is a hard-won privilege. Calloway’s novel captures the balancing act between autonomy and patriarchal submission. In her most infamous story, “Adrian Brody,” the newly twenty-one year old protagonist meets up with an older, well-known writer and literary critic in Manhattan. The protagonist contemplates sleeping with him (and eventually does), even confessing, “I was actually trying to explore my reverse Lolita complex with him, but I backed off after that because it seemed he wasn’t into it at all.”

Critics claim that Calloway’s work is not elevated literature, that it’s shallow, selfish, absorbed, lacking universal connection. But haven’t numerous books, works considered to be in the canon of esteemed Western literature, chronicle the sexual exploits of a white man determined to satisfy his libertine desires? Calloway’s exploration of the self via sexual encounters is really no different than say, Henry Miller, who took great delight in graphically describing his paramours and the specificities and quirks of their physical bodies. Perhaps people are looking for overt sentimentality, of a weepy woman broken down by casual sex that leads to confusion rather than growth. Isn’t that what people demand? That Calloway be deeply ashamed of revealing these escapades, that there be some sort of sheepish apology hovering over the narrative? The story “Adrian Brody” does not sensationalize this May-December relationship, not in the way that it would be seen through the perspective of a male narrator. But Calloway does not present herself as Wonder Woman or a seasoned femme fatale. She recounts how she tripped while running towards Adrian Brody, falling in the middle of the street, shoes popping off. At the same time, she has a certain power over this man, who doesn’t seem to mind cheating on his girlfriend to spend the afternoon with this younger ingenue. Later, she asks Adrian Brody to take her picture on her cell phone after they’ve had sex. Calloway’s honesty, the willingness to show rationale yielding to fatal impulses, is what makes the narrative an honest, nuanced portrayal of womanhood.