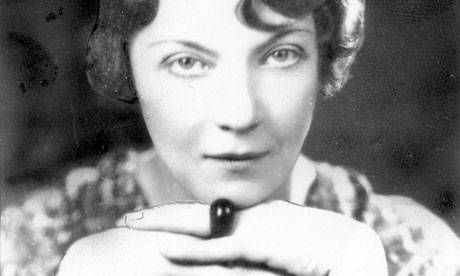 Do all main characters have to be likeable? For some readers, a likeable character and/or narrator is the only gateway into a novel. Without the pleasant, inoffensive voice of the novel’s guide, the closed-off reader may dismiss a novel that thrives because of its rough, unapproachable, even feral character. Although my reading tastes have changed over the years, I can’t recall a period of time when I put a self-imposed ban on any novel or work of literature that didn’t have a likeable protagonist. When we read a novel, we are often reading about the fictional personal history of strangers. When did history solely focus on safe, simple, reliable people? When did history only immortalize those who possessed a clean and pious record of saintly behavior?

In her third novel, Voyage in the Dark, Jean Rhys conjures the character of Anna Morgan. Although not entirely true to the author’s life, it’s been widely acknowledge that the novel heavily borrows from the author’s culturally varied background. Anna is a recent transplant to England from the West Indies. She is still in the late stages of teenagehood and finds work as a chorus girl. She misses her native home with a fierce and very potent ache that ultimately fuels her depression and self-destructive apathy. Unlike the witty heroines of a Jane Austen novel, Anna’s inner misery prevents her from rising above her challenges. The text even seems to suggest that upon leaving her beloved West Indies, Anna decided to completely shut down. She chooses numbness in order to mute the unbearable pain. In her essay titled Go On and Hate Me: The Remarkable Handling of Pity in Jean Rhys’ Voyage in the Dark, author Rachel Howard notes, “Anna Morgan is the essence of ‘unlikeable’ character, if by ‘unlikeable’ we mean that she refuses to allow anyone to sympathize with her. One of Anna’s defining traits is that when she elicits pity, she trounces it.” Howard’s succinct observations pinpoint the core of Anna as an unlikeable and aloof character. Rhys has created a character that is both hopeless and certain of her fate, a young woman who is more so governed by the strength of her pride than her heart.

For Anna, the absence of the West Indies is akin to the abrupt absence of a lover. The feeling goes beyond feeling homesick. In the haunting opening of the novel, Anna says, “It was as if a curtain has fallen, hiding everything I had ever known. It was almost like being born again.” Later on she adds, “…I got used to everything except the cold and that the towns we went to always looked so exactly alike. You were perpetually moving to another place which was perpetually the same.”

When I first read Voyage in the Dark, I interpreted Anna’s detached narration, the lack of visceral, emotional confessions, and her hapless luck as symptoms of defeat. A wounded soul who employed the wrong defense tactics. A young woman who was terrified at the idea of growing up and calling this strange land her new home. Anna doesn’t want to be saved. It would interfere with the comfort of wallowing in her melancholy. I also understood that Anna was not meant to be a Pollyanna carbon copy, nor was the reader’s sympathy intended to excuse Anna of her more rotten character traits. In the first chapter, Anna casually describes England and her environment with less than PC words. She says, “Market Street smelt of the wind, but the narrow street smelt of niggers and woodsmoke and salt fishcakes fried in lard.” The usage of this word to describe black people deliberately sheds light on Anna’s mindset, in addition to her race and level of white privilege. Anna may be an outsider, but in no way is she the same type of outsider as the silent and nameless black characters. Her depression may be connected to her class standing, but it is not the result of systemic, historical, and/or overt racial discrimination and oppression.

As a young black woman reading this novel, who was typically one of the few black students in her middle school and high school classes and had to endure the sheer awkward terror of hearing white classmates smoothly pronounce THAT word while reading Huckleberry Finn, Black Like Me, and To Kill a Mockingbird, one would assume that I’d toss the book across the room. Yet what kind of reader would I be if I simply discarded every book that made me uncomfortable? Unlike the aforementioned books, I have always been drawn to main characters who can reflect parts of myself, who can speak to the nuances of existing and fighting to live in a male-dominated world. Not tragic heroines who only exist within the parameters of that label, but girls and women who become entangled in a lifestyle of tragedy. The novel’s language is mesmerizing. Revelations appear to be bursting at the seams, but are in fact, a cloak over real vulnerability. Anna Morgan loves in a way that I understand, can even identify within myself.

When you are trapped in depression’s hold, it feels like you’re forever swirling around and around a drain. Depression, like mental illness in general, is still a taboo subject. Our culture continues to regard it as something sinister and defective. People hear the word “depression” or “mental illness,” and they succumb to the heartlessness of their ignorance and judgment. They simply think of mental illness as some horrible affliction that’s beneath them. They picture dirty insane asylums of yesteryear, people babbling nonsense in padded cells, a corrupted mind suddenly alien. They call us “crazy” as though it were a slur.

Although Anna actually spends more time talking about outside environments and people’s actions rather than internal states, I saw this choice as a mildly effective way to keep things in control. Depression leads to apathy and apathy disrupts a person’s ability to give and receive love. Sometimes in the dead of night, I travel back in time and remember the relationship I had with the only boyfriend that received an I love you. Things weren’t always sunny skies and pots of gold at the end of rainbows. We both pushed each other away. Like Anna’s lovers, he never really understood me. Like Anna, my depression and overall low self-regard transformed into an indifference that caused destruction.