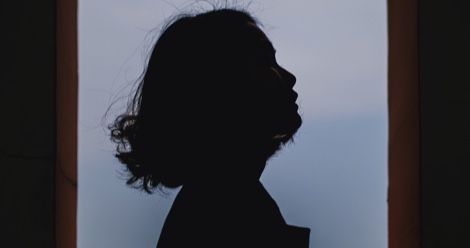 I love “unlikable” women in fiction. I like their flaws, their sarcasm, their gruffness, their impulsive decisions, their unapologetic personality, their cunning ways, their confidence, and so much more. These fictional characters don’t follow the traditional standards placed onto women. Unlikable women in fiction are real. They have unfiltered personalities. They don’t owe the world, or any person, a single thing. These women refuse to back down from a challenge or get pushed into a corner.

I put quotations around the word “unlikable” because I don’t believe that these strong-willed characters are truly unlikable. They may not be every reader’s cup of tea, but they aren’t inherently unlikable. Women in fiction are unlikable because they don’t conform to what women are often expected to be, i.e. quiet, passive, perfect, polite, perfect.

Women, in society and novels, must take up as little space as possible. They aren’t allowed to speak out or make mistakes. Fictional women must remain calm in every situation. They often get looked down upon and called “emotional” when they act impulsively. The moment a woman has an attitude or stands up for what she believes in, she is automatically seen as an antagonist of the story.

Women in fiction must adhere to an impossible standard. They get labeled as whiny, rude, etc. when they stand up for themselves, or they are morally grey. But I like these flawed characters who aren’t afraid to speak out. I like how they refuse to fit into society’s twisted expectations that force women to act the same and fade into the background.

Here are some unfiltered, unapologetic women in fiction that have inspired me lately:

Evelyn Hugo is a wondrous woman who is not only suave and independent but also outspoken and ambitious. She will do everything in her power to get her way. Evelyn is a Slytherin queen when it comes to succeeding in her career in Old Hollywood. She is not afraid to speak her mind and does not exist to please everyone she meets.

One of my favorite quotes from the novel is: “I’m cynical and I’m bossy, and most people would consider me vaguely immoral.” Evelyn doesn’t care if her character is held up in a negative light. She owns her flaws and runs with it. She doesn’t care that she isn’t perfect. It’s wonderful to see such a resilient woman own her cunning personality, even if she ends up making a few enemies along the way.

Julia Reyes – I am Not Your Perfect Mexican Daughter by Erika L. Sánchez

Julia Reyes is not your perfect main character. She is a compulsive, angsty teen dealing with grief and mental illness. Julia does not make the best decisions and sometimes says ignorant statements, but that’s what makes her so special. She showcases what it truly means to be a teenage girl pushed dealing with a whirlwind of familial problems affecting every area of her life. Her character shows what it’s really like to be a teenage girl dealing with a plethora of problems. She’s not perfect, she may be gruff, but she showcases this rawness that few women in fiction display.

Clara Shin – The Way You Make Me Feel by Maurene Goo

Clara is such a gem. She is sarcastic, rambunctious, and is a bit selfish. She reflects who I was when I was in high school. Instead of being poised and polite, Clara pulls pranks, makes sarcastic jokes, and is witty beyond belief. What also stuck out to me was the fact that Clara didn’t fix all her problems by the end of this novel.

She still has things to work through and isn’t that sure of her future, but that’s what made her so real to me. She is full of flaws, is snarky, and deals with an array of emotions. Clara came to life on each page because she didn’t abide by society’s rules of what a teenage girl should be.

Unlikable women in fiction mirror my own personality. I’m brutally honest, outspoken, bossy, and I make a slew of mistakes every day. I’m not perfect. I will not be put into a box. I was not put onto this earth to please others. Many may not like my personality. My decisions may not always be right. I may be unlikable, to some, but that’s perfectly fine because I identify with these fictional women for their vulnerability, their complexities, their range of emotions, and their faults that make them so much more relatable to me.

Before you get annoyed with unlikable fictional women, think to yourself: Why don’t you enjoy their vulnerability, their fiery personality, their flaws, their inability to be tamed? Why are women in fiction scolded for making mistakes or for overreacting to a situation, as if we all haven’t done that before?